Ibadan, 11 November 2022. – The National Aeronautics and Space Administration (NASA) and the South African National Space Agency (SANSA) have renewed their partnership in lunar exploration with the groundbreaking of a new communications facility that will help the Artemis missions return humans to the Moon. The ceremony came after the signing of a Letter of Intent between NASA and the South African Department of Science and Innovation (DSI) to formalize the space exploration partnership.

The facility will be at Matjiesfontein (MTJ), approximately 240 kilometers northeast of Cape Town. Furthermore, it will be one of three 18- to 24-meter communications Lunar Exploration Ground Sites (LEGS) antennas strategically around the globe to ensure near-continuous connectivity between astronauts on NASA’s Artemis spacecraft and those who will subsequently come to work on and around the lunar surface.

As a result, MTJ will join future LEGS facilities at NASA’s White Sands Complex in Las Cruces, New Mexico, and a future location in Australia. With a LEGS station in North America, South Africa, and Australia, the Moon will always be in Earth’s view to ensure essential, enhanced direct-to-Earth communications capabilities up to two million kilometers away through NASA’s Near Space Network (NSN).

Speaking on the location’s selection, Badri Younes, Deputy Associate Administrator for NASA’s Space Communications and Navigation (SCaN) program, said, “the location, weather, and existing infrastructure make Matjiesfontein the ideal place to build this antenna. We really couldn’t have asked for a better spot on Earth than here in South Africa, with whom we first partnered six decades ago to land the first humans on the lunar surface.”

Dr. Phil Mjwara, DSI Director General, also added that the partnership was mutually beneficial to South Africa, stating that the facility “will alleviate increased demand for NASA’s Deep Space Network (DSN), allowing Artemis to meet its goals and expand our scientific knowledge of key challenges to astronaut health and safety.” 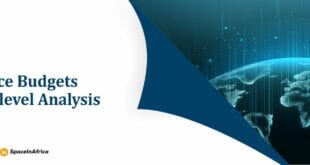 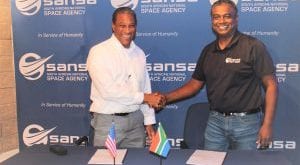 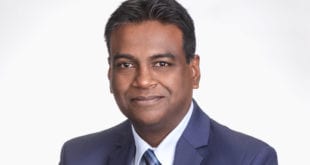