OneWeb has more than half of its constellation in orbit 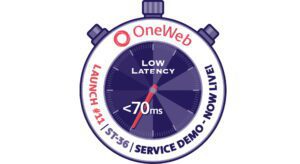 Luxembourg, 15 October 2021. – OneWeb launched another 36 satellites, bringing the constellation in orbit to 358, over half of the planned 648 satellites, the low Earth orbit (LEO) satellite company said.

The 36 satellites were launched by Arianespace from the Vostochny Cosmodrome in Russia. They separated from the rocket in nine batches over a period of nearly four hours with signal acquisition on all 36 satellites confirmed.

With this launch, OneWeb starts to demonstrate its services, showcasing the network’s hardware and capabilities across an array of applications, OneWeb said. It has demo centres at the company’s headquarters in London and at the Westcott Venture Park Innovation Centre in Buckinghamshire, as well as in the U.S., in Talkeetna, Alaska, and Germantown, Maryland.

OneWeb says it is now over the halfway point toward delivering global service by 2022 and is seeing growing demand from telecommunications providers, ISPs, and governments worldwide to offer its low-latency, high-speed connectivity services.