Peter B. Davidson joins Intelsat as VP of Government Affairs and Policy

Intelsat, operator of the largest integrated satellite and terrestrial network,  announced that Peter B. Davidson has joined the company as Vice President of Global Government Affairs and Policy. Based in the company’s McLean, Va. office, Davidson will lead the development of Intelsat’s government relations strategy globally, building relationships with individuals in the U.S. Congress and Administration, as well as international administrations and regulatory bodies that impact Intelsat’s business around the world. He will report to Intelsat’s Executive Vice President, General Counsel and Chief Administrative Officer Michelle Bryan.

“Peter is a dynamic leader with a broad range of experience, and we look forward to working alongside him to further advance our near and long-term government affairs initiatives. We’re pleased to welcome him to the Intelsat family,” said Bryan. Davidson brings more than 35 years of experience in government affairs, telecom and legal knowledge to his new role at Intelsat.

Most recently, Davidson served as Deputy Dean for Strategic Initiatives and Assistant Professor of Law, at the Antonin Scalia Law School at George Mason University. Before that, he served as General Counsel at the Department of Commerce, acting as the third most senior official and overseeing nearly 400 attorneys across all 13 of the Department’s bureaus.

Davidson has a Juris Doctor from the University of Virginia School of Law in Charlottesville, Va., and a Bachelor of Arts degree in political science with a concentration in political economy from Carleton College in Northfield, Minn. 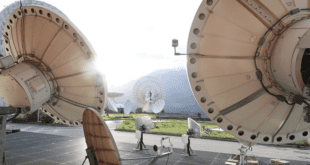 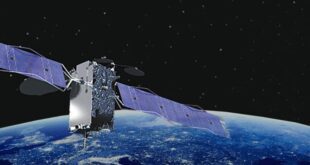