#SpaceWatchGL Column: Business as Usual in the Middle Kingdom

As we near the 2/3 point for the year 2020, it is starting to feel like a “lost year” for some. With many people working from home for the majority of the year, with borders largely closed, and with governments in turmoil, many are starting to ask whether 2020 can just be over already. Reasonable sentiment, to be sure.

That being the case, China has been a little bit different. While the country was subject to a brutal lockdown during February and March, things have begun to return to relative normalcy. From my vantage point in Hong Kong, I can feel safe knowing that the number of Covid cases in the city are numbering less than 20 per day, and have found everyday life to be relatively unobstructed, all things considered. From my contacts in the Mainland, I understand things there are even more “normal”.

This normalcy has also been reflected in the Chinese space industry, which over the course of this year has continued to grow rapidly, with new companies being established, existing ones announcing new funding rounds, and with technological advancements being made on a regular basis. This has been met by increased government initiatives related to space, something that has occurred at both a national and local government level. This has contributed to an increased splintering of the Chinese space industry away from Beijing. Longer-term, the increased involvement of local and provincial governments in concert with commercial companies will likely lead to innovation, albeit in a comparatively inefficient way due to overlapping responsibilities and duplication of work.

The case of iSpace

Despite the Covid-19 pandemic, 2020 has seen several large funding rounds for Chinese space companies, an indication of sustained interest and support in the sector.

Most recently, iSpace completed a massive round of funding in August 2020. The round has much to unpack. First—the timing. While much of the world remains in a Covid-19 induced lockdown, iSpace completed the largest round of funding of any “purely commercial” Chinese space company, at RMB 1.19 billion (>US$170M). It is nothing if not impressive that such a funding round can be completed at a time when the world remains in pandemonium.

The second interesting point to note about this funding round is the amount. Observant readers may question my “purely commercial” designation of iSpace above—this is to distinguish the company, and the funding round, from Expace, a nominally commercial company that is in fact a subsidiary of CASIC (China Aerospace Science and Industry Corporation), a major SOE (state-owned enterprise). Expace holds the claim of largest round completed by a “commercial” Chinese space company, having completed a RMB 1.2 billion (~US$180M) round of funding in late 2017, with the funding believed to come from CASIC.

It is interesting that iSpace, having secured enough investor funding to reach RMB 1.19 billion, chose to stop just short of the 1.2 billion raised by Expace. Coincidence? Maybe, but I would tend to think not. Also worth noting as a comparative reference is the ~US$140M round completed by Rocket Lab around 2 years ago. It would be very bold to say that iSpace will be as advanced in two years as Rocket Lab is today, but the company surely now has a comparable war chest with which to build things that go up.

The third interesting point about the funding round is the company itself. iSpace is the first (again) “purely commercial” Chinese launch company to have successfully reached orbit with one of their rockets, when the company launched its Hyperbola-1 rocket from Jiuquan in July 2019.

Having now raised nearly US$200 million, the company appears to have a long runway for further R&D, which the company has specified will include two major components: further work on the Hyperbola-1 rocket, and further work on the JD series of reusable liquid oxygen methane engines. Noteworthily, this two-pronged approach implies the intention to act as a “systems-level supplier” (i.e. a launch service provider), and also a “sub-systems-level supplier”, (i.e. selling reusable liquid methalox engines to, for example, CALT (China Academy of Launch Vehicle Technology)  or SAST (Shanghai Academy of Spaceflight Technology)).

Such an approach would be very sensible for most Chinese commercial space companies, given that the companies have the advantage of being nimbler with R&D efforts (allowing faster iterations for specific technologies), but also having a certain cap on how large these efforts can become (due to state-owned incumbents having much influence). As a result, commercial companies are put in a position where no matter what, they should consider the state as a major customer, and they should consider fast, iterative R&D as their unique selling point. Ultimately, this is not so different from a SpaceX or the like, insofar as SpaceX has the US Government as its “anchor customer”, with a value proposition of faster and more iterative R&D.

That being the case, Beijing Financial Street Capital was just one of the >10 financiers participating in this round. Interestingly, while many of the financiers were also state-owned, many were decidedly not. Readers familiar with the San Francisco VC scene will have inevitably heard of Sequoia Capital, a legendary American VC firm. The company’s Chinese office—Sequoia Capital China—was a participant in this round, as was Matrix Partners China. In short, this massive found of funding was supported by multiple blue-chip western VCs (via their Chinese affiliates), and multiple “red-chip” SOEs or other state-backed funds. Interesting bedfellows, Sequoia Capital and the Beijing Financial Street Capital Operation Center.

The recent iSpace funding round is by itself significant for the reasons discussed above, but it is also just the latest in a series of funding rounds that have continued despite the pandemic, and despite the potential oversupply of Chinese launch service providers. June 2020 saw Deep Blue Aerospace complete a RMB 100M (~US$15M) round of funding. Around the same time, the company announced a change of name and address, moving its HQ from Beijing to Nantong, in Jiangsu Province. Deep Blue has a focus on liquid methalox engines, among other things, and is most probably the most advanced of China’s “second generation” of launch startups.

The funding round and move to Nantong are indicative of several larger trends. Notably, city and provincial governments are playing a bigger role in the development of China’s space industrial base. In addition to Nantong aggressively recruiting iSpace and Galaxy Space (a unicorn satellite manufacturer that announced a “superfactory” to be built in Nantong), cities such as Chengdu have included provisions for space development in their medium-term plans. In the case of Chengdu, the city’s 2020-2022 “New Infrastructure Development Action Plan” included plans for a remote sensing space infrastructure, in partnership with local commercial space startup ADA Space (国星宇航).

Similarly, Chongqing has announced a “New Infrastructure Construction Action Plan”, which includes provisions for “future network equipment research”, related to satellite internet, IoT, etc. Several of these initiatives have been published in just the past few months, in line with the decision by the National Development and Reform Commission (NDRC) to include satellite internet on its list of “new infrastructures”. Similarly, Commsat announced a round of funding in May 2020 for ~US$40M, with the funding being used to build a satellite manufacturing facility, which the company specified would be building broadband satellites in coordination with the “new infrastructure” initiative to develop China’s satellite internet industrial base.

The rounds for iSpace and Deep Blue Aerospace were preceded by a major round of funding by Landspace completed at the end of 2019, at which time the company raised RMB 500 million (US$71M), in a round led by a private real estate developer (Galaxy Group). Outside of launch, Galaxy Space announced plans earlier this year for a “superfactory” in Nantong, with the support of the Nantong city government. With an alleged valuation of >$1 billion, Galaxy Space represents one of the most valuable Chinese commercial space companies, and its presence in Nantong should help develop a local satellite industrial base.

What to Expect Moving Forward?

The development of China’s space industrial base is in full swing. Provinces with tens of millions of people are pouring investment into space-related industrial parks, state-backed and private VCs are boosting valuations of Chinese space startups, and all the while, the country continues to return to relative normalcy in the wake of the Covid-19 pandemic.

Moving forward, expect continued rapid innovation, but with a lot of waste. For example, several cities are emphasizing the importance of building a satellite internet industrial base. Even more cities have jumped into bed with launch manufacturers, which is bound to end in disappointment for most of these cities, as there is no justification for 15 launch companies. This will also lead to an inevitable “thinning of the herd”. Companies that do not find a provincial or city government to offer support will be more vulnerable to an industry shake-out.

Finally, it will be important to watch the interplay of local government, national government, commercial companies, and the SOEs. These entities are already deeply intertwined—for example, CASIC has a long history in Wuhan, capital of Hubei Province, and as a result has used Wuhan as a base to establish Expace, a CASIC commercial subsidiary. With significant local government money and land available for space companies, the companies that have the strongest ability to align their own ambitions with those of specific provinces or cities will be at a clear advantage. 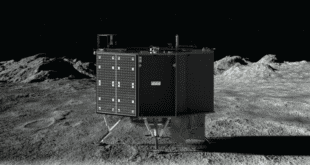 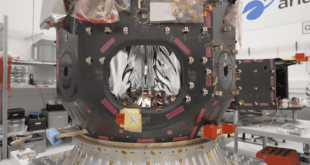 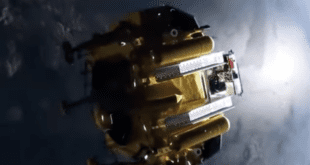