Recently CLS posted a nine slide brief on LinkedIn describing on how its Maritime Awareness System (MAS) software tool is helping maritime authorities all over the world understand what is happening in the Strait of Hormuz, which is a vitally important waterway because 40% of the world’s oil is shipped through it.

The brief is a great example of the space-based maritime situational awareness that we see as possible on a global scale if all nations of goodwill work together. There are now sufficient systems in space to do this worldwide if we all collaborate. That is the core of C-SIGMA, (Collaboration in Space for International Global Maritime Awareness)

CLS’ MAS is not just a picture but rather a tool which reaches down into multiple layers of sensor data and background information resident in many different files in multiple places using AI and machine learning to sift and sort the myriad inputs.  Among its many functions it has an anomaly detector built in, a necessity if one is looking to understand what is abnormal.

Clearly CLS has done its homework and MAS is a very useful tool, but it is not alone in the field.   At DGI Jan 2019 (one of the top conferences on GIS in the world) the whole first day was devoted to AI and machine learning in the GIS world. I was glad to see there was a panel on its use in the maritime world.  Even more gratified was that the panel generated significant interest.

I must admit that now that I am no longer a government employee I have no idea whose tool is best, but generally, competition is good.  No one “rests on their laurels.”  Indeed, everyone I know in this field is working very hard to make their tools better and better.  MAS is a great example.  Their marketing is first rate, and I suspect the tool is, too.

CLS’s MAS is very slick but see www.space-eye.co.in for an example of another tool that aims to do the much the same thing.   As I said above, I have no idea whose is better.  I just mention this tool first of several others because Its forerunner was CATE, (Computer Assisted Threat Evaluation), the first software tool I encountered that successfully addressed the requirements generated by the study ordered by President Bush’s from Air Force One on 9/11.  He tasked the head of the Navy to do an assessment of vulnerability of the maritime assets of the United States to terrorism.   His order  came down the chain of command like a thunderbolt and landed on my desk at about 0800 on 9/12/2001, less than 24 hours after the World Trade Center’s towers fell.  I originally started as the chief technology member of the team, but took over leadership at the end of 2001 and I have spent the rest of my life working on that task in one venue or another.

In response to that initial charge we wrote the requirements for just such a software tool as MAS in late 2001 and published it to the world in early 2002.  I already had significant experience in this area as I had written what became the mission needs statement for the Tactical Information Broadcast System (TIBS) at the end of the acceptance test of Rivet Joint Block III (RC-135W) in 1982 and then had been drafted to rewrite, with a team of smart folks,  the master implementation plan for its follow-on, the Integrated Broadcast System (IBS), which is still in service today, so I knew what multi-sensor date and information integration systems were supposed to look like and how they should function.

CATE, created in 2003/2004 was the first to meet the basic needs.  It was followed by CAMTES (Computer Assisted Maritime Threat Evaluation System) by Greenline Systems.  These two systems, especially CAMTES, were studied in detail by the US Navy and are the basis for SeaVision, the tool used by 84 nations in their military and law enforcement organizations.   Since it is a tool created in a US government lab it is not for sale, but several companies have built similar tools to do this same function.   Check out Windward, MAXAR/MDA, ICG Solutions LUX, and e-GEOS’ SEonSE, to name a few.

I would be happy connect anyone to any or all of these organizations, as well as to send anyone who wants it the last four chapters of my draft memoir, which address the history of much of this.  The first three chapters of the post 9/11 section deal with the period from 2001 to 2010 and detail the history of how all this came together to generate space-based Maritime Awareness.  First came the creation of Maritime Domain Awareness (MDA), then the Birth of S-AIS and finally I address the creation of C-SIGMA and how it came to be the instigation for Implementation Task #1 of the US’ National Space Policy.  The final chapter both looks to the future and is also meant to be a rough guide for anyone trying to build a space-based maritime situational awareness system. 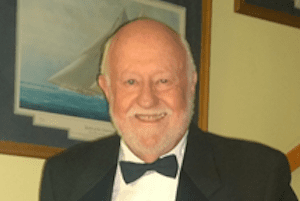 Guy Thomas is Contributing Editor for Maritime and Military Affairs at SpaceWatch.Global.

He is the inventor of Satellite AIS, a device which has revolutionized the maritime world, and author of the C-SIGMA concept, the basis for Task #1 of the US National Space Policy. He recently received clearance to publish his memoir, though its security review took 19 months and involved the NSA, FBI, and CIA, plus the Intelligence arms of the US Navy, Air Force and Coast Guard, plus the National Security Council, all places he had worked for or with in his career of more than 50 years.

Guy Thomas is currently seeking both an agent and  publisher for his memoir, titled “Out of the Shadows.” He can be reached at [email protected]. 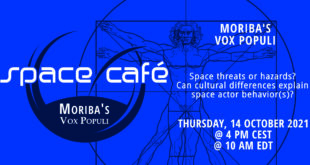