#SpaceWatchGL Op’ed: The US Capital Celebrates a Moon Landing

By Michelle Hanlon, Associate Director of the Air and Space Law Program at the University of Mississippi School of Law, Co-Founder of For All Moonkind.

It was a spectacle, perhaps one of the greatest ever to be hosted on the National Mall.  Projecting the pictorial narrative of what many, including this author, consider to be humankind’s greatest achievement onto the Washington Monument was a stroke of genius.  The obelisk commemorating the first President of the United States towers over the Mall.  The full-scale image of the Saturn V, the rocket that propelled humanity to its first off-world footprints, came quite close to filling the Monument’s profile offering viewers a concrete sense of scale.  At 363 feet (111 meters) the Saturn V is more than 100 feet (40 meters) taller than SpaceX’s Falcon Heavy.  The height is daunting.  It’s power almost unimaginable.

With the dark July sky as a stunning natural backdrop, the ignition sequence for the Apollo 11 mission unfolded with breathtaking drama.  The Mall was packed.  People crowded together on the grass filled with awe and even suspense.  Indeed, even despite the heat, tempers did not flare.  Instead, when a spectator shouted “down in front!” people actually sat down.  And everyone, consciously or unconsciously made sure that the youngest and smallest would be able to see.

As we waited for the show to start, conversation bubbled around us.  Sadly, too many people were unaware of the extent and success of the Apollo program.  One child was overheard asking a parent how many times “we’d” been to the Moon.  A stranger had to correct the parent who had answered “just the once!”  Perhaps not surprising given that just a week before, responses to a National Geographic Twitter poll indicated that 48% of respondents believed that Apollo 13 was the first human-built spacecraft to reach the Moon.

As the iconic countdown voice opened the show, chit chat continued, even through the historic speech of US President Kennedy.  It was the rumble of the Saturn V engines, which reverberated around and under the audience, that put an end to chatter.  We were reminded of the risk and peril involved.  And an electrifying and contagious current of excitement blossomed.  And just like that, we were all spirited away on what the US Smithsonian billed as one of history’s greatest adventures.

As one, we held our breath as the rocket performed separations, leaving three humans hurtling through the heavens in a tiny capsule.  We watched in awe as the Command Service Module docked with the Lunar Module and many audibly gasped as the LM skipped across the surface of the Moon.  Silence settled as we all waited for Neil Armstrong to settle his boot on the regolith and cheers rose with abandon when the iconic bootprint was projected onto the Washington Monument in vivid detail.

The safe and triumphant return of the three intrepid Earthlings who had taken humanity’s hopes, prayers and messages of peace to the Moon was better than anything Hollywood could have conjured.  The following tribute to the next six Apollo missions was moving, but probably lost on much of the crowd who likely had no knowledge that the program continued.  After all, on the evening that Apollo 17 landed on the Moon, more people chose to tune in to the US show All in the Family.

Then the event fell apart.  Much like public interest in the space program.  The last three minutes of the video seems an attempt to encapsulate all the National Aeronautics and Space Administration has achieved since 1969.  Clearly, it was intended to generate excitement for Artemis, the US mission to put humans back on the Moon by 2024.  Instead, those last three minutes illustrated the biggest hurdle facing space programs in any country today: public apathy.

We, as a species, are on the cusp of a new era.

But too many people just don’t know enough to care.  JPL’s YouTube video of the InSight Mars landing has less than 4 million views.  In contrast, Taylor Swift’s video for the song “Look What You Made Me Do” garnered 42 million views in 24 hours.

This is a knowledge, awareness and enthusiasm gap that we need to close sooner rather than later. Only if we capture the hearts and minds of the public can we build the political will to implement the changes we need to support and grow a sustainable space economy.

Of course, this is not an easy task.  A look at history suggests why.  Do you remember where you were on December 17, 2003?  That was the 100th anniversary of another remarkable turning point in the history of humanity: the day humans proved they could master powered flight.  It was a breathtaking achievement that made the world smaller, brought people closer, and created an industry that today supports more than 58 million jobs.  Air transportation is a major contributor to global economic prosperity, provides significant social benefit and greatly aids in search and rescue operations.  Yet you probably don’t think about the innovation, perseverance and persistence of the Wright Brothers when you board an airplane.  I certainly don’t!

But thankfully, some people do.  That’s why the flight path of the Wright Flyer, the site where humans first achieved powered flight is protected.  I may not think about that first flight every day, but I did take my sons to Kitty Hawk and together we were inspired by human ingenuity.

Protecting and preserving sites of historical significance allows humanity – with our short memories – to recollect and draw lessons and inspirations from our past.  The world has suffered through many wars, but it’s only when you visit old battlefields, like Point du Hoc, that you are exposed to details of inconceivable valor, staggering suffering and timeless courage.  From these sites we are reminded of the bottomless and enduring cost of battle – and hopefully we learn to be better versions of ourselves.

That’s why we need to protect Tranquility Base and similar historic sites on the Moon and in outer space.  Our future spacefaring selves may not think of the first lunar landing every day.  But our progeny must have the opportunity to visit, be awed and motivated by one of humanity’s greatest achievements.  After reliving the Apollo 11 lunar landing on the National Mall in Washington, DC, the message is loud and clear.  Humans can do anything they put their collective minds to.  Today, the strongest reminder of that can be found in bootprints on the Moon. 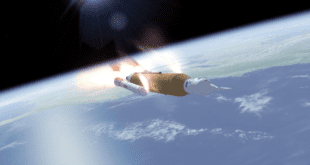 Artemis I faces delays after fault found during testing 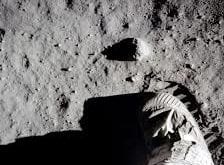 #SpaceWatchGL Share: Moonwalking, When other worlds belong to women 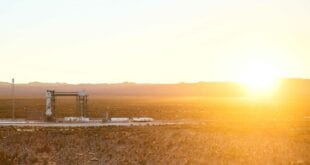