The University of Leicester is delighted to announce that its new Manufacturing, Engineering, Technology and Earth Observation Research Centre (METEOR) has received nearly £14 million in funding through Round 6 of Research England’s flagship capital investment scheme, the UK Research Partnership Investment Fund (UKRPIF). This funding will leverage a further £50 million of investments in space and Earth observation (EO) research in Leicester.

METEOR will be a key part of Space Park Leicester, a new, world-leading research, innovation and teaching hub that will bring together academic research, including from the University of Leicester, and industrial space and Earth observation R&D. This internationally unique approach to understanding and delivering space capabilities will position the city of Leicester at the cutting edge of UK space technology.

The Centre will revolutionise how satellites are conceived, designed, operated and produced, as well as how data derived from them is interpreted and used to solve real-world problems. It will:

Space Park Leicester is due to open in late 2020. Industry partners will be able to develop new services and technologies with the support of academic researchers, with invaluable access to a flow of talent and a vibrant innovation community.

These applications and services will support a variety of sectors beyond space, including agriculture, environment, transport and logistics, retail, financial services, energy and health.

The UKRPIF award is the largest funding award made to the University in its history, and Leicester is the only university in the Midlands to be awarded UKRPIF funds in this round. UKRPIF requires double-match funding from non-public sources, and the funding for METEOR has leveraged co-investment from a range of project partners, including Airbus, Lockheed Martin, Thales Alenia Space and a host of other companies large and small.

11 projects are being funded through Round 6 of UKRPIF, totalling over £670m of new investment into UK research and innovation. Funding includes £221m of public funding from UKRPIF and over £450m of committed co-investment from businesses, charities and philanthropic donors.

Professor Edmund Burke, Acting Vice-Chancellor of the University of Leicester, said: “We are so delighted to have been awarded the METEOR funding. Leicester has a reputation for developing cutting-edge space technology, with University-built instruments in space every year since 1967. For over 50 years we have played key roles in space missions including playing a significant role in the BepiColombo mission to Mercury, which launched just last year. We look forward to Space Park Leicester being a catalyst for future space advancements and the University strengthening our expertise as we contribute towards the UK’s ambition to be a world leader in space.”

Leicester City Mayor Sir Peter Soulsby said: “This is exciting news for Space Park Leicester which recognises the University’s excellence and international profile in the field of satellite technology and Earth observation.

“I congratulate the University for securing significant funding from the UK Research Partnership Investment Fund and I look forward to continuing to support the development and growth of Space Park Leicester.”

Kevin Harris, Chair of the LLEP Board of Directors, said: “Space Park Leicester is central to our long-term strategy for Leicester and Leicestershire. The aim is to build a world-class centre of space research and innovation, which will be at the centre of the United Kingdom’s space technology industry for decades to come.

“The LLEP has allocated £12.88m from our Local Growth Fund to support the development of Space Park Leicester and the area is also one of the designated sites within the Loughborough and Leicester Science and Innovation Enterprise Zone.

“The project is a true collaboration between academia, business and government – both local and national – as we harness the space industry to benefit our region and the wider UK.

“As Chair of the Leicester and Leicestershire Enterprise Partnership, I have seen first-hand what this kind of collaborative effort can achieve, and how significant investments in infrastructure and emerging technologies can grease the wheels of economic growth and prosperity.” 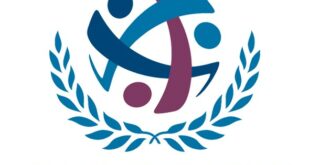 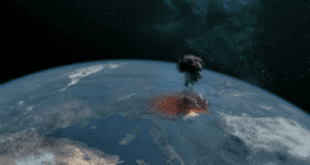 #SpaceWatchGL Opinion: Satellites in a world of Crisis 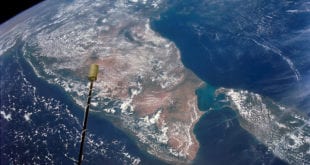