Ibadan, 4 November 2022. – POLARIS conducted a 4-day flight campaign at the Airport of Peenemünde on the Baltic Sea, lasting from Friday, 28th to Monday, 31st October. While previous demonstrator flight test campaigns took place at the local Airport of Rotenburg/Wümme close to Bremen, POLARIS now requires significantly larger airspace for high-performance testing. As a result, it selected Peenemünde Airport for flight testing due to its unique geographic conditions. The Airport is the only airfield in Germany that offers a long runway (2.5 kilometers) directly heading toward the sea without having settlements in the approach corridor or close to the Airport.

The ED-R Peenemünde has a maximum extension of 27 by 14 kilometers and covers approximately 260 square kilometers. POLARIS is the holder of the ED-R, which initially existed for several weeks. The company can also activate and deactivate via NOTAM. No other aircraft may enter the ED-R when it activates for POLARIS flight testing.

The demonstrators ALEDA (Demo-2) and ATHENA (Demo-3), both with a total length of 3.5 m, were based at the Airport during the campaign. ALEDA is a comparatively lightweight vehicle, while ATHENA, built under contract with the Bundeswehr, is significantly more powerful, with a nominal take-off mass of 120 kg.

During the campaign, ALEDA conducted 13 flights operated by world-class drone pilots Niels Herbrich and Christian Hidde. All flights proceeded perfectly without encountering a single issue. Also, take-off and landing on the relatively rough runway surface of the Airport went smoothly on all flights. The primary purpose of the flights was to investigate flight stability and to identify and adapt flight controller parameters. ALEDA, which accomplished its first flight three weeks earlier in Rotenburg, has conducted 16 successful flights.

The October 2022 campaign forms the first of a series of flight campaigns at Peenemünde Airport in 2022 and 2023, with increasing size and performance demonstrators. These demonstrators will pave the way to future spaceplane-based access to space from Germany and Central Europe, using conventional runways rather than classical launch pads. 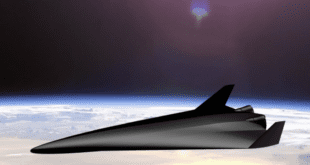 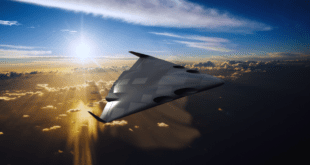 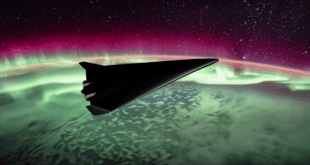