The Moon Village Association recently created the Benefit Sharing Project to consider the sharing of benefits from the exploration and use of outer space. Following its initial meeting, there was a recommendation that “we should make explicit the need to figure out how to handle commercial confidentiality.”

The sharing of information is a subset of the general topic of how the private sector should share the benefits of outer space, and the sharing of the benefits is an extremely important topic that must be addressed as humanity expands its presence and activities. It is the first topic addressed by the Outer Space Treaty of 1967:

“Article I. The exploration and use of outer space, including the moon and other celestial bodies, shall be carried out for the benefit and in the interests of all countries . . .”

That obligation extends to a country’s nationals, including private entities:

How shall we then share the discovery of outer space resources?

Sharing the discovery of outer space resources: an example from the Moon Treaty

In my opinion, supporting the private sector is good public policy. We need the private sector’s resources, talent, creativity, and enthusiasm if we are going to have a sustainable human presence in outer space. And for a private enterprise to be economically sustainable, it needs to have some way of generating income. That’s why I support resources becoming marketable private property as soon as they are removed from the place (in situ). I also support other types of proprietary information, such as patents on the technology, as they are necessary for the private sector to invest in R&D.

However, the policy of supporting the private sector must be balanced with other public policies, e.g., the peaceful use of outer space, free access to all, and non-appropriation, all required by the OST. Commercial confidentiality is a good policy, as noted above, but it is not absolute. We must find a balance. Indeed, it is in the private sector’s best interest to help determine what information can be shared that would be of maximum benefit to humanity with minimum detriment to private industry. I believe that the discovery of resources fits that description.

Since I began promoting the Moon Treaty in 2017, the most difficult point of contention I have experienced has been the requirement to share the discovery of resources, as some consider such information to be proprietary.

Interestingly, the discovery of resources stands out because it is specifically identified in the Moon Treaty. Article 11.6. affirms that “States Parties shall inform the Secretary-General of the United Nations as well as the public and the international scientific community, to the greatest extent feasible and practicable, of any natural resources they may discover on the moon.” Like the Outer Space Treaty, the Moon Treaty extends this obligation to the nationals of a State Party, including private entities. Article 14.1. declares that “States Parties to this Agreement shall bear international responsibility for national activities on the moon, whether such activities are carried on by governmental agencies or by non-governmental entities, and for assuring that national activities are carried out in conformity with the provisions outlined in this Agreement.”

Some say that the biggest problem with the Moon Treaty is the phrase “the common heritage of mankind”, which has been used in the Convention on the Law of the Seas to support the creation of an international governing entity that must approve all deep-sea mining beyond national zones. But that definition does not apply to the Moon Treaty; we can define it however we want. Since I began promoting the Moon Treaty in 2017, the most difficult point of contention I have experienced has been the requirement to share the discovery of resources, as some consider such information to be proprietary.

To resolve the contention stated above, the question becomes this: must the discovery of resources by a private entity be considered commercial confidentiality for private industry to be sustainable in outer space?

If appropriation was permitted under the Outer Space Treaty, the answer would be yes. Discovery would be an essential first step to “staking a claim” for exclusive use, and keeping the information confidential would allow an entity to establish a physical presence to secure such a claim before others became aware of the resource. But staking a claim, or any other act of exclusion is forbidden by the OST, as exclusion equals appropriation. And any resource in place must be shared under the OST policy of open access to all:

To date, national governments have done all the exploration of outer space, including resource exploration, most relevantly the discovery of water ice, helium, and other resources on the Moon. More recently, governments have contracted with private industry for all types of missions, from launchers to lunar landers. As an alternative to a specific contract, governments could even offer a bounty, something of an “X-Prize”, for the discovery of useful resources by private entities. Such a policy would have the effect of supporting/incentivizing private resource exploration while still honoring the policy of sharing information to benefit all countries.

Must the discovery of resources by a private entity be considered commercial confidentiality for private industry to be sustainable in outer space?

To summarize: Supporting the private sector is good public policy. Commercial confidentiality is an important part of private economic sustainability, but not always. Keeping the discovery of outer space resources confidential does not support economic sustainability because it cannot be used to stake an exclusive claim. Private entities can still make a profit by removing space resources from in place and selling them, but they cannot exclude others from accessing the same resources. Instead of exclusive claims, private resource exploration can be economically supported as part of the traditional role of governments in space exploration, either by contract or by economic incentives.

I recommend that groups and policymakers considering commercial confidentiality in outer space exempt the private discovery of outer space resources from protected proprietary information. Keeping such information confidential will not benefit any private entity, whereas sharing it with all will benefit the world.

Dennis O’Brien is a retired lawyer and former member of the NASA-Hastings Research Project. He is the founder and president of The Space Treaty Project, a scientific/educational nonprofit located in northern California. He is a member of the International Institute of Space Law, The Planetary Society, The Space Renaissance Institute, The Moon Society, and the Moon Village Association, where he participates in the Benefit Sharing Project.

Since 2017, Dennis has participated in 14 international conferences on outer space and space law (conference papers, videos, and/or presentations). He has written nine articles that have been published in online magazines (The Space Review and Modern Diplomacy) and one peer-reviewed journal article (Journal of Advances in Astronautics Science and Technology). In 2018 he published “Major Tom: A Story of Hope”, a novel about the race to establish a permanent human settlement on the Moon, available online here. His latest article is “Is Outer Space a De Jure Common-Pool Resource?”

The mission of The Space Treaty Project is to give people hope and inspiration by helping the nations of Earth to build a common future. 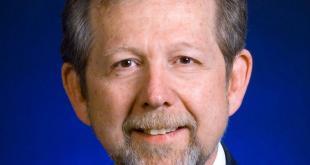 The Space Café Podcast #70: Jim Green – former chief scientist NASA about the past and future of space science and the agency’s secret sauce 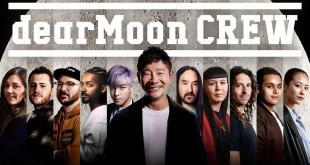