If you have ever driven through a pitch-black, rainy night on an unlit country road, you probably have been thankful for the invention of reflective paint. Illuminated by the car’s headlights, lane markers and road signs appear magically out of the darkness. Reflective paints and retroreflectors are also used on outdoor clothes, bicycle wheels, and even in car lights, as an always available backup. They provide a cost-effective, reliable and powerful way to make things visible in the dark, whenever active illumination is not an option.

Shedding Light on the Subject

Space is a dark place. And despite its vastness, it has become crowded with space objects, at least in altitudes some 500-1000 km above the Earth’s surface. Some being larger than a car, but most of them smaller than a bicycle, they are not easy to see. When lit by the sun, many can be detected by optical telescopes. Radar systems can be used to scan the sky, or track individual objects. However, obtaining highly accurate position measurements of space objects remains a difficult and expensive endeavor.

Yet, it is of utmost importance to modern day space use: Evaluating the need for evasive maneuvers has become a daily duty for satellite operators. In many cases, the decision has to be taken based on far-from-perfect trajectory predictions, and of course, operators usually decide to err on the side of caution. Consequently, in a vast majority of cases, the executed evasive maneuvers are found to have been unnecessary in retrospect. The associated costs of personnel, mission life time, and operational use are enormous, and constantly increasing due to the rising number of space objects.

A vast majority of cases, the executed evasive maneuvers are found to have been unnecessary in retrospect.

Satellite Laser Ranging (SLR) (see Fig. 1) is a well-established and validated method to exactly pinpoint the position of space objects. Position measurements with sub-centimeter accuracy are conducted routinely to many satellites with retroreflectors, using relatively simple and cost-effective laser ground stations. While the technique is mainly used for scientific applications so far, it has a great potential for space traffic management, too. In the few cases where it has been used for that purpose (e.g. in a close encounter between Topex and Jason-2 in July 2017), it has been found to provide excellent input for decision making.

A good real-life demonstration of this technique can be seen with some of the Chinese launchers of the Long March 2C type from the early 2000s, which carry well visible retroreflectors. Thus, they can still easily be laser-ranged with very high accuracy today, providing very precise position measurements (see Fig. 2).

There is however a fundamental issue: today, most space objects do not carry a retroreflector. Despite their small footprint, low mass and the absence of any electrical, thermal or control interfaces, not many satellite designers consider their integration. Hence, we still peer helplessly into the sky, trying to see small, dark CubeSats and SmallSats during the brief period of illumination in the dusk / dawn periods. In fact, laser ranging to targets without retroreflectors is possible (usually dubbed Space Debris Laser Ranging, SDLR) and has been demonstrated by a number of experiments during the last 20 years. While they provide excellent data quality, SDLR systems are expensive and complex, and are not yet widely available. Especially detecting signals from small, low-albedo objects (such as CubeSats) requires very strong lasers and large aperture telescopes.

In order to simplify, or in many cases in fact enable, exact laser-ranging measurements, a more wide-spread integration of retroreflectors is necessary. From now on, we should require to equip all payloads, rocket bodies and mission-related debris with optical retroreflectors- in the same way that this is required for any road vehicle, from trucks down to electric wheelchairs, and for the very same reasons: to increase visibility, to facilitate detection and precision measurements, and improve safety for all participants.

We should require to equip all payloads, rocket bodies and mission-related debris with optical retroreflectors.

With retroreflectors, space objects of any size become visible to the existing network of around forty SLR ground stations. But more importantly, since SLR is a mature technology, new ground stations can be built by commercial suppliers at reasonable costs. In addition to the existing general-purpose SLR systems, ground networks for specific purposes are currently being established, such as the Galileo 2nd generation SLR ground station network, or the new SLR stations supporting the Indian IRNSS navigation system. Similarly, new SLR ground stations dedicated mainly to space traffic monitoring can be envisaged. Considering the emerging market of precise orbital data, this may be a quite attractive business case.

Space-qualified retroreflectors are available as well, and have been used on numerous missions. In the future, modified reflectors may even be used to identify individual satellites by their polarimetric signature, adding additional benefit [1]. Even satellite bus designs with integrated retroreflectors exist [2]. The technology and the procedures are well understood, and the accuracy of SLR is proven on a daily basis by routine measurements to several dozen satellites.

What seems to be lacking is a widespread awareness of the technology and its potential.

What seems to be lacking is a widespread awareness of the technology and its potential. In the absence of a global regulating institution for space vessels, the most promising approach may be to set a good example. Major space agencies as well as established satellite operators should take the lead and consider the inclusion of retroreflectors into all their new missions, both on payloads as well as on upper stages. A more common usage of retroreflectors on space objects will enable the development of SLR based space traffic management procedures in a gradually growing ecosystem. Commercial providers of space situational awareness data can start to integrate SLR-based predictions into their portfolio. Sensors on the ground can be set-up and operated routinely. Hopefully, over time, this will convince more and more space actors to incorporate retroreflectors on their vessels and enable SLR-based space traffic monitoring. It will make space a safer place.

Daniel Hampf has been working in the field of satellite laser ranging and space debris observations since 2013. He holds a research position at the German Aerospace Center in Stuttgart, and also works for the DiGOS Potsdam GmbH, a company specialized in the construction of laser ranging systems. He leads the development of the miniSLR® and several other SLR related projects. In 2019, he headed the organizing committee of the six-day International Workshop on Satellite Laser Ranging in Stuttgart. Born in Recife, Brazil, and raised in Münster, Germany, he holds a PhD in astrophysics from the University of Hamburg, and a physics degree from the University of Münster. 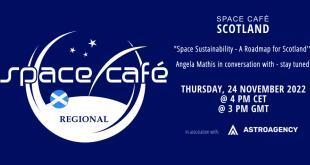 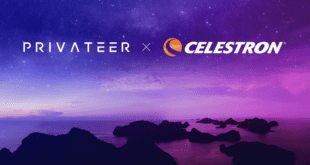