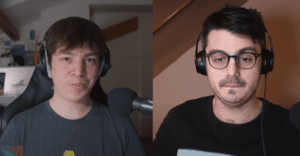 As part of the partnership between SpaceWatch.Global and Orbital Gateway Consulting we have been granted permission to publish selected articles and texts. We are pleased to present “Dongfang Hour China Aerospace News Roundup 3 – 9 January 2022 ”.

Hello and welcome to another episode of the Dongfang Hour China Space News Roundup! I’m Jean Deville, joined as always by my co-host Blaine Curcio. In this week’s episode, we discuss Chinese startup developing satellite laser communications technology, but first, let’s talk about China performing one of the very last technology verifications tests on the Chinese Space Station, before completing the construction of the station later this year. 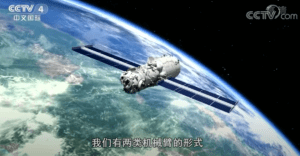 In the latest milestone in the construction of the Chinese Space Station, China conducted a transfer test with the robotic arm of the space station on the Tianzhou-2 cargo spacecraft, that was docked to the front docking port of the Tianhe core module, on January 6 2022. While this may seem like a basic test, it’s actually an indispensable one for the completion of the space station. Let’s explain why.

So for some background, the Tianhe-1 module was put into orbit in April 2021, and it’s the core module of the space station, in charge of attitude and orbital control, telemetry, and is the living quarters of the Chinese Space Station. It will be joined by 2 additional modules, the Wentian and Mengtian experimental modules, which features I won’t discuss in detail because it’s not the point of the episode, but suffice to say that these modules will significantly increase the capabilities of the space station, turning it from a 20t space station to a 60t station (not taking into account the Shenzhou and Tianzhou cargo spacecraft).

This maneuver can naturally be perilous, and as often with costly space projects, to avoid single-points of failure, there is a back-up. And that back-up is… the main robotic arm of the Chinese Space Station, which is installed on the Tianhe-1 core module. As a back-up, the main robotic arm must be able to transfer the experimental modules (and any spacecraft in general that has the right connectors) from one docking port to another, in case the Lyappa arms fail. And so what China was doing over the past week was actually testing and validating this very capability, before giving the go-ahead to the launches of Mengtian and Wentian later this year.

And this is why the Tianzhou-2 cargo spacecraft, that was sent to the CSS in May 2021, was actually quite unique, as it resembles no other Tianzhou spacecraft. It was modified to have the attachment point for the robotic arm, the same one the experimental modules would have. This, again, was for the robotic arm to test the transfer from one position to the other.

Interestingly, the test that took place last week was not a complete transfer. The Tianzhou-2 simply undocked, and the robotic arm performed a circular displacement, but the Tianzhou-2 was then returned to the front docking port and re-docked with the front docking port. This shouldn’t be due to a technical issue because the CMSA said that the test was a complete success. Perhaps there’s another more complete test that’s planned next, although we’ve seen that the Tianzhou-2 should be de-orbited shortly, in a couple of weeks, so that also seems unlikely. Perhaps this test was enough to test the technologies that the Chinese wanted to verify for the Mengtian and Wentian dockings.

Shortly after, (just this morning as a matter of fact), the taikonauts took control for the first time the manual control of the Tianzhou-2 spacecraft. They manually undocked it, made it retreat to a distance of 200m from the space station core module, and then back to re-dock with the front docking port. The test was successful, and I’ve heard that this task was the final verification test with Tianzhou-2 before it getting de-orbited.

Laser ISL manufacturing company HiStarlink (氦星光联, Hài xīngguāng lián) announced its Angel and Angel + rounds of funding, around 1 month apart. The funding will go towards continued development of laser inter-satellite links, growing the company’s team, and expanding business partnerships, and seems to come from 3 private VCs (ZhenFund, Miracle Plus, and Leaping Capital, more on this later).

HiStarlink is a very new company, founded in August 2021 with a vision of developing low-power miniature spaceborne laser communication terminals and core devices. The company’s products include space-grade core optoelectronic devices, ultra high-speed communication algorithms, laser communication terminals, and satellite-to-ground laser ground receiving systems. They plan on-orbit verification of its technology in Q1 2022, and hope to complete on-orbit verification of the laser comms between two satellites by the end of 2022. The team comes from the CAS, Tsinghua University, Shanghai Jiaotong, HIT, and other universities.

A bit of additional digging reveals that the company has apparently completed development of 40 Gbps ultra high-speed communication products, and 10 Gbps space-grade optical components, which makes us think they had help from somewhere. HiStarlink lists satellite manufactures and other subsystems level suppliers as strategic partners, and in a press release, both the company, and its financiers, appear extremely bullish on laser communications for providing next-generation satellite communications.

A little bit of speculative analysis: I think HiStarlink could represent a member of an early generation of highly specialized subsystems-level Chinese commercial space companies that can involve a handful of scientists collecting a relatively small amount of money from mostly private investors, and trying to make a highly specific technology work. In the case of HiStarlink, 2 of the 3 financiers seem pretty darn private: ZhenFund was founded in 2011 by former Sequoia China people and is mostly focused on early-stage tech, and MiraclePlus is focused on providing start-up financing to very early-stage, founder-led companies.

When we look at the sheer number of universities, academies, and institutes in China, the number of specialized PhDs and other researchers, and the amount of financing available for the space sector, there is a lot of potential for the creation of nimble, innovative companies pursuing specific technologies like optical ISL.

One city that will likely benefit significantly from a combination of motivated researchers, VC money, and high-tech supply chain, is the city of HiStarlink’s HQ: Shenzhen. Just to close out this piece, this week, we saw a great long-form article published in Satellite World about the Shenzhen space industry, its history, and its future.

The piece discusses local, mostly state-owned companies such as Shenzhen Aerospace Dongfanghong (a CAST subsidiary), APT Mobile Satcom Shenzhen (a commercial consortium of APT Satellite, ChinaSat, and others), and Allystar BeiDou (a subsidiary of CEC), as well as municipal government initiatives like the Shenzhen Satellite IoT Industrial Park.

As we have noted many times before, this may end up being an example of the trifecta of stakeholders–SOEs, Government, and Commercial Companies–cooperating effectively. In the case of Shenzhen, the municipal government has many supportive policies, and there are existing SOEs in the space sector. To give an example, it is entirely conceivable that HiStarlink could sell optical inter-satellite link terminals to Shenzhen Aerospace Dongfanghong for integration onto SZ DFH small satellites, with the R&D subsidized by Shenzhen government incentives. In the best-case scenario, SZ DFH gets better technology, for faster or cheaper, while the Shenzhen government sees more economic activity. In a less optimal scenario, we see many cities subsidizing many researchers to do optical ISL, and a whole lot of oversupply.

Either way, will be very interesting to watch!

Fascinating. To go back to your point on HiStarlink, It will also be interesting to see who will be the end-customers of HiStarlink’s terminals. Among companies using ISL for sure, there is the Xingyun narrowband constellation of CASIC, which launched 2 Xingyun satellites in 2020 and tested laser interlink technologies during that year. More recently, we reported in November about a company called Hualu Space, planning to build GEO relay satellites that would use laser-interlinks between the relay satellites and satellites in LEO. Finally, it is reasonable to think that China’s version of Starlink, the broadband Guowang constellation, will be using laser interlinks as well (?), for performance reasons, but also because the alternative would be building a global network of ground stations, something that would be challenging for China, as acknowledged by Tan Jun, one of the investors into Chinese company HiStarlink.