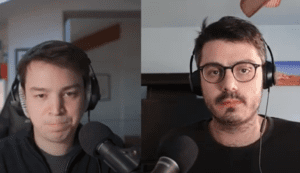 2022, the first year of massive smallsat production (and deployment)?

Will 2022 be the year of the surge of Chinese smallsat production capabilities (and therefore the dawn of Chinese megaconstellations)? While it may be too early to say, we are only 20 days into 2022 and it is fair to say that there have been many encouraging signs recently.

The biggest news of the week was undoubtedly from Galaxy Space, the commercial satellite manufacturer HQed in Beijing, focusing notably on building smallsats for broadband communications applications. In a video released on Chinese social media, they announced the completion of their small batch satellite production line, showing the roll-out of 6 broadband LEO smallsats from their factory, which are scheduled for launch in Q12022 on a Long March 2C. These 6 satellites will form the “Small Spider Web” constellation, which will enable 30 minutes of uninterrupted connectivity at a time for the user on the ground (on the orbital plane), according to a press release.

While this obviously is by no means a Starlink-level of service, the Small Spider Web constellation should be considered rather as a final test for Galaxy Space 1) as a smallsat manufacturer able to batch produce satellites at their so-called “superfactory” in Nantong, Jiangsu, and at a low unit price and in a short amount of time (11 months from design to roll-out), but also 2) as a final verification test for broadband LEO satellite operations. Galaxy Space had already launched a demonstration satellite previously, the Galaxy-1, back in early 2020, had built the associated Q/V band ground station, and has since conducted quite a few tests, including the integration with 5G networks on the ground (in collaboration with BUPT).

Now at the Dongfang Hour we doubt that Galaxy Space will operate its own broadband communications constellation in LEO: although this was the company’s initial plan, such a constellation is probably considered too critical an infrastructure to be handled by a commercial company. Rather, a state-owned company by the name of China SatNet was formed last year, and will likely be the operator of China’s broadband super constellation called Guowang, aka China’s answer to Starlink. However having said that, due to the structure of China SatNet, as we’ve mentioned in previous episodes, it should be at liberty to source space hardware from different commercial providers, which is where Galaxy Space and their superfactory will probably have a role to play.

Galaxy Space is not the only company with significant news on small satellite manufacturing in the past week. CGSTL, a remote sensing satellite operator and manufacturer based in the northern city of Changchun, rolled out an additional 10 satellites out of its manufacturing base. For some context, CGSTL is a spin-off of the Changchun Institute of Optics and Fine Mechanics, and operates a remote sensing constellation called Jilin-1 which can be considered to be China’s equivalent of Planet Labs. It already has 31 satellites in orbit, soon-to-be 41 with the 10 satellites just rolled out, and plan to have their EO constellation reach 138 satellites over the next 4 years. In the past, they had raised a record amount of funding (2.46 billion RMB notably in 2020) and have massive manufacturing facilities in Changchun.

And finally, all in the same week, we had another commercial smallsat manufacturer, Minospace, announcing that they had rolled out and shipped 5 remote sensing smallsats from their factory. These satellites would be used for maritime EO as well as “ship signal acquisition” (probably referring to AIS), and are scheduled for launch in February 2022.

So that’s three pretty major announcements with regards to commercial smallsat manufacturing, and when you put that together with the manufacturing capabilities of other commercial players in the field coming to fruition in 2021, such as Geespace (started batch manufacturing satellites in factory in Sept 2021), CASIC (satellite smart factory in Wuhan, operational since March 2021, see Ep 17), and Commsat (?? in 2021?), it could very well be that we see a very significant jump in smallsat manufacturing in 2022, and consequently in satellite/ constellation deployment.

2022, the year of Chinese smallsats? What do you think, Blaine?

Fully agree about the slim chances for Galaxy Space’s constellation. I think the interesting development with Galaxy Space over the past ~1 year has been a pivot towards significantly more emphasis on EO satellite manufacturing, and in particular SAR. The company is part of a consortium with PIESat and the CAS to develop a SAR constellation, and they recently opened an EO application industrial base in Hefei, which may or may not be related to Tianxian. It’s a bit of speculation, but I think it’s become increasingly clear that a lot of the ground network for projects like Guowang is going to be done by companies like CETC and through projects like 天地一体化, so there may be less opportunity than previously thought.

It’s also noteworthy that the MinoSpace and CGSTL satellites are bound for Hainan, and specifically the Wenchang Space Launch Site, for launch on a Long March-8 planned for February 2022. That will be an epic launch, and will reportedly also include satellites from Spacety, ADASpace, and Guodian Gaoke. The launch follows a flurry of deals at the 2021 Zhuhai Air Show in late September/early October between commercial satellite manufacturers and CGWIC for rideshare launch services, the first such instance of such a large number of deals for launch in such a short timeframe.

All of this is indicative of the bigger trend in China of the rise of rideshare. China’s traditional launch manufacturers–namely CALT and SAST–have historically built the number of rockets necessary to launch China’s space program and its related spacecraft, and have not had much additional capacity for commercial launches. The only real commercial launches they have done would be things like turnkey large GEO commsats for other countries, but those are basically 1 rocket for 1 satellite.

Now, with medium-term plans for a large constellation, and short-term plans for a variety of smaller constellations, China’s traditional space sector is ramping up launch capacity, and is trying different business models for launch as the sector becomes more commercialized. Last year there were more than 40 launches by CASC, and this year will be a similar number. While there are a lot of national space missions, there is also a lot of space for commercial satellites, and rideshare can be an appealing option.

The LM-8, with ~4.5 tons to 700km altitude and high levels of flexibility, is a great tool for rideshares and batch launches of smallsats to LEO as China deploys a larger number of satellites. Being relatively new and not particularly tied to any national mission, the LM-8 may end up being a commercial LEO constellation workhorse for CASC.

And it would seem that China plans to launch a lot of LM-8s in the future. In an interview at the aforementioned Zhuhai Air Show, Xiao Yun, Chief Designer of the LM-8, noted that China was considering a dedicated LM-8 launchpad at Wenchang considering massive demand for constellations, and even mentioned that a 2nd dedicated launch pad was possible, which would indicate ~50 LM-8 launches per year! Such a large number of launchers would inevitably lead to more rideshare opportunities, and more flexibility for China’s commercial satellite manufacturers.

Now, moving on to the scoop of the week, the Long March 8 that we knew of, which flew for the first time in December 2020, is a 2 stage rocket with 2 strap-on boosters. It was also planned to be China’s first reusable Long March rocket (using VTVL), with “key technology demonstration tests for VTVL” having been scheduled for 2021, but having been delayed to 2022. In initial renders of the reusable Long March 8, the 2 strap-on boosters would land together with the first stage.

But this may be subject to change: The Long March 8 Y2 (which is to launch all the commercial satellites mentioned previously) was just delivered to Hainan, and CASC posted on Weibo a couple days ago that it would be a different configuration with no strap-on boosters. There isn’t really an official name for this rocket yet, but in a paper from the manufacturer CALT from February 2021, the company hinted at Long March 8A.Another question remains: will the reusable Long March 8 concern the Long March 8 as initially planned? Or the Long March 8A? I guess we’ll have to wait until late February/early March to know more, as this is when the launch of this Long March 8A is scheduled.