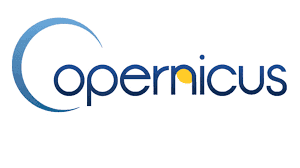 Paris, 29 December 2020. – The United Kingdom will no longer participate in the European Galileo or Egnos programs but can continue, in principle, with Copernicus and remain member of the European Space Agency (ESA), the British Government said.

On its official www.gov.uk website, the Government lists the „Brexit transition: new rules for 2021”.

Furthermore, from 1 January 2021, “the UK will no longer participate in the EU Space Surveillance and Tracking (EUSST) programme. The UK will however continue to have access to EUSSTservices as a non-EU country”, the Government says.

“Similarly, we expect UK users will also be able to access most of the Copernicus data and services as now.”

“(D) evices that currently use Galileo and EGNOS, such as smart phones, will continue to be able to do so”, the Government says.

Also, “(t)he UK’s membership of the European Space Agency (ESA) is not affected by leaving the EU as it is not an EU organisation.” The UK will thus continue to participate and be able to bid for ESA programs.