#SpaceWatchGL Opinion: My 2020 in a review – by Bassam Alfeeli

Year 2020 was a year of many historical events. Taking Covid-19 aside, we have witnessed the launching of 3 missions to Mars and the return of samples from extraterrestrial bodies (Moon and Ryugu). We also saw the success of commercial human space flights as well as building of satellite internet constellations.

Kuwait announced its 1st cubesat “QMR-KWT” has been manifested for launch in 2021. QMR-KWT is fully owned by the startup company Orbital Space. It is considered the 1st private sector funded cubesat in the region.

As for capacity building, the UAE signed an agreement with NASA to train 4 Emirati astronauts, launched the Arab Space Pioneers program, and “Space on Earth” analog mission. Orbital Space launched its initiative “Code in Space” for all students from around the world. Moreover, two student experiments went to the ISS in 2020 on board SpaceX CRS-21. One from the UAE under the initiative “Test in Orbit” funded by the UAE Space Agency. The experiment was developed by university students at NYU Abu Dhabi. The other one is from Kuwait under the initiative “Experiment in Space” funded by Orbital Space. The experiment was developed by high school students at the American School of Kuwait.

In recent years, most governments in the Gulf countries have identified developing their space capabilities as strategic priority. Even the one who did not (Kuwait), witnessed some grassroots development with several initiatives from different self-funded local groups. In 2020 space activities in the region persisted even with the drop of oil prices and socio-economic impact of Covid-19. The UAE will continue to lead the region with its serious commitment to develop its space capabilities. The activities in the UAE will inspire and encourage more activities in the region and beyond. Also, collaboration among countries in the region is expected to increase with the Arab Space Cooperation Group in place. This group currently consists of 14 member countries and have plans to collectively design, build, and operate a small-size remote sensing satellite. It is also anticipated to see more startups in space-based services in the coming years mostly driven by the UAE initiatives and investments to drive entrepreneurship in the space sector. Entrepreneurs in the UAE, Kuwait, Saudi Arabia, Bahrain, and Oman are currently formulating their space related startups.

Bassam Alfeeli is the founder and general manager of Orbital Space. He is also the Director of Innovation and Enterprise at the Kuwait Foundation for the Advancement of Sciences. He holds a PhD degree in microelectromechanical systems and was a fellow of the Kuwait-MIT Center. His bachelor degree was in Electrical Engineering with a minor in space transportation systems through Florida Space Institute. 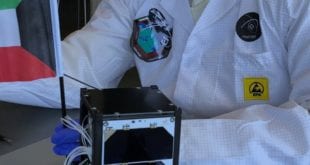 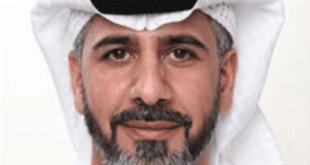 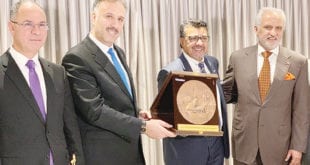