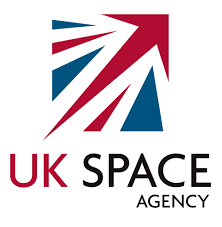 Berlin, 20 September 2020. – A research report for the UK Space Agency sees the demand for Space Surveillance and Tracking (SST) services soar over the next decade, the “Future SST Markets Research” report published on 15 September said in its conclusion.

“Over the coming decade, the number of operational satellites in orbit is set increase by an order of magnitude from around 2,300 to well over 20,000.,” the report said. “The ability to detect smaller pieces of the debris population is also set to increase, resulting in the tracking of potentially a million objects in orbit. Low Earth Orbit will be particularly impacted as it faces the highest growth and the greatest risk of collision.”

“As a result, the demand for products and services from a credible Space Surveillance and Tracking (SST) provider is projected to increase.”

“The space environment is complex, congested and set to become more so in the near future,” the analysts from Map Analytica and Inverse Quanta wrote. “As more operators launch satellites into orbit, the need to better understand the orbital environment is greater than ever. The framework for undertaking space surveillance is also undergoing significant change. The US is in the process of bringing a hugely capable military sensor on-line, the new Space Fence, yet is nevertheless transferring responsibility for the space catalogue from the US Air Force to the Department of Commerce, reflecting the shift to the civil and commercial sectors as the dominant space actors.”

The report concludes that the “UK is well placed to take advantage of all of these opportunities and take a global lead in the provision of SST products and services and if it did, would position itself as an informed and influential partner in the inevitable global discussion of space sustainability.”