As part of the partnership between SpaceWatch.Global and Joint Air Power Competence Centre, we have been granted permission to publish selected articles and texts. We are pleased to present “Arctic Space Challenge for NATO Emerging from China’s Economic and Financial Assertiveness”, originally published in the Joint Air Power Competence Centre Journal 30.

Geopolitics in the Arctic

Canada, Denmark/Greenland, Norway, Russia, and the United States (US) border the Arctic Ocean. These countries, together with Finland, Iceland and Sweden form the so-called Arctic Council, a consultative body that has governed, together with the United Nations (UN) Convention of the Law of the Sea, activities in the Arctic. This Council, established in 1996, according to its own admission, cannot implement or enforce its guidelines, assessments or recommendations. That responsibility belongs to each individual Arctic State.1 This is also evident from the pursuit of raw national interests in this strategic, and now more accessible, region. Over the past decade, two developments have, arguably, shaped the Arctic geopolitics to the greatest degree: the increasing assertiveness of Russia and the growing presence of China.

Although a non-Arctic state, China has sought to position itself as a stakeholder in the region. China’s research and scientific expeditions in the Arctic go back to the 1990s. In the past decade its interests there have expanded, encompassing exploration, commercial, shipping, and space activities. Beyond its observer role on the Arctic Council, it has established a narrative beneficial to its interests, including declaring itself a ‘near-Arctic state’.2

In its first Arctic policy of 2018, Beijing points to the Arctic’s economic and investment potential, proclaiming its desire to build a ‘Polar Silk Road’ integrated into its larger Belt and Road Initiative (BRI) and to ensure its freedom to operate in the region.3 Part of its initial foothold may be the largest Chinese investment in the region to date – the Yamal LNG project with Russia. 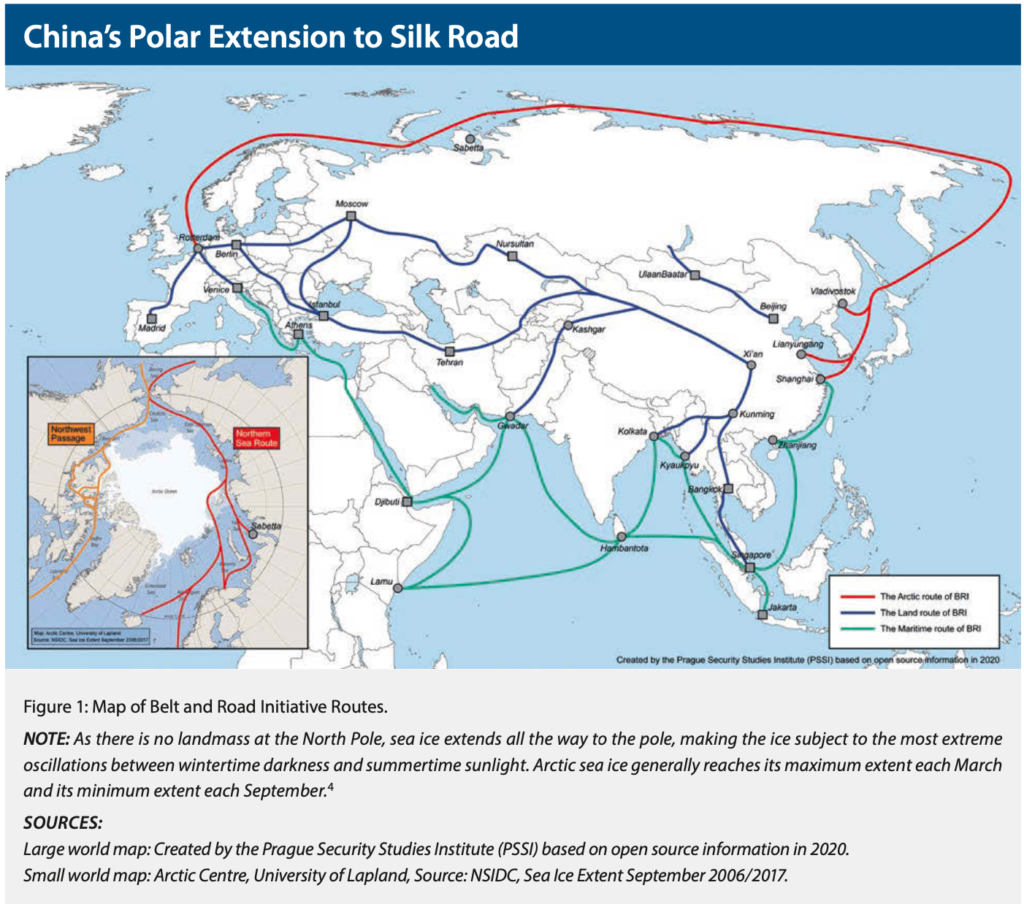 China has worked toward building bilateral relationships and provided substantial capital investment in the Arctic Council countries. Its approach has been to use soft power projection, such as emphasizing sustainability, environmental protection and scientific research. Despite this benign-sounding narrative, Norway5, Sweden, the US, and a number of other countries believe that China’s expansive interest in this region is strategic and military. Among the concerns are undue political influence and/or uncontrolled transfers/theft of sensitive data and technologies.

Chinese Space Activities in the Arctic

China’s space activities in the region have been expanding. In December 2018, the relatively new Ministry of Natural Resources (MNR), which now oversees the Chinese Arctic and Antarctic Administration (CAA), launched the ‘Arctic Environment Satellite and Numerical Weather Forecasting Project’. According to MNR, it is to assist China’s role in the governance of the Arctic and in the building of the Polar Silk Road.6

Expanding the global footprint of the space ground infrastructure supports China’s influence and global power projection as space systems are critically dependent upon its ground segment to provide command and control of the satellites, and also serve as a gateway for mission data such as communications, intelligence, and other data.

Below is a description of Chinese transactions in the Arctic that demonstrate this effort, beyond the scope of their publicly declared vision. China currently has its stations in Kiruna (Sweden)7, Karholl (Iceland)8, Ny-Ålesund (Svalbard)9, and Longyearbyen (Svalbard)10, and plans to establish ones in Finland (Sodankyla)11 and Greenland (Nuuk)12. 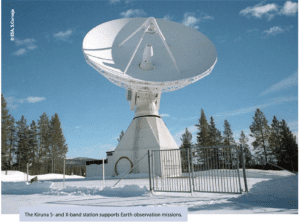 The China Remote Sensing Satellite North Polar Ground Station (CNPGS) in Kiruna, Sweden (some 200 km north of the Arctic Circle) is run by the Institute of Remote Sensing and Digital Earth (RADI) of the Chinese Academy of Sciences (CAS) and began operations in 2017. Located at the Esrange Space Center, operated by the state-owned Swedish Space Corporation (SSC), it is the first Chinese overseas Earth observation satellite data receive station. CAS declared CNPGS in Kiruna13 to be an important part of China’s Gaofen project (launched in 2010) – a global EO satellite network to be completed in 2020.14

Concerns have been raised about its potential dual-use purpose. In January 2019, the Swedish Ministry of Defence’s Defence Research Agency (FOI) publicly expressed a concern that the ostensibly civilian cooperation with China could, in fact, be controlled by the PLA and used to supplement military surveillance of the Arctic region with implications for Sweden’s national security.15 SSC also hosts China’s ground facilities in Australia16 and Chile17.

The China-Iceland Arctic Science Observatory (CIAO) in Karholl, Iceland, is jointly operated by Polar Research Institute of China (PRIC) and the Icelandic Centre for Research (Rannis). The project was launched in 2012, based on a Memorandum of Understanding (MoU) between PRIC and Rannis, land was acquired in 2014 and construction began in 2016. The land is owned by a non-profit Aurora Observatory (AO), which would indicate that China changed its approach after the unsuccessful bid in 2011 by Chinese businessman Huang Nubo to acquire land in Iceland and in Svalbard in 2014. Originally it was envisioned that the station will serve to observe auroras, but China proposed in 2017 to upgrade the facility to also enable other types of research.18 The facility, not far from the Icelandic port town Akureyri, has been operational since October 2018.19

The country’s willingness to engage in lop-sided cooperation arrangements with China intensified after Iceland’s three largest banks (with assets between them 10 times larger than the country’s economy) collapsed and caused a financial crisis that lasted several years.20 They included the currency swap agreement with China of 3.5 billion RMB, concluded in 2010, and extended in 2013, between the central banks of Iceland and China.21 Iceland also became the first European country to sign a free trade agreement with China in 2013.22

China’s Ny-Ålesund Yellow River Station on Svalbard Island has been operating since 2004.23 Since 2017, it has been managed by PRIC. Previously, it was under the oversight of the CAA. Its building is rented from Norway’s Royal Company.24 The declared purpose of the facility is to use it as an ‘integral step for China to improve its understanding about the impact of climate change in the Arctic to other continents, Asia in particular’.25 It has the world’s largest space physics observatory and is able to accommodate 37 personnel in summer and 4 in winter (the highest occupancy of any other country with facilities there).26 In September 2018, the Polar Research Institute of Hong Kong (PRIHK) established a station (known as the Bauhinia Station) in Longyearbyen, Svalbard, located about 150 km away from the Yellow River Station.27

Chinese investment in Finland was minimal until the period of Helsinki’s Chairmanship of the Arctic Council from 2017–2019, during which time China’s interest spiked. Ultimately, in January 2019, the success of China’s so-called ‘check book’ diplomacy was evident during President Niinisto’s visit to Beijing. At that time, a comprehensive agreement was reached, calling for a China-Finland Joint Action Plan (2019–2023), which laid the groundwork for additional Chinese investment in the country going forward.28 Implementation of this action plan has included an agreement between Chinese RADI and Finnish Meteorological Institute to establish a joint Research Center for Arctic Space Observations and Data Sharing to be built in Sodankyla, Lapland.29

Although Greenland, to date, resisted Chinese demarches, it remains a target for Chinese investment. In 2017, rather discretely, a Chinese-funded satellite ground station and a research facility were launched in Greenland, a collaboration between a local Greenland Institute of Natural Resources and Global Change and Earth System Science Research Institute of the Beijing Normal University (BNU).30

Interestingly, in 2017, Greenland’s Prime Minister planned to obtain funding from Chinese state-run banks for building three commercial airports in Greenland (costing some $555 million), but this arrangement was terminated after concerns were expressed by Denmark and the US (which has a large military base there at Thule).31 A year earlier, in 2016, the Hong Kong-based company General Nice Ground attempted to acquire an old naval base in Greenland,32 but it was stopped by the Danish government over security concerns.33 It is important to note that Chinese companies hold a stake in uranium and rare-earth mineral (REE) mines there. In fact, Greenland is said to be emerging as one of key components of Beijing’s Polar Silk Road as the country has a potential to become another major hub (beyond China) for REE mining. 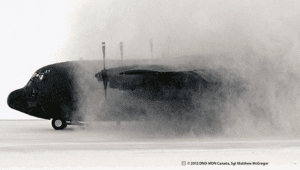 The examples referenced in the section above demonstrate the incremental approach that China takes in the developed, democratic countries, often through seemingly innocent scientific collaboration which is then expanded beyond the original scope, including into potential military applications. This is in contrast with the offers of vertically-integrated space sector packages (partial or complete) offered by China to developing countries, often including large-scale subsidized financing.34 Accordingly, China’s broader strategic gains in the Arctic are much harder to detect and quantify (including legitimizing of its growing involvement in the region).

China’s space sector activities are closely aligned with its ‘Polar Silk Road’ initiative, a subsidiary of the country’s broader BRI, giving the country access to valuable northern latitude land and infrastructure. It is difficult to make a clear distinction between civilian and political-military activities of China in this region, but a connection has been identified between the establishment of the ground stations in the Arctic and the Chinese military.

In short, the Arctic is part of China’s global space power projection (and associated economic benefits) the implications of which are not well understood today. NATO would be well-advised to understand, and carefully monitor, this risk environment, including its scale and underlying motives.

13. Polar satellites pass over high latitudes with greater frequency, often in some cases every orbit, making them ideal for ground station locations for satellites in these orbits.

is Managing Director at the Prague Security Studies Institute (PSSI). She also serves as Director of PSSI’s Space Security Program. She previously worked as a Space Policy Officer at the European External Action Service (EEAS) in Brussels as well as a Space Security Advisor to the Czech Foreign Ministry. From 2009 to 2013, Ms Robinson led the Space Security Research Program at the European Space Policy Institute (ESPI), seconded from the European Space Agency (ESA). Prior to that, Dr Robinson served as Development Director at PSSI from 2005 to 2009 and administered its affiliate organization, PSSI Washington. Ms Robinson is an elected member of the International Institute of Space Law (IISL) and the International Academy of Astronautics (IAA). She is also a member of the Advisory Board of the George C. Marshall Missile Defense Project of the Center for Strategic and International Studies (CSIS). She holds a PhD from the Charles University’s Faculty of Social Sciences, Institute of Political Studies. She also holds two Master’s Degrees, from George Washington University’s Elliott School of International Affairs and Palacky University in Olomouc, respectively.

The original version of JAPCC Journal 30,Arctic Space Challenge for NATO Emerging from China’s Economic and Financial Assertiveness,  can be downloaded here JAPCC_J30_Art-07_Robinson.