Skylo and Sony Semiconductor Israel to deploy IoT over satellite

Skylo, maker of an affordable network that connects any machine or sensor, announced a partnership with Sony Semiconductor Israel (formerly known as Altair Semiconductor). With the partnership, Skylo and Sony are the first to develop and deploy cellular IoT chipsets (branded “Altair”) that can connect via geostationary satellites, leveraging the standardized, 5G-ready, NB-IoT protocol.

The partnership also makes significant contributions to 3GPP future specifications, which will help standardize and accelerate the adoption of NB-IoT over satellite. In addition, this innovative use of Sony’s Altair cellular IoT chipsets dramatically reduces the cost for IoT applications to connect via traditional satellite networks.

Skylo, which was founded in late 2017 by researchers including Dr. Andrew Kalman, is building an efficient, global NB-IoT network over satellite for millions of presently unconnected devices, machines, and sensors. Sony Semiconductor Israel is a leading provider of cellular IoT chipsets and, through this partnership, both parties have extended existing cellular IoT chipsets to communicate directly over Skylo’s hosted satellite network.

“For industries with assets deployed all over the globe — including marine vessels, vehicles, and industrial equipment — having access to a ubiquitous fabric of carrier-grade, affordable IoT connectivity that is enabled by Sony’s Altair cellular IoT chipsets is a game-changer,” said Dr. Andrew Nuttall, Skylo’s co-founder and CTO. “This partnership ensures our ability to continue to quickly scale the manufacturing and deployment of connector Skylo Hubs to our customers around the world.”

“We are glad to collaborate with Sony Semiconductor Israel on this important technological breakthrough, which provides an entirely new method of connectivity for IoT for customers around the world and also contributes greatly to the development of future 3GPP standards,” said Moshe Noah, Vice President of Engineering at Skylo.

“We are excited to work with Skylo and launch an entirely new IoT category for industrial machines,” said Dima Feldman, Vice President of Product Management and Marketing at Sony Semiconductor Israel. “We’re impressed by the innovative way that Skylo has extended our chip functionality over satellites to expand the connectivity reach to the most remote locations and we look forward to helping Skylo bring billions of sensors online for the first time. In addition, the Altair field proven, ultra-low-power and ultra-small chipset solutions are ideal for the type of data exchange for industrial use cases,” added Feldman.

Skylo is launching commercially this year over South Asia and can be accessed using the Skylo Hub, which is a portable satellite NB-IoT antenna terminal. The Skylo Hub costs less than $100 USD and integrates seamlessly with existing machines & sensors. The Skylo Network is hosted on existing geostationary satellites and enables immediate connectivity for customers without the need to add new infrastructure in space. Skylo is venture-backed by leading investors in telecom and space including SoftBank Group, Boeing HorizonX, Innovation Endeavors and DCM Ventures.

Share
Previous #SpaceWatchGL Share: Africa is investing more money in space and satellite industry
Next #SpaceWatchGL Opinion: German space policy: the need for a strategy and a corresponding legislation 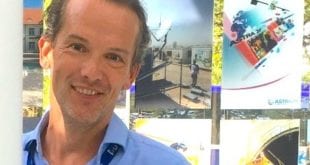 E2MC Update On Space Financing Rounds In 2020 So Far 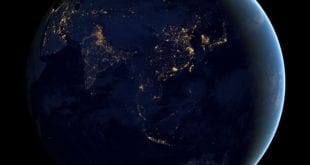