Astrocast and KSAT agree to leverage the KSATLITE Ground Network

Astrocast and Kongsberg Satellite Services (KSAT) announced the signing of a new partnership agreement to utilize the integral flexibility of the KSATLITE ground network as a relay for the Astrocast IoT Nanosatellite Network. Astrocast and KSAT have been working together for more than two years on the Astrocast Network’s precursor and In-Orbit-Demonstration missions. Astrocast will make use of the scalable ground network offered by KSAT which is optimized for large constellations of small satellites. This partnership signifies a new phase as Astrocast prepares for commercial availability at the end of 2020.

“Thanks to the in-orbit demonstration mission with KSAT, our team is now ready to start commercial operations with the launch and operation of our next five commercial satellites later this year,” said Federico Belloni, CTO of Astrocast. “These new satellites are a game changing technology in the direct-to-satellite IoT industry.”

“The unique feature about KSATlite is that we adjust the network to meet the customer needs. Meaning, as the constellation grows, the network will grow to accommodate required contact time and in essence growing together in a partnership,” explained Kristian Jenssen Director of KSATLITE at KSAT.

Currently supporting more than 10’000 contacts per month, KSAT’s lite-network is continuously expanding to deliver the most comprehensive ground solution in the market today – growing both the number of antennas as well as their geographical footprint.

“Our team has gathered unique hands-on experience with extensive constellation management, handling every aspect from licensing and testing through launch, LEOP, and on-orbit support, for the largest smallsat constellations in orbit today,” said Kristian Jenssen director KSATLITE. “The Astrocast team has impressed us with the unmatched performance of their system. We are excited to be working closely with such a pro-active and creative team and are eager to get started with supporting them on the commercial constellation.” 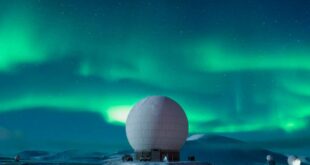 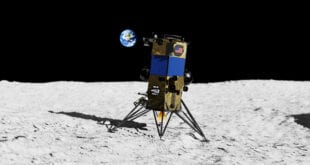 KSAT to support Intuitive Machines’ Missions to the Moon