On 15 May 2020, NASA Administrator Jim Bridenstine gave the first public presentation of the Artemis Accords, a NASA initiative to develop consistent and effective norms for the Artemis Program lunar missions to be conducted in partnership with space agencies around the world.

As these accords are still being worked out between NASA and partner space agencies, the content of these documents has not been made public. However, the basic elements of these Artemis Accords appear to be a mix of  reaffirming pre-existing norms of international space law, and engaging in the progressive development of some additional, emerging norms tailored for lunar activity. In my view, both the preexisting norms and the progressive elements in the accords will be instrumental for cooperative, sustainable, and peaceful lunar exploration and development.

This post is my attempt to place the elements of the Artemis Accords in their legal context – including where they merely reiterate and bolster existing space law, and where they are setting precedence in the development of new norms for lunar activity.

The political aspects of the accords, including how they will be developed and implemented with partner countries, how they will be perceived internationally, and their possible impact at international fora like the UN Committee on the Peaceful Uses of Outer Space (COPUOS) is therefore outside the scope of this article.

According to the released information, the Artemis Accords will base partnership on shared understandings and shared commitments related to:

In my view, the elements of the accords which safely (and wisely) reiterate pre-existing norms of space law are the principles of space activity for peaceful purposes, the right to access and use space resources, emergency assistance, registration of space objects, the requirements of transparency, and the release of scientific data.

The progressive elements of the Artemis Accords which would establish new lunar norms (or at least drive greater specificity in existing norms) concern the requirements for interoperability, the deconfliction of activities, protection of lunar heritage, and obligations addressing orbital debris and spacecraft disposal.

International space law is not as comprehensive and exhaustive as other international regimes for areas outside of state territory (such as international maritime law, air law, or even governance of Antarctica). Nevertheless, space law does contain some basic principles – most of which are found in the 1967 Outer Space Treaty. NASA officials have described the Artemis Accords as an “ode to the Outer Space Treaty” in how they reiterate its principles and incorporate them in a manner specific to lunar activity.

Peaceful purposes is a cornerstone principle of international space law and will be applicable to any Artemis mission from beginning to end, so it’s best to begin with this principle. In general, the Outer Space Treaty is applicable to activities on the Moon, and a few provisions directly address and regulate lunar activity. Article IV states that the Moon shall be used exclusive for peaceful purposes.

This is a major demilitarization clause, stating that the activities on the Moon shall be exclusively peaceful, and prohibiting military bases, installations, fortifications, weapons testing and military maneuvers (on the one hand), yet carving out military personnel for peaceful purposes, including scientific purposes, as permitted (on the other hand).

Peaceful activities on the Moon are placed squarely in the Artemis Accords as well. Peaceful activity on the Moon is not solely for the purposes of a conflict-free lunar landscape, but is tied to relationship maintenance and building between nations on Earth. Concerns that the US Space Force will be operating on the Moon, are, in my view, unfounded, because of this strong non-militarization clause, a pillar of space law.

Long-term crewed missions and presence on celestial bodies will be predicated on using resources found on those celestial bodies. Astronauts will be using resources found there for critical purposes – such as deriving breathable air, potable water, fuel and other consumable, as using these resources to build infrastructure such as habitats, landing pads, and other facilities. It’s common sense: long-term presence in space would be impossible unless we can use the resources found there. Just imagine going on a semester abroad for a month or more, but having to bring all the food and liquids with you in your suitcase(s), and having to spend much more to travel because of that added weight – would you still go?

Because it is essential to use resources found on the Moon as part of the Artemis program, making it clear that this is permissible is a fundamental aspect of the Artemis Accords. For the US (as well as a few other countries with specific national space legislation on the topic) the right to use space resources is not just “not prohibited” by Article II of the Outer Space Treaty, it is actually a right found in Article I of the treaty, and part of the fundamental freedom to explore and use outer space. The very title of the Outer Space Treaty reaffirms this view: “Treaty on Principles Governing the Activities of States in the Exploration and Use of Outer Space, including the Moon and Other Celestial Bodies.” It’s also worth pointing out that any exploration, access, use, and utilization of space resources will not rise to the level of a national appropriation of territories on the Moon, as Article II of the Outer Space Treaty states that Outer Space, including the Moon and other celestial bodies, is simply and explicitly ‘not subject to’ national appropriation.

The Artemis Accords, as well as the March 6 Executive Order and the 2015 US national space resources law, show that the US sees this right as fundamental to a return to the Moon and long-term presence in space. Thankfully, no countries have come out to say that the use of space resources is prohibited, but some have called for international rulemaking on the particulars of space resources use. The topic of governing resources is even an agenda item at the Legal Subcommittee of the United Nations Committee on the Peaceful Uses of Outer Space (COPUOS) and international rulemaking may get underway in the next few years.

Because countries are internationally responsible for their national space activities, they register their space objects with the United Nations, and the UN keeps an open and accessible database for all to see. International registration is made mandatory in the 1975 Registration Convention, a widely-ratified treaty with 69 States Parties as of 2020. Under the Artemis Accords, joining the Registration Convention and registering your space objects will be fundamental in fostering a transparent and predictable legal environment.

Registration of space objects is a component of a larger value of transparency. Transparency of your own state’s space activities has been desired since the dawn of the space age, and certainly seems to be the case for peaceful, civil scientific and commercial activities (to an extent – military security space is a different matter). However, based on the Moon being almost totally demilitarized (see above), Artemis Accords partner nations will be required to publicly describe their own policies and plans in a transparent manner.

Transparency is aligned with existing obligations in the Outer Space Treaty, especially Art. XII, where States exploring space agree to “inform the Secretary-General of the United Nations as well as the public and the international scientific community, to the greatest extent feasible and practicable, of the nature, conduct, locations and results of such activities.”

Being open about any potential hazards posed to human spaceflight found in space is mentioned in Art. V, and allowing other countries to observe your space launches, on a basis of reciprocity, is mentioned in Art. X. Civil and scientific cooperation between countries is dependent upon transparency of your activities, and (along with registration) a necessary component should any claims for responsibility or damage arise. Lastly, transparency is a critical component of space security, as transparency and confidence building measures (TCBMs) has long been an aspect of relationships between rivalrous countries, so as to prevent misapprehensions between them.

It’s a long-standing NASA policy to share scientific findings and data, and this will apply across the life of any Artemis mission, and well beyond the mission’s end. This openness and willingness to share scientific data, research, and findings is another component of transparency (see above) and an aspect of various principles in space law, including the previously mentioned Art. XII of the Outer Space Treaty, where States shall inform the international scientific community of the nature, conduct, locations, and especially the findings of space activities.

Article I of the Outer Space Treaty also speaks about space exploration done in the benefit and interest of all states, and the sharing of one’s scientific data and findings is certainly an example of such benefit sharing. Consequently, it seems fitting that cooperation in Artemis by partner countries and space agencies will follow along these same lines, and that scientific data will be shared and be made widely available.

However, the extent to which commercial actors will partner in Artemis, and their potential desire to hold close intellectual property with monetary value, will have to be tempered with this longstanding principle. A simple scenario might be that a commercial partner joins in the development and operation of a scientific instrument on the Moon.

Part 2 of this article was published on 28 May. You can read it here.

Chris Johnson is the Space Law Advisor for the Secure World Foundation, and is a Professor of Law (Adjunct) at the Georgetown University Law Center where he co-teaches the spring Space Law Seminar, and a Faculty Member at the International Space University. A member of the International Institute of Space Law (IISL), Mr. Johnson has written widely on space law and policy issues, and represents the Secure World Foundation at the Legal Subcommittee of the United Nations Committee on the Peaceful Uses of Outer Space (COPUOS). 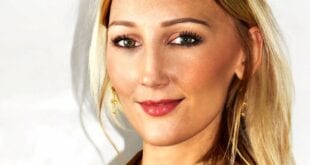 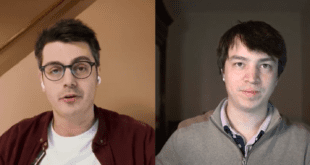 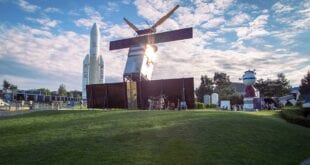 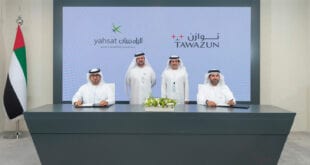