Hosted by Lockheed Martin and the Royal Observatory Edinburgh, and in collaboration with Northern Space & Security Limited (NORSS) and Northumbria University Faculty of Law, the fourth instalment of the Global Space Traffic Management Workshop (GSTMW) brought together a variety of international participants from across the strands of academic, government, military and commercial space.

Because of the multi-disciplinary approach of the event, there is a growing community of participants in the workshop. The diversity of participation ensures each individual brings their own unique and valuable approach to the problems presented by operating in the space environment. The previous workshops have generated many salient questions, investigated solutions and pinpointed key areas that require development for better understanding the concept of Space Traffic Management (STM).  Of note, last year’s event explored the concept of a Space Law Game to explore the roles and responsibilities supporting STM and since then the discussions have matured into a full-blown project; but more about that later.

There is an acceptance that more and more satellites are launched into orbit every year, into a growing population of space debris, therefore they will require monitoring and managing more effectively, as noted in the inaugural workshop. Further ideas developed from the initial discussions and, the inaugural event in 2016, focused on the challenges affecting the space operations community, such as policy, technology and issues involved in current infrastructure. The 2017 event explored what STM capability in the future may and should look like, not only by utilising scenario-based exercises to understand what is required for effective STM but also discussing how pilot schemes were developing in the USA. In 2018 the event alternated the approach to focusing on the network of data required to enable effective STM as well as the requirement for a regulatory framework in which STM would operate.

With this ever-developing broad experience in relation to STM, this year’s Workshop focused on some of the legal questions, how they related to technology for monitoring space objects and also with the official launch of the journey that is the “Space Law Games”. The core aim of the GSTMW has been the continuation of breaking new ground, in this instance, by exploring and creating the initial scenario for the Space Law Games; a scenario spanning a debris generating event in Geosynchronous Orbit (GEO) related to on-orbit servicing. This scenario will form the initial stage of what is developing into the complex ‘journey’ that is the Space Law Games, which aims to create a legal framework to enable litigation if a collision event occurs in outer Space whilst highlighting the roles, responsibilities and requirements needed to ensure sustainable Space operations.  The Space Law Games is not only focusing on how to litigate an event, but the research will endeavour to answer how a collision event may be avoided, if it does happen which evidence would be needed and what the long-lasting impact would be for the parties involved. Ultimately, through the support engendered via the GSTMW, the Space Law Games will create a trans-disciplinary approach to addressing the issue faced in litigating events in space. It has become clear, and evident through the great work achieved at events like the Advanced Maui Optical and Space Surveillance Technologies Conference (AMOS), that an individual discipline cannot solve the issues presented in outer space alone. The Workshop addresses this by heralding the start of the Space Law Games and involving a variety of space actors in the process.

The 4th GSTMW also highlighted the importance of data-sharing within the STM sphere. It was decided that open behaviour, with a need for an increase in data development and a single focused approach with data sharing rather that splintered, separate platforms is needed for the future of STM. Ultimately the GSTMW recognises that there is a lot of work required to ensure some form of Space Traffic Management/Monitoring can be effectively developed and initiated to enable a sustainable space operations environment. But space operations environment aside, what are the Space Law Games?

What is the Space Law Games?

The Space Law Games represents an attempt by industry and academia to work across traditional disciplinary boundaries to provide some clarity as to the roles and responsibilities of all users of space in both preventing and managing the environment to ensure space operations are sustainable. The Space Law Games will use the methodology of Wargaming – often used by the military sphere to inform the development of plans and tactics for operations – with the Moot Court proceedings to address the lack of legal capability and protection in outer space. At present, there has not been any litigation regarding on-orbit collisions and there is uncertainty as to how the international legal regime could manage a significant collision event in orbit. The ‘games’ will begin as a series of simulations based on both GEO and LEO (Low Earth Orbit) scenarios to underscore the operational differences in Earth Orbit. The 4th GSTMW has started the first script for a scenario in GEO, and the Space Law Game team at Northumbria University and NORSS will continue with further scripts for both environments that highlights issues that law currently cannot address. After the wargame simulation, evidence will be gathered on the outcome of the simulation. Afterwards the data produced from the collision and the complied evidence will be provided to a team of litigators who will address the legal issues. This will be used to predict the way in which litigation will proceed if such an event occurs.

Satellite operations are unique to any other operation on Earth and normative liability rules cannot be assumed to be automatically transposed to the space environment. Both proving damage and establishing fault are areas that need much greater clarity and explanation. It is the aim of the Space Law Games to use a simulated event to identify areas, which will both inhibit and enhance the prospect of a collision in space being the subject of successful litigation. The Space Law Games aim to identify the key issues, faced by all parties involved in the space environment by simulating on-orbit debris generating events.

The “Games” will ultimately attempt to answer the following questions in contemplation of potential legal proceedings:

The Workshop has been invaluable in this process as it not only provided the ‘kernel’ to the journey but has also enabled the Space Law Games to evolve and develop as it means to carry on. By combining different disciplines to produce an accurate and realistic report to benefit the entire space industry. The project will look beyond the conclusions of the stimulations and proceedings to explore the third and fourth order effects of the events on subsequent regulatory developments. Similarly, the GSTMW will continue to look beyond the conclusions of the findings of each year and ensure the continuous development of STM. 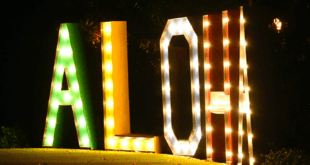