As part of the partnership between SpaceWatch.Global and Prof. Andrew Dempster, we have been granted permission to publish selected articles and texts. This is “Dig deep: Australia’s mining know-how makes it the perfect $150m partner for NASA’s Moon and Mars shots”, originally published 25  September 2019 at The Conversation.

In the wake of Prime Minister Scott Morrison’s meeting with US President Donald Trump, the Australian government announced on Sunday a commitment of A$150million “into our local businesses and new technologies that will support NASA on its inspirational campaign to return to the Moon and travel to Mars”.

It is unclear at this point where the government intends to spend this money, but there’s no harm in some reflective speculation.

Because this new commitment is to deep space missions, clearly it is separate from the A$245 million being invested in Australia’s Smartsat Cooperative Research Centre or the A$4.5 million for the Centre for Cubesats, UAVs and their Applications, both of which are generally looking at applications in Earth orbit.

The funding should also be separate from that committed to two Australian Space Agency initiatives: the A$6 million Mission Control Centre for South Australia, and the A$4.5 million Robotics, Automation and Artificial Intelligence Command and Control Centre for Western Australia. Both of these centres could, however, be used in any planned Moon and Mars initiatives.

The funding allocation should also not include the money already committed to space projects by CSIRO under its Space Technology Future Science Platforms initiative.

Where should it be spent?

In thinking about where the money can be spent, it’s worth noting the brief is explicitly to “support NASA”. So, where could Australia help?

NASA’s two main lunar initiatives are the Lunar Gateway and Project Artemis, both of which have been mentioned in relation to Australia’s funding pledge. Mars may be the long-term destination, but the Moon is where it’s at right now.

The Lunar Gateway is infrastructure: a spacecraft placed in a halo orbit (always in view of Earth) that is sometimes as close as 3,000km to the Moon’s surface. It will be used as a hub for astronauts, equipment and communications, and a staging post for lunar landings and returns.

Artemis aims to use NASA’s large new rocket, the Space Launch System, to deliver astronauts, including the first woman to walk on the Moon, to the lunar surface by 2024. It will develop a host of new technologies and is openly collaborative.

One contribution that cannot be ignored in this context is the technology emerging from Australia’s dominant mining industry. The strength in robotics, automation and remote operations has led to the above-mentioned robotics centre being slated for WA. What’s more, the Australian Remote Operations in Space and on Earth institute, a wide-ranging industry collaboration launched in July, is also likely to be headquartered in WA.

Another area where Australia is developing interesting technology is in optical communications with spacecraft, being driven by research at the Australian National University. At a recent CSIRO workshop to develop “flagship” missions for Australia, the idea of using lasers to beam communications rapidly to the Moon and back was highly rated.

Putting ideas out there

Of the nine possible flagships considered, seven are potentially relevant to the new funding. These include a space weather satellite, an asteroid detection system, a cubesat to Mars, a radiotelescope on the Moon, and a solar sail that could power spacecraft to the Moon. There are plenty of good Australian ideas around.

However, the flagship most closely related to the content of the announcement was a project proposal (disclosure: it’s mine!) that would place an orbiter around the Moon and design a lander/rover to establish our ability to extract water from permanent ice. Water can be used for many things in a settlement, and when split into hydrogen and oxygen it can be used as rocket fuel to move things around, including to Mars.

All of our research in this area has focused on how this can be done in a commercial way, very much in line with the philosophy of “Space 2.0”. We are putting together a significant team of academics, companies (not just mining and space ones), and agencies to pursue these missions seriously.

There has never been a better time to be working in the space sector in Australia. I and all of my colleagues in the field hope the latest announcement is the next step in establishing the vibrant, sustainable space industry so many in Australia now see as achievable.

The original can be find here –https://theconversation.com/dig-deep-australias-mining-know-how-makes-it-the-perfect-150m-partner-for-nasas-moon-and-mars-shots-123994  Rights reserved – this publication is reproduced with permission from Prof. Andrew Dempster. 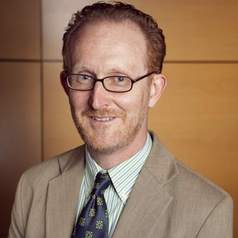 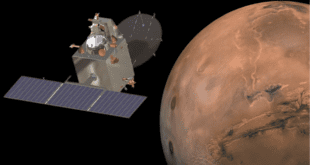 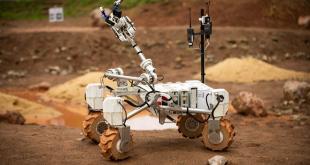