#SpaceWatchGL Op’ed: The Race for a Place in Space by Eugen Stamm – Part I

As part of the partnership between SpaceWatch.Global and investiere – Verve Capital Partners AG, we have been granted permission to publish selected articles. This is Part I of “The Race for a Place in Space” by Eugen Stamm, originally published on 11 November 2019 at www.investiere.ch.

Is there a place in space for Swiss startups? Yes, says José Achache, former director of Earth Observation at the European Space Agency (ESA). José wants Switzerland to be seen as a space nation. In this interview, he explains how. He works closely with Nanja Strecker, who runs the ESA Business Incubation Center in Switzerland. We asked her about the benefits of the incubator for startups. 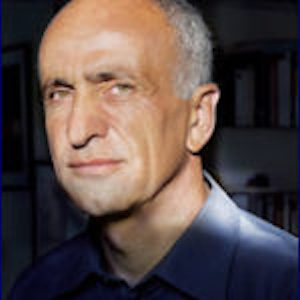 José Achache is Managing Director of AP-Swiss, a joint programme of the European Space Agency (ESA) and the Swiss Space Office, which supports space startups. He was a professor of Geophysics and Earth sciences and top executive in French and international R&D organizations (BRGM, CNES, ESA, GEO). José is chairman of the board of Astrocast and Geosatis and involved in several other space-related companies in Switzerland and abroad. He wrote “Les Sentinelles de la Terre”, an essay on space policy.

José, where does your fascination with space come from?
As an adolescent, I was much more fascinated by the depths of the oceans than the heights of space. But the attraction to space came to me naturally when I was a professor of geophysics in Paris. Back in the 1980s, we started studying the Earth with satellites. By looking at the Earth from far above, you get the big picture, and fault lines between tectonic plates become visible. You also gain insights you cannot get otherwise into phenomena that are global in nature, like the magnetic and gravity fields. As I said, my interest in space started relatively late but, since then, it has been the “fil d’Ariane” of my professional and personal life.

But still quite early in the history of space exploration. How were things at that time?
First of all, most of what flew in space was either American or Soviet. The telecom business was developing, science in space was emerging and GPS did not exist. The information and the services from space were minimal compared to what is available today.

You joined the French space agency CNES later. What did you do there?
Yes, I went from using space as a researcher to designing and managing space programs. I became a research bureaucrat (laughs). My main contribution during this period was to initiate a fantastic program that would provide a comprehensive picture of the Earth’s environment. A sort of global utility for the Environment. It was launched during the French Presidency of the European Union in 2000, and it is now called Copernicus.

Eventually, you became Director of Earth Observation at the European Space Agency. ESA has 22 member states, including Switzerland, it has mandatory and optional space programs. How is it to work inside this large organization?
I would describe ESA as goddess Kali with 8 arms, the 8 directors of the agency.  They have very large powers to bring initiatives and new programs forward. But for these programs to succeed, they have to be attractive for all member states, their industries, and their scientific communities, because the agency functions à la carte.The programs of the agency have to reconcile the sometimes contradictory goals of all member states. But even with these challenges, ESA can field fantastic missions that advance science and industry. This was exactly the case with Copernicus, which I further developed as an ESA program. The large number of satellites of the program, the Sentinels, allowed us to accommodate the requirements of all the member states. Yet, I remember that the most difficult battle was to make them accept its “free and open” data policy, now recognized as the key to its present success.

Now you’re closely working with the business incubator of ESA in Switzerland. How come?
I came to Geneva to lead the international organization GEO, also active in Earth Observation satellites. Then, I decided to stay in Switzerland and contribute to developing the space sector in Switzerland. It was 2012, and ESA was promoting applications of space and the concept of business incubators. The goal was to benefit from space for economic growth in Europe. There was all this gigantic infrastructure in space, and the question was how to make good use of it. Given my experience in space, an old colleague from ESA told me I could be helpful. This was the beginning of my third life in space: after scientific missions and public infrastructures, I was going to develop business in space.

Can you give me an example?
Astrocast is a good example. The founders are the guys that built the SwissCube, the first Swiss satellite, a very small and cheap satellite, but still in operation after 10 years in space. They asked me for guidance to develop Earth observation as a business model. My advice was to go commercial but not with imagery, which had little business value, but rather with data transmission, which is a viable business case. Eventually, Astrocast benefited from the ESA Business Applications program that promotes the development of space-based applications.

You said you want to develop the space sector in Switzerland. Is there much activity in this sector?
Yes indeed! A cluster of interesting companies is slowly but surely building up. There is more to the Swiss space industry than Ruag Space, which manufactures the payload fairings for Ariane rockets as well as structural elements for spacecraft. Take Apco Technologies for example, which is another important manufacturer of equipment for the space industry, U-blox, which sends wireless modules to space, Syderal which produces hardware and software electronics for satellites, Spectratime which produces the clocks for Galileo satellites, or startups like Swissto12 that manufactures 3D-printed antennas or Geosatis which is providing a space-based service to monitor offenders. And many more are coming, thanks to the technology and applications programs of ESA, as well as through the ESA BIC CH. The Swiss Space Center located at EPFL and ETH Zürich, is an important networking platform as well. In my view, Switzerland is on its way to becoming a space nation.

Other countries are actively positioning themselves as space nations as well. Luxembourg, for example, wants to take a lead in space mining and has already created a legal framework for that, as the first European country. How do you judge these efforts?
This is primarily successful marketing. In 1985, the company SES, Société Européenne des Satellites, was created in Luxemburg with an investment from the state. It has proved to be wildly successful and contributes a significant fraction of Luxemburg GDP through dividends. So Luxemburg is probably searching for a way to replicate that success and tries to attract companies to set up shop there. They have a state investment fund that pumps up to 10 million into a single startup, but all this achieves is absurd valuations. The problem is that if you want to manufacture satellites, you need engineers. In Switzerland, we have technical universities like EPFL and ETH Zürich, which provides a competitive advantage that other countries can’t overcome easily.

What about the concept of space mining itself, how realistic is it?
Why not? Just think about the mining industry here on Earth. It takes about a decade to complete a mining project, from exploration to production, so this is a sector that isn’t scared by a 10-year return on investment. And with such very long time frames in mind, mining asteroids isn’t a completely stupid idea anymore. Jeff Bezos, the founder of Amazon talks about space mining, and so does Elon Musk, who wants to harvest hydrogen and ammonia from asteroids.

What do you think will be interesting concepts in space in the future?
The combination of Earth observations generated by Copernicus and machine learning will yield the information we could have only dreamt about in the past. Many startups are now introducing artificial intelligence to analyze satellite imagery. Apart from that, I think we’re going to hear much more about cybersecurity in space in the coming years. All satellites are potential targets of cyberattacks, and they aren’t very secure. Cysec is another startup from the BIC that is active in this field.

…will be continued in Part II !
Rights reserved – this publication is reproduced with permission. The original was published :https://www.investiere.ch/blog/jose-achache-nanja-strecker-esa-bic/ , Author Eugen Stamm,  Communications Associate at investiere | Verve Capital Partners AG.

investiere is the leading European startup investment platform for qualified and institutional investors. Our investment professionals screen thousands of companies and present the best investment opportunities on our digital platform after a rigorous due diligence process. investiere focuses on European high-tech startups. The investiere community consists of more than 3’500 qualified private investors, family offices and pension funds. Furthermore, numerous Swiss corporates rely on investiere’s VC expertise to screen, select and invest in promising startups (clients include Swiss Post, u-blox, a leading Swiss health insurer, as well as a publishing house). With CHF 30 million invested in 2018, investiere is Switzerland’s most active startup investor. Zürcher Kantonalbank, the third-largest bank in Switzerland, is a minority shareholder of investiere. To join our international and growing investor community, visit investiere.ch.
Share
Previous Qatar’s Es’hailSat Looking To Enter Over-The-Top Media Services Market
Next #SpaceWatchGL Op’ed: The Race for a Place in Space by Eugen Stamm – Part II

Space Café Radio – on tour in Lausanne – with Jim Bridenstine