UK and Australian Space Agencies Agree to Step Up Cooperation

The UK and Australian Space Agencies have agreed to take their cooperation to the next level and to develop a ‘Space Bridge’. The agreement, announced on Tuesday at the UK Space Conference will further the ambitions set out in the Memorandum of Understanding signed by the two agencies in October 2018 and lay the foundations for swift and amicable negotiations for space-related opportunities under any potential future UK-Australia trading arrangements.

“The UK’s space heritage has strong links to Australia, with the first British rockets lifting off from Woomera in the 1950s, and we are committed to strengthening our friendship and partnership,” said Dr Graham Turnock, CEO of the UK Space Agency. “A Space Bridge agreement will bring significant benefits to both our thriving space industries, facilitating new trade and investment opportunities and the exchange of knowledge and ideas.”

The two national space agencies will work with the UK’s Department for International Trade (DIT) and Australian Trade & Investment Commission (Austrade), and with industry leaders including the UK’s Satellite Applications Catapult, and the new Australian SmartSat Collaborative Research Centre to establish this world-first concept for international space collaboration.

“This latest agreement builds on a number of recent international agreements that are positioning Australia to play an increasingly important role in the global space industry,” said Dr Megan Clark AC, Head of the Australian Space Agency. “The Space Bridge will open up new opportunities for Australian space businesses to access the global space sector through future trade agreements. This is an important step in the Agency’s goal to transform and grow the Australian space industry.”

The UK Space Agency and the Australian Space Agency with DIT and Austrade, will now work with interested stakeholders to develop the Space Bridge Framework Agreement in the coming months, building on the significant industrial engagement from the Satellite Applications Catapult and SmartSat CRC.

Joint work is ongoing between the UK and Australia in space, with the launch last year of the Surrey Satellite NovaSAR, which uses radar to view the Earth through cloud cover. The satellite will share 10% of its data with the Commonwealth Scientific and Industrial Research Organisation (CSIRO) in Australia. 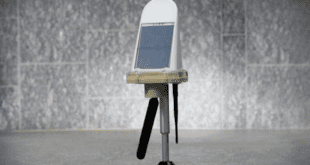