The first successful link was established with a 1.2-meter GATR antenna in Winding Bay at Team Rubicon’s forward operating base on Abaco Island. The internet connection was via Intelsat’s FlexGound network, which allowed Team Rubicon, another non-profit organisation supporting the relief efforts, to better coordinate aid for supplies and personnel.

Installed on a pickup truck used by the response team for transportation, Cubic’s Vocality RoIP gateway was set up with an on-the-move antenna to provide internet connectivity in order to communicate with its various sites in the Bahamas as well as the pilots and boat captains transporting supplies and relief personnel throughout the islands. In Man-O-War Cay, connectivity was established at a local community centre using a 2.4-metre GATR antenna to support local food distribution throughout the area.

Cubic’s GATR FLEX antenna was deployed in Great Abaco at the United Nations Emergency Operations Center (EOC), at the government facility plaza to establish internet connectivity for first responders. Combined with a DTECH M3-SE router, a private network was able to be set up to allow indefinite users to connect to the WiFi hot spot enabled by the FLEX SATCOM backhaul link. This was a key installation as the EOC coordinates relief efforts across multiple organisations.

Finally at the Marsh Harbor Airport, another GATR 2.4-metre antenna was installed enabling efficient coordination of arrivals, departures and local pick up for personnel supporting the effort as well as supplies being delivered to the Bahamas.

“We understand the immediate need of staying connected during natural disasters,” said Mike Twyman, president of Cubic Mission Solutions. “It is vital that first responders and those aiding recovery efforts can quickly access data, video and voice communications to help those devastated by the hurricane.”

Together with the response team on the ground, Cubic systems are continuing to provide connectivity to over 2,000 survivors from affected communities as well as first responders during the rescue, response and early recovery phase of operations.

“The rapidly deployable kits provided by Cubic have been a game-changer here on the ground. Due to cellular disruption and logistics challenges on the ground, having highly portable equipment to establish communications has been an absolute critical component to the recovery effort,” said Adam Marlatt, operations director of Help.NGO.

In addition to supplying manpower and equipment to restore connectivity, Cubic is also supporting Help.NGO with a monetary donation to assist in the organisation’s relief efforts.

Since 2005, GATR antennas have been deployed to support 15 natural disasters worldwide such as Hurricane Katrina in Louisiana and Mississippi; Hurricane Ike in Texas; Hurricane Irma and Hurricane Maria in the U.S. Virgin Islands and Puerto Rico; Typhoon Idai in Mozambique; Typhoon Hiyan in the Philippines; as well as earthquakes in Haiti and Nepal. 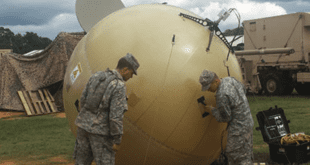 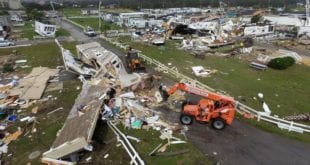 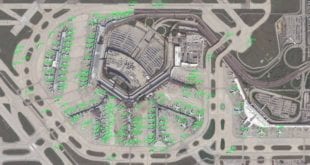