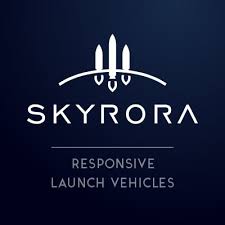 Skyrora, the Edinburgh-based New Space launch company that is aiming to become the first UK private company to launch payloads into Earth orbit, is searching for launch sites in the British Isles from where it can conduct a series of launcher tests over the coming year, according to UK press reports.

Skyrora will make three test launches over the next 12 months, the first expected to take place over the next few months, as part of its effort to certify its Skyrora XL satellite launch vehicle that will be 10 metres tall and will be able to loft a 100 kilogram payload into low-Earth orbit. The company conducted one of its first tests near Evanton, Scotland, in August 2018 when it launched its SkyLark Nano sounding rocket to an altitude of 6 kilometres, reaching a speed of Mach 1.45.

Among the launch tests planned for the coming year is one aiming to breach the so-called Kármán line, the altitude at which atmospheric flight ends and orbital dynamics begin – 100km.

“UK launches will help the whole country’s space sector,” said Daniel Smith, Skyrora’s business development manager, in an interview with British newspaper The Daily Telegraph. “We’ll evaluate how our systems work, while regulators like the Civil Aviation Authority, UK Space Agency and Ofcom will see how launches can be managed. It’ll demonstrate how Britain is ready to compete globally.”

While Skyrora is believed to be open to using launch sites outside of the UK, its preference is to use one in the British Isles. Among the leading candidates are locations in Northern Scotland where launches can be made into sun-synchronous orbits over the Arctic. Northern Scotland is also the location for the first UK spaceport in Sutherland.

“We are doing the glamorous part – rockets – but the UK has a strong background in space technology,” Richard Osborne, Skyrora’s programme engineer, told The Daily Telegraph. “Launching in the UK will show that the country has an end-to-end space industry, that we can be a one-stop shop.”

Skyrora was founded by Ukrainian entrepreneur Volodymyr Levykin, and is headquartered on Princes Street in the heart of Edinburgh, the capital of Scotland. Skyrora also maintains locations in Cornwall and in Ukraine, and employs 120 people.