Eutelsat Communications and Afghanistan Broadcasting System (ABS) have signed a multi-year, multi-transponder contract for video capacity on the EUTELSAT-53A satellite.

ABS will use EUTELSAT-53A’s Ku-band resources over Central Asia to provide nationwide coverage for the launch of its new DTH platform, Oqaab HD+. This platform will be enriched in the coming months to carry a mix of national and premium international channels. The capacity will also enable ABS to extend its DTT network from Kabul to all other Afghan provinces by feeding DTT network head-ends.

Andi Wilmers, ABS’s Chief Operating Officer said: “With our new teleport in Kabul, we provide better signal quality for the local broadcasters across Afghanistan at compelling terms. Eutelsat’s resources over Afghanistan provide the needed signal strength so that people can receive all channels, even with a 45-cm satellite dish antenna. In 2019 we will offer enhanced services like Video on Demand (VOD) and other products to customers across the country.”

Michel Azibert, Eutelsat’s Chief Commercial and Development Director, added: “We are delighted to be supporting Afghanistan Broadcasting System in enriching the country’s TV landscape. This contract consolidates our presence in Afghanistan, where we have been present since 2014 in partnership with the Ministry of Communications in the data field. It also highlights the ability of satellite to deliver immediate content.”

Founded in 2013, Afghanistan Broadcasting System is the only licensed Afghan company to provide Digital Television (DTV) throughout Afghanistan and to facilitate the International Telecommunication Union’s (ITU) mandated switchover from analog to digital broadcasting. Headquartered in Kabul, ABS has regional offices from which it will focus on rolling-out the Digital Terrestrial Television (DTT) network and Direct-to-Home (DTH) service across the country. Through its branded Oqaab platform, ABS is offering a mix of Afghan and premium international TV channels in areas, where no terrestrial reception was offered before. 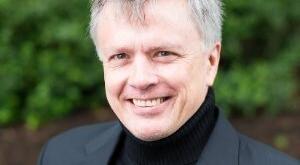 Lynk to Begin Commercial Services in 2023