Not three, but two launches may be performed from the Guiana Space Centre in Kourou until the end of 2018 as one of them is expected to be moved to 2019, says a source at the cosmodrome as quoted by RIA Novosti.

‘One Soyuz launch is likely to be moved to 2019. If this happens, two more Soyuz launches remain until the end of the year: one for the MetOp-C satellite, the other one for OneWeb’, notes the source.

Another source had informed RIA Novosti earlier that three launches of Soyuz-ST rockets were planned from Kourou until the end of 2018. According to that source, the launch of the European weather satellite MetOp-C was preliminarily scheduled for October 6. The Italian satellite CSG-1 was then planned to be launched in November. The launch campaign of 2018 was expected to be crowned by the first launch of a Souyz-ST rocket with demo mini-satellites for OneWeb, a satellite Internet provider.

The Souyz-2 vehicle was specifically improved for launching in the humid and hot climate of the French Guiana where Guiana Space Centre is located. Most notably, security was specially improved on the launch vehicle in terms of receiving commands from the ground control to terminate flight, as well as telemetry and the ability to function in a hot environment and high humidity and to withstand transportation by sea.

According to an open source, CSG-1 is a radar reconnaissance satellite. Its special feature is a specialised gyrodine that enables it to perform orientation maneuvers without wasting propellant. Additionally, this function will be provided by flywheels.

The MetOp satellites are a series of weather satellites operating in a polar orbit at the mean altitude of 800 km. The first satellite of the series, MetOp-A, was launched in October 2006, the second one – MetOp-B in September 2012. Both of them have been successfully operating in orbit ever since.

The British global satellite network OneWeb is ultimately set to operate 672 satellites placed orbits with the altitudes of 800 and 950 km. Another key component of the project are gateway terminals whose purpose is to provide the Internet to end users across the serviced areas. 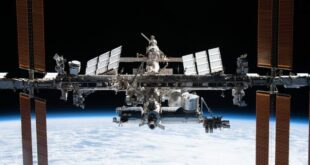 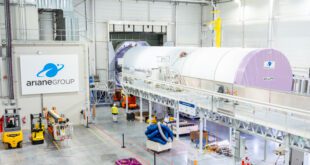 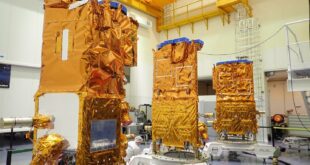