Priorities and Recommendations for Europe

With  the European documents of reference which have published the key priorities for Europe in terms of space in mind:

A future European Space Defence Architecture must be able to accommodate varying levels of defence cooperation and integration with neighbouring and other partner states. It must feature capabilities, but also practices that result in the maximum impact within the European Defence Architecture, such as the suggestion of including space resilience in operational planning from the previous section. Clearly, it should be compatible and interoperable with the US as we strive to cooperate in crises and conflict.

Consequently, mirroring the US model, we propose 7+2 layers of systems that feature redundant capabilities, interoperability between each other and with systems of allies and a logistics and industrial support system capable of rapid redeployment or replacement. These layers are as follows:

With view to the US space architecture, two additional layers – framing the other seven – are envisioned:

As part of the architecture, we also define six tiers of functioning – undersea/underground, ground, high altitude, LEO, far Earth orbits including GEO and deep space. Integrated space systems function across multiple planes with components located in each and with links primarily through communication but also through supplies and other types of dependencies. For instance, a simple space surveillance system for an unstable region could consist of a number of low-cost surveillance satellites strung out in orbit to provide permanent coverage; however, this is not the only component. It also features ground stations with privileged access to system functions and specific ground equipment, communication interlinks, redundant communication capabilities with the beneficiaries (for instance, through fiber optics to avoid ground jamming, or ground and space based quantum key distribution networks to protect highly classified information) and, in order to supplement capabilities on a short-term basis with new sensors, it could contain high altitude surveillance sub-systems such as surveillance drones or high-altitude balloons.

The space sector is undergoing a massive transformation. In view of its rapidly increasing importance, the European Union must embrace the new challenges ahead and seize the opportunities that present themselves. It has everything it needs to become a leading space power: gifted talent, outstanding research, technological leadership and remarkable industrial capabilities. Yet it lacks the conceptual underpinnings and, above all, the traction to tackle extraordinarily dynamic evolving challenges that involve not only the ambitions of national governments, but also a fast-growing and dynamic private sector that links both large and small industries, space and non-space ecosystems. To this end this paper recommend sa common ambitious high-level vision for European advancement in the Space Domain. Europe’s future prosperity, security and defence are at stake.

Ralph Thiele is President of the independent initiative EuroDefense Deutschland e.V., Chairman of the Political-Military Society and Managing Director of StratByrd Consulting. He is a strategy consultant, security expert, researcher, consultant and publicist. In his military career, he has held important national and international positions, including on the planning staff of the German Minister of Defence, in the cabinet of NATO’s Supreme Allied Commander Europe, as Chief of Staff at the NATO Defense College in Rome, as Commander of the Bundeswehr Transformation Centre and as Director of Teaching at the German Armed Forces Command and Staff College. Thiele advises in Europe, America and Asia on security topics in times of digital transformation. He is currently leading international research projects on hybrid threats and analyses current developments in new media, print media, radio and TV in the context of the war in Ukraine. 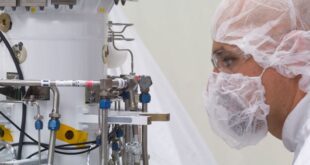