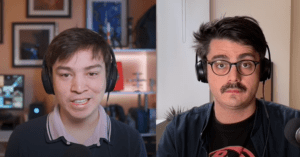 As part of the partnership between SpaceWatch.Global and Orbital Gateway Consulting we have been granted permission to publish selected articles and texts. We are pleased to present “Dongfang Hour China Aerospace News Roundup 6 – 13 December 2021”.

Hello and welcome to another episode of the Dongfang Hour China Aero/Space News Roundup! A special shout-out to our friends at GoTaikonauts!, and at SpaceWatch.Global, both excellent sources of space industry news. In particular, we suggest checking out GoTaikonauts! long-form China reporting, as well as the Space Cafe series from SpaceWatch.Global. Without further ado, the news update from the week of 6 – 13 December 2021.

The lead story of the week is without a doubt the successful launch of the Ceres-1 small lift solid-fueled rocket from the Jiuquan Satellite Launch Center, by the Chinese launch startup Galactic Energy. Galactic Energy was founded in 2018, a few years after Landspace, iSpace, OneSpace, Linkspace, which are generally referred to as the first generation Chinese commercial launch companies. Despite the late start, Galactic Energy has been moving very fast, becoming in November 2020 the second commercial company ever in China to put a payload into orbit (with the Ceres-1 rocket), barely 16 months after iSpace with the Hyperbola-1 rocket in July 2019. 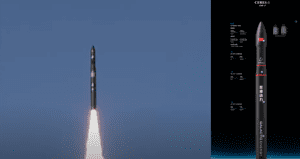 The latest successful Ceres-1 launch over the past week is the 2nd success in a row of Galactic Energy, and one could argue that this gives the company the title of the leading commercial launch company in China, as it is the only launch company to have done so, while in parallel iSpace, the only other company to have succeeded an orbital launch, has failed the 2nd and 3rd launches of the Hyperbola-1. This tends to highlight a certain level of reliability of Galactic Energy’s rockets.

Just some brief background on the rocket family of Galactic Energy before digging into the payloads of this launch:

Let’s move on to the payloads, where there was a lot of interesting nuggets as well.

Several of the satellites launched this week show the emergence of the commercial space sector in Tianjin. First, we saw that one of the satellites was a satellite seemingly co-developed by Tianjin University and CGSTL. We also apparently saw the high-performance inertial measurement units on two of the Spacety satellites developed by a Tianjin Huaxin Technology Company, with this having been the second such collaboration following similar collaboration on the Yuanguang (元光号) satellite launched in late 2020.

Huaxin’s involvement was covered by the news website of the Tianjin Economic Technological Development Area (TEDA), the area in which Huaxin is HQed. The development area is large, and in one of China’s relatively few free trade zones. Having been to the area surrounding TEDA in 2019, I can also say that at the time, it was one of the world’s truly epic ghost cities, located just some tens of kilometers from a city of a couple tens of millions of people, and a large Airbus facility, among other things. 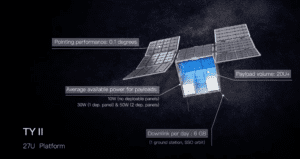 While Tianjin as a municipality is heavily indebted, which may limit its ability to spend, it is nonetheless a large city with a large government with a pretty large budget, so if they do really want to prioritize space industry development, they will likely find the funds. Digressing, interesting to note the continued development of a space industry cluster in Tianjin, something to keep an eye on.
Two satellites, the Golden Bauhinia-5 and the Golden Bauhinia-3-01 are for the Golden Bauhinia constellation of HKATG. For a short review of HKATG: the company formerly known as the Hong Kong Aerospace and Technology Group has, for a couple of years, been developing a business model that I have two totally separate minds about, namely a satellite constellation focused on the Greater Bay Area, or GBA, the megalopolis that encompases, among other big cities, Shenzhen, Guangzhou, Hong Kong, and Dongguan.

Ultimately, having initially written off HKATG a couple of years ago as completely impractical due to argument 1, I have to say that they have since exceeded my expectations, having launched several satellites and managed to go public on the Hong Kong stock exchange. Still a long way to go until they reach any level of commercial viability, but they’ve made it further than I would have thought. Now to dig into the satellites launched this week for HKATG.

Interestingly, the two satellites were manufactured by two different manufacturers: Zero Gravity Labs and Zhongke Xingrui (中科星睿). According to an official press release from HKATG, the two satellites are both optical remote sensing satellites, of which Golden Bauhinia-5 is equipped with an “Industrial-grade optical camera”, and perhaps more surprisingly, a “micro-propulsion system for on-orbit verification of low-cost, commercial-off-the-shelf (COTS) high-function density satellite platforms”. The satellites mark the 4th and 5th launched by HKATG this year, which according to the press release, provides a “first phase technical exploration and testing function” for the project.

The last point is perhaps most notable, with HKATG mentioning that they “may explore into optical and SAR remote sensing satellite constellation systems”, with this but the latest Chinese commercial company to announce a potential venture into SAR. We continue to see HKATG as early-phase with a business that is not well-defined beyond “connectivity in the Greater Bay Area, one of the world’s most connected regions”,, but having successfully debuted on the Hong Kong Stock Exchange via a local SPAC, and having now launched 5 satellites within a year, their credibility is increasing by the day.

Last point on the launch, we heard from Satellite Herd (recently renamed Emposat) that the company provided TT&C services for 4 satellites on the launch (namely the Tianjin-1 satellite, both Golden Bauhinia satellites, and the Lize-1), with the company having also surpassed the 100x paying satellites threshold.

Fun News of the Week

Shunwei Capital, the Venture Capital firm of Lei Jun, CEO of Xiaomi, held its 10th anniversary party this week. For Chinese companies, company parties can be multi-hour events with a lot of different phases, including but not limited to variety shows, lucky draws, speeches from company executives, employee awards, and so on.

This year at the Shunwei 10th Anniversary Party, the prizes included products and various memorabilia from different companies that Shunwei invested into, including….a Galaxy Space satellite, and what looked to be some iSpace swag (no sign of a rocket!) No word on which lucky Shunwei employee won the satellite!

This has been another episode of the Dongfang Hour China Space News Roundup, we look forward to seeing you next time! Until then, don’t forget to follow us on YouTube, Twitter, or LinkedIn, or your local podcast source.