No longer New… but „all about Fast Space now“, Euroconsult says

Paris, 7 December 2021. – Euroconsult expects 17,000 satellites to be launched in the next ten years, the space consulting firm said.

The fourfold increase over the past decade reflects structural changes in the whole space ecosystem and a limited short-term impact of the pandemic, Euroconsult`s “Satellites to be Built & Launched” report 2021 concludes.

Euroconsult assessed about 170 constellation projects, of which 110 are from commercial companies. While OneWeb, Starlink, Gwo Wang, Kuiper and Lightspeed will represent 58% of the 17,000 satellites to be launched, they will account for only 10% of the satellite manufacturing and launch revenues of the space industry, it says. The report explains this difference with the economies of scale in satellite manufacturing and a strong decrease in launch prices.

“The satellite sector no longer revolves around the axis of New Space entrants challenging established legacy players. Instead, it has now shifted towards speed, and the ability to rapidly provide commercial services from satellite constellations, be it for broadband and/or narrowband communications (e.g. IOT) or for global and real-time observation of the Earth,” said Maxime Puteaux, Principal Advisor at Euroconsult and Editor of the report. “New Space is no longer the driving force in the industry. It’s all about Fast Space now.” 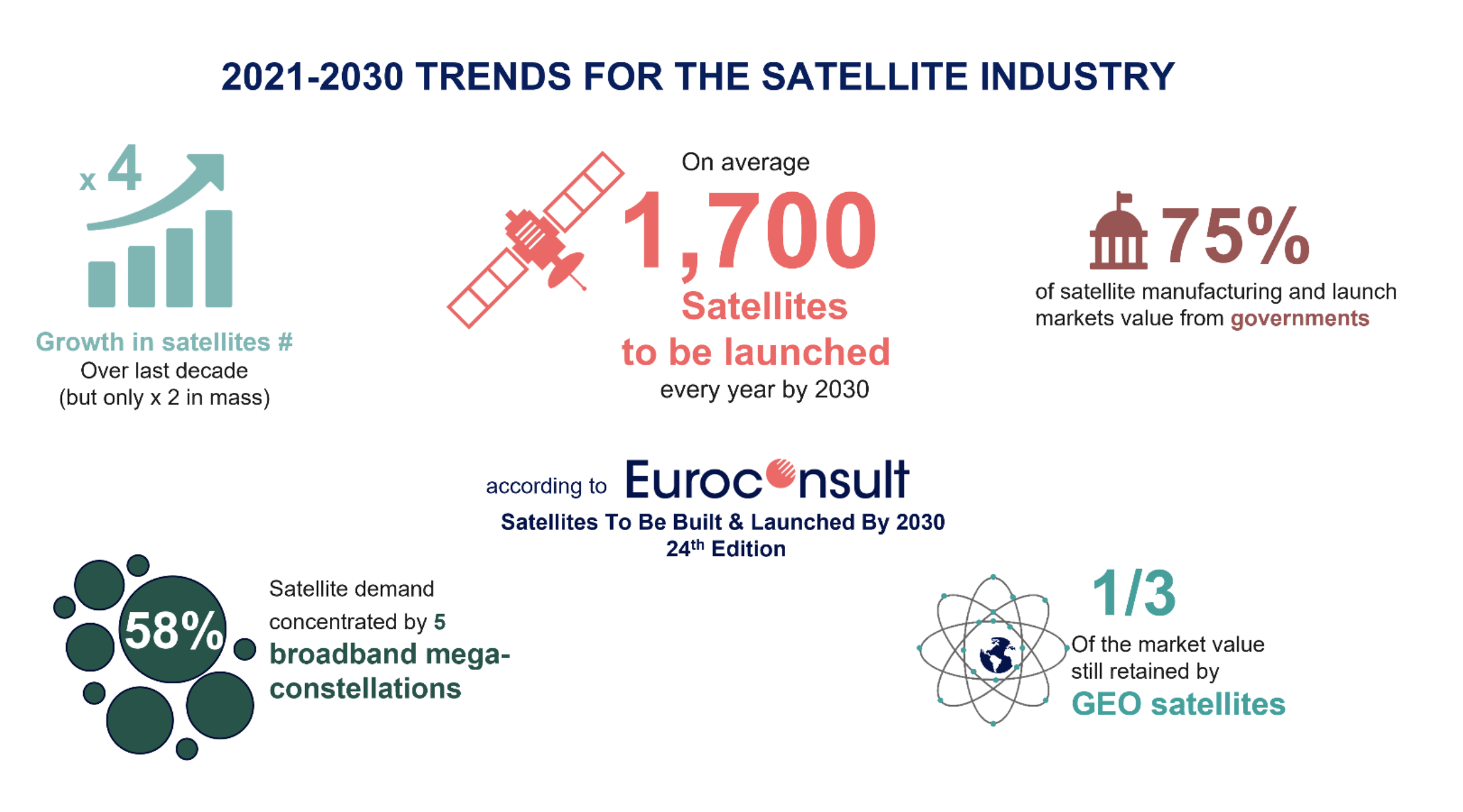