Viasat to step up and buy Inmarsat for $7.3 billion 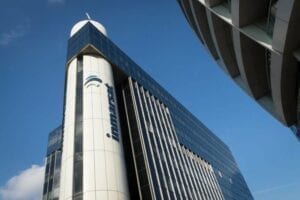 Paris/ Carlsbad, California/ London, 8 November 2021. – Viasat wants to buy Inmarsat from private investors for $7.3 billion, the satellite operator announced. The takeover would create the largest satellite operator in the world, with a combined annual revenue of probably close to $4 billion.

Viasat said it will acquire Inmarsat in a transaction valued at $7.3 billion, comprised of $850.0 million in cash, approximately 46.36 million shares of Viasat common stock valued at $3.1 billion, based on the closing price on 5 November 2021, and the assumption of $3.4 billion of net debt.

The combined company intends to integrate the spectrum, satellite and terrestrial assets of both companies into a “global high-capacity hybrid space and terrestrial network, capable of delivering superior services in fast-growing commercial and government sectors”, Viasat said.

The combined company will be able to offer “a broad portfolio of spectrum licenses across the Ka-, L- and S-bands and a fleet of 19 satellites in service with an additional 10 spacecraft under construction and planned for launch within the next three years”, Viasat said.

Viasat reported revenues of $2.3 billion for its fiscal year 2021.

Inmarsat´s last reported revenues – before it was acquired by a consortium consisting of Apax Partners, Warburg Pincus, the CPP Investment Board and the Ontario Teachers´ Pension Plan in December 2019 – was $1,46 million for 2018.

#SpaceWatchGL on the road: Satellite Innovation – 2021 Silicon Valley: Reporting from the Frontier