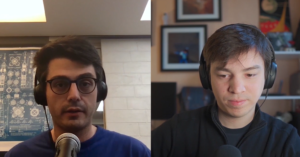 As part of the partnership between SpaceWatch.Global and Orbital Gateway Consulting we have been granted permission to publish selected articles and texts. We are pleased to present “Dongfang Hour China Aerospace News Roundup 26 April – 2 May 2021”.

Jean’s Take
On April 29 2021, China successfully sent the first module of the Chinese Space Station into orbit. The module was a 22.5 ton core module called Tianhe (天和, or “heavenly peace”). It was launched aboard a Long March 5B, a variant of the Long March 5 that doesn’t have a second stage and has an extended payload fairing. This is necessary for the Tianhe module as it is quite huge: over 16m long, 22.5 t, nearly the limit payload capacity of the LM5. It is a beast of a rocket, able to put 23 tons in LEO, which puts it in the same category as a Delta 4 Heavy, an Ariane 5, or a Falcon 9.. Long March 5 is one of China’s new generation rockets, and launched from the Wenchang launch site, China’s coastal launch site in the southern island of Hainan, used for Long March 5, 7 and 8 launches.

Tianhe is rightfully named the core module: it will be the centerpiece of the station which will host living quarters for the taikonauts, a bathroom, a kitchen, it will also be the main control unit (attitude, trajectory control), handles the fuel, power and air management systems. It is designed to host 3 taikonauts and can hold up to 6 taikonauts during rotations (with an additional Shenzhou spacecraft docked). It is composed of two cylindrical parts and one spherical node at the end, which notably hosts 4 of the docking ports. The Tianhe module will be joined next year by the Mengtian and Wentian experimental modules, which will connect to the docking ports.

In 2024, the Chinese space station will be joined by a space telescope called Xuntian, which will not be physically connected to the station but will evolve in the vicinity, and docking only for maintenance purposes. This telescope will be an impressive beast: 2m of aperture, an angular resolution of 0.15 arcseconds (slightly lower res than the Hubble telescope) but perhaps most impressively, a field of view of 1.1° x 1.1°.

All in all, it will represent 11 missions: 3 module deployment missions, 4 crewed, and 4 cargo. Also, last fun fact: these missions launch on different rockets: 5B for the modules, 7 for the cargo, and 2F for the crewed missions.

Big congratulations to the Chinese Space Program, and everyone involved with the LM-5B/Tianhe missions. Just a few small points to add to Jean’s very comprehensive technical summary: once again, we saw this major space event becoming a major pop culture event too. In recent years, LM-5 launches in Hainan have attracted beachgoers, with some pretty epic photos coming out of it. This time, we saw the Xi’an Symphony Orchestra playing on the beach with the LM-5B launch taking place in the background, and with a bunch of attendees (of the concert and the rocket launch) sitting in front of the orchestra watching the launch take place. I would say this is but the latest example of a clear government push towards popularizing space, or at a minimum, popularizing the major accomplishments of the Chinese space program. This is part of a broader trend, in my opinion, of China’s Central Government becoming aware of the potential of space, not only for economic development but for soft power, the inspiration of people, etc. That being said, this week there was another such example of the Central Government seemingly recognizing the potential of space, but this time, for connecting the masses.

Major news update on Thursday 29 April which first came in the form of a press release from the State-Owned Assets Supervision and Administration Commission (SASAC), a very powerful Central Government body that oversees and in some cases administers state-owned enterprises. The press release announced the creation of a China Satellite Networks Group Company (中国卫星网络集团有限公司), potentially SatNet for short, and puts that company under the direct administration of SASAC. SatNet is tasked with deploying and operating China’s LEO broadband constellation, widely speculated to be GuoWang. Quite a lot to unpack from this piece of news:

The creation of a SatNet company at this level of the SOE hierarchy is hugely significant. SatNet is, at least in theory, at the same level in the hierarchy as CASC, CASIC, and the big 3 telcos (all of which are also directly controlled by SASAC). If we compare this to the previous arrangement, you had China’s biggest broadband project being done by CASC (Hongyan), and another by CASIC (Hongyun), with both projects involving subsidiary companies with multiple shareholders (for example, Hongyan’s operating company, MacroNet, has shareholders including CASC, China Telecom, and CETC). This would have meant, presumably, that projects like Hongyan would have mostly used the technology of CASC, Hongyun would have used technology for CASIC, and the innovation and competition would have occurred in the long-term after we find out how these constellations work.

On the other hand, the current situation with SatNet being at the same level as CASC, CASIC, the telcos, etc., means that it should, at least in theory, have a lot more freedom of choice in its sourcing options. Want to launch a bunch of your satellites on some of the Kuaizhou rockets that Expace is building? If you’re a CASC subsidiary, that could be tricky since Kuaizhou is CASIC. But if you’re a company at the level of SatNet, you can pick and choose the best options at the sourcing level–that is, the best satellite technology, the best launch technology, etc.

The creation of SatNet, and to a certain extent its location in Xiong’an, also allows the state to have a lot of centralized control over China’s LEO broadband mega constellation. Previously, Hongyan would have been a project controlled largely by a company that is itself under SASAC (i.e. CASC), in which case SASAC has a sort of “second-order of influence”. By having a company that is directly under SASAC, and in a place like Xiong’an–a new city near Beijing where lots of “non-core” governmental functions are being moved–it should allow for a pretty direct line of control from Central Government to SatNet. A few other points on Xiong’an–fascinating area to look into. Technically a New District of Baoding City, Xiong’an is geographically around 100km South of Beijing, and around 100km Northwest of Tianjin (labelled as the “1” on the above map). Until a few years ago, it was a bunch of farmland, but then the Central Government announced plans to move many government functions there, which caused property prices in Xiong’an to skyrocket. Anyway, back to SatNet– 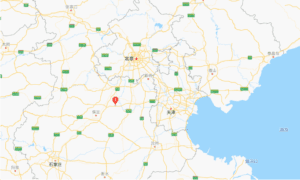 Final point–the signing agreement between SatNet and Xiong’an was presided over by Han Zheng, a Politburo Standing Committee Member, Deputy Party Secretary of the State Council, and First Vice Premier of the PRC. This was apparently part of a day trip by Han Zheng from Beijing to Xiong’an, during which time he conducted some standard visits (schools, etc.), and presided over a meeting of the Beijing-Tianjin-Hebei Coordinated Development Leading Group, a group dedicated to promoting regional economic integration in the Jing-Jin-Ji area of Beijing, Tianjin, and Hebei. Han noted that SatNet would be the first Central Enterprise registered in Xiong’an.

And a few things now that are worth thinking about:

Those are all excellent questions. I would also wonder:

4) what will the timeline of the roll-out of China’s LEO broadband constellation look like (I’d speculate that it’s likely to come very soon, with the New Infrastructures policy encompassing satellite internet, the calls for the deployment of satellite internet during the two sessions, and just the pressure coming from Starlink’s rapid deployment).

5) Who will be the end-users of China’s LEO broadband constellation? Starlink, while serving multiple market segments, seems to have consumer broadband as one of the main targets. This will be a bit trickier for China due to the good existing broadband infrastructure on the ground, but also the higher price sensitiveness of communities living in rural areas deprived of broadband. The situation may be better in Belt and Road countries with poor broadband infrastructure, but the point of price sensitiveness remains.

3) Long March 6 launches a Batch of 9 Smallsats into Orbit, many payloads of interest

On April 27th, China launched an impressive launch share mission on-board a Long March 6: 9 satellites were sent into space, most coming from completely different customers and for different purposes.

Last thing worth mentioning: the Yunyao Yuhang GNSS occultation payload on-board the Hangsheng-1 satellite. This is a rather neat technique of gathering information on the Earth’s atmosphere. The satellite, in LEO, is able to receive signals from GNSS satellites that are in higher orbit (MEO), but the refraction phenomenon due to propagation through the atmosphere bends the radio waves. The “amount of bending” can provide information on the atmosphere.

What a launch and this is now seemingly something we’re seeing a few times per year, with this launch being similar to a Long March-6 occurring in November last year, which included 13 satellites for a variety of customers (and which we covered on DFHour Episode 7). Definitely, SAR is a hot topic in China these days, with Commsat also getting more into SAR recently, and Beijing Smart Satellite also pushing more into SAR. I suspect this might be partially due to the massive amount of optical satellites that have been launched via CHEOS and CGSTL’s Jilin-01, and also because we have discussed before, EO is seen as being more open to commercial players than other areas of satellite operation (comms).

Interesting to see a satellite being launched by a company in Foshan–another example of a trending topic of the emergence of Guangdong’s space sector. Foshan is a pretty wealthy and developed city near Guangzhou that is home to major manufacturers such as Midea and Galanz, among others. Jihua Laboratories seems to be located in an industrial park about halfway between the municipal government of Foshan and the Provincial Government of Guangdong (a leisurely 13km trip to each). It will be interesting to see how the Guangdong space sector continues to develop, there are a lot of wealthy, specialized companies in the province that could potentially have some usage for space applications.

Finally, this is yet another example of an SOE (in this case SAST) benefiting from an increasing number of commercial companies. SAST provided the Long March-6 for this launch, and with much of the payload being commercial companies, it represents decent business for SAST.