#SpaceWatchGL Opinion: What Space Traffic Management measures must be internationally implemented to improve the safety and sustainability of outer space? 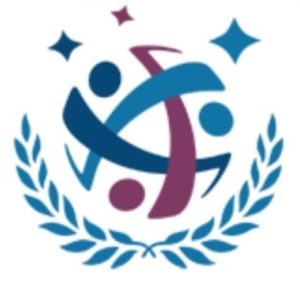 The Spectrums of Space Traffic Management

Space Traffic Management (STM) is inherently an intergovernmental and interdisciplinary field. Precisely for these characteristics, there is no single agreed-upon definition of STM. STM, in essence, is a multidimensional field with at least three spectrums: In terms of (1) activities, STM can range from passive observation and alert/warning issuances that border on Space Situational Awareness (SSA) to active (re)direction of space entities that touch on Active Debris Removal (ADR) and de-orbiting schemes. In terms of (2) objects, it covers orbital debris to satellites to orbit-transitional objects – all of which vary in size and numbers. In terms of (3) management, it varies from regulatory government-enforced systems to market-self-driven solutions. Trying to cover all spectrums of STM, or define an area thereof, is both unfeasible and pointless. Instead, this essay applies the Complex Adaptive Systems of Systems (CASoS) concept to the STM problem in attempting the ultimate goal of promoting safe and sustainable management of pan-orbital space.

The Current Environment of STM

Two trends compound STM efforts: (1) the militarization of space and (2) the growth of NewSpace actors. STM in any capacity relies on a vast SSA database and reliable orbit/trajectory planning and simulation. The above two trends introduce an opaqueness of space objects. Military space assets generally do not announce their payload type and mission purpose and often have active maneuver capabilities, including re-entry functions like the U.S. Space Force’s Orbital Test Vehicle (USSF, 2020). An ever-increasing NewSpace market is introducing variations of trans-orbit maneuvers, private space stations, smaller orbital packages such as CubeSats, and dynamically adjusted Large Low-Earth Orbit (LEO) Constellations (LLC) like SpaceX’s Starlink (Muelhaupt et al., 2019). These defy categorizations into traditional SSA databases and are more difficult to track and predict long-term.

Both trends also present game theory scenarios in which there are (1) zero-sum situations or (2) scenarios without desirable Nash equilibria. In a military space race, the benefits of an additional space asset in-orbit or the destruction of an opponent’s asset through anti-satellite weaponry (ASAT) (Lal et al., 2018) may outweigh the potential harm of increased space traffic or the creation of a debris field, leading to zero-sum or iterative negative-sum processes. For emerging space actors, the payoffs and risks of orbital entry are both high, while for legacy space actors, both payoffs and risks are relatively low. The two nash equilibrium scenarios are (2-A) increased space participation by both types of actors, leading to an exponential increase of space traffic, or (2-B) the deterrence of activity by both actors, for which neither party achieves scientific/investment-return advancements. Neither scenarios are desirable for space to be a platform of growth for all nations.

A variety of solutions for STM problems have been proposed throughout the last decade. These can be loosely categorized into the following: (1) Development of more rigorous information/software infrastructure (data); (2) Advocation of more sustainable space assets and deployment mechanisms (hardware); (3) In-orbit coordination and dispute mediation processes (legal). It is important to recognize that, as in any CAS environment, these solutions are not mutually exclusive. Instead, they are inter-dependent, such as making a satellite more trackable (hardware) assists its tracking and trajectory prediction (data).

It is most noteworthy that both the public and private sectors can implement the above solutions. For (1) data, the tracking and cataloging of satellites, traditionally conducted by the US Space Surveillance Network (SSN), is increasingly conducted by

transnational groups of multispectral antennae networks and ground stations, many of which are privately owned or operated. The frontier technologies of trajectory simulations are developed by companies such as COMSPOC (previously subsidiary of AGI) that has the flexibility to experiment with cloud-based systems and the accessibility towards commercial sensor networks (Werner, 2020).

For (2) hardware, governments can provide an active incentive/indemnification structure to create a market environment that favors more sustainable hardware. The Federal Communications Commission(FCC)’s approval of SpaceX Starlink constellation on the conditions of a lower orbiting altitude to mitigate space debris risk is an example of government incentivization (Clark, 2019). FCC’s 2018 fining of Swarm Technologies’ SpaceBEE constellation for inadequate tracking mechanisms onboard (Coldewey, 2018) is an example of using sticks to achieve the same goals.

For (3) legal, streamlining approval and review processes for private spaceflight companies ensure better standardization of orbital sustainability, opening up the market for less-experienced actors to adopt sustainability measures. The creation of a “one-stop shop” for these purposes under the U.S. Department of Commerce by Space Policy Directive 2 and 3 (SPD-2/3), intends this (Harrison & Johnson, 2018a, 2018b). Filling the gap of multinational litigation and compensation procedures, insurers are creating new insurance packages for in-orbit accidents (Chrystal et al., 2011).

STM as a CASoS

Due to the interaction of these different agents and forces, the STM problem is one of the Complex Adaptive Systems of Systems (CASoS). Due to CASoS’ layers of complexity, it is difficult to identify one solution; and a solution for one area may be ineffective at a larger scale as the environment “adapts” to the measure(s) taken. (Glass et al., 2011)

As such, a solution for CASoS cannot be static – it needs to be dynamic and adaptive like the problem itself. The needs of STM differs from state to state, and from private service providers to payload manufacturers to regulators. A safe and sustainable orbital future cannot be achieved if we systematically deter emerging nations from participating.

A global coalition of government offices that manage STM can become a network of standard operating procedures and best practices. Increased communication can de-escalate military tensions and support academic and private initiatives to bridge the technology/policy gap between nations. While no one nation can decree an international

STM guideline, the coalition can promote domestic markets to follow global standards, and adopt regulations that fit domestic needs. Initiation of such forums at global venues such as the International Astronautical Congress (IAC) by key stakeholders can send a message that all parties are welcome to pursue a clear, sustainable use of space for the generations to come.

is an international business developer and space policy consultant currently based out of South Korea. He serves as the Asia-Pacific Regional Partnerships Manager for SGAC, connecting governments, companies, and academia across the region for the common goal of youth development for space exploration. He also serves in the Conrad Foundation as an Alumni Leadership Council member, and his past positions include the World Federation of United Nations Associations, World Space Week Association, the National Space Society, and Softbank Ventures. He has been spotted hiking up the Himalayas and on expeditions in the Arctic Circle. Antonio loves to connect to genuine souls, share adventures, and go scuba diving. You can find Antonio on Instagram @antoniofstark.