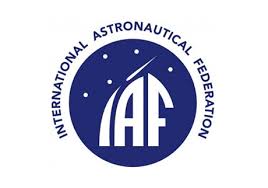 Luxembourg, 18 October 2020. – Astroscale’s founder and CEO Nobu Okada was elected Vice President of the International Astronautical Federation (IAF).
Okada intends to contribute to the IAF as a representative of Japan and the Asian region, as an advocate for orbital sustainability and a voice for the emerging new space sector, the announcement said.
Over 400 IAF member organizations from 71 countries, including all leading space agencies, companies and institutions were represented at the IAF General Assembly Plenary Meeting held on October 15, where Okada was elected alongside other Vice Presidents from a number of spacefaring countries including the United States, Germany and China, Astroscale said.
“Okada has emerged as a leading voice in the global space community, representing various constituencies, including the international venture sector, Asia’s space industry and those in support of sustainable growth in space. In addition, Okada is a highly trusted member of various international organizations, including co-chair of the World Economic Forum’s Global Future Council on Space, where he played a key role in developing the concept of a Space Sustainability Rating, a system designed to ensure long-term sustainability by encouraging responsible behavior among countries and companies participating and operating in space.”
Share
Previous #SpaceWatchGL Column: ESPI Brief 44 – U.S SPD-5: towards a better coordinated approach on space cybersecurity
Next #SpaceWatchGL Column: Dongfang China Aerospace News Roundup 12-18 Oct 2020