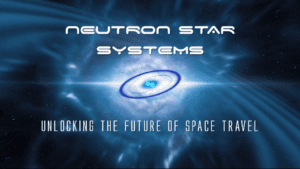 The funding program provides key support for the European EP community to improve technology and find solutions to the most critical issues facing the industry, such as the use of alternative propellants, higher-efficiency operations, wider operational ranges, and greater scalability. Overcoming these obstacles will contribute to an overall improvement in space industry performance and enable ambitious new missions.

As the Horizon Europe roadmap was negotiated, several review meetings and iterations were held in consultation with the European EP community. Thanks to the efforts of SME4SPACE and EUROSPACE, a platform was provided which allowed for constructive discussion and debate to take place, leading to a harmonisation of the needs and wishes of European stakeholders.

A proposed roadmap was presented with a balanced distribution of resources, which would:

On the surface, it may seem that the creation of this roadmap was carried out democratically, considering the best interests of all stakeholders. The reality is that when this roadmap was presented to the EPIC consortium, their action was to significantly redistribute this plan.

Chief Technology Officer of Neutron Star Systems, Marcus Collier-Wright explains: “Such a decision is clearly motivated by national and political interests to defend and support existing technologies and programs regardless of their need for further support, and in fact stands in direct opposition to the relative concurrence that was reached during the Horizon Europe roadmap consultation process.

Consequently, the EPIC consortium’s funding allocation invariably works more in favor of the existing, established legacy of space companies and to the detriment of ‘New Space’ start-ups seeking to develop disruptive technologies in the pursuit of space innovation. In doing so, the EPIC consortium is forfeiting the development of more promising and capable technologies. Moreover, if countries such as China and Russia continue to fund and develop disruptive lines, Europe will be left with outdated technologies that are both unsuitable and inferior in the global context.”

CEO of NSS, Manuel La Rosa Betancourt adds: “One can take NASA’s Lunar Gateway and ESA Mars Sample Return, two high-power space missions set to launch in the next five years, as clear indicators of the arrival of a global race for colonization of the Moon and Mars. Europe will be unprepared for these challenges as the current funding distribution limits the opportunities to develop technologies that are more suitable for such missions. The relatively high availability of funding in the U.S. for space tech start-ups as well as a vital and pulsating private investment landscape, further consolidates a market direction that Europe so far seems oblivious to.”

Notwithstanding Europe’s unfortunate trajectory, the merits and successes of existing European programs and technologies should be recognized. The Hall Effect Thruster program in France has produced flight-qualified thrusters, which have been implemented in commercial applications. However, while this program has rightly warranted such significant investment in the past, the rationale behind continued investment in a mature technology which is fundamentally limited, and where only minor incremental improvements can now be made must be questioned.

On the other side of the funding coin is the German High-Efficiency Multistage Plasma Thruster program, which has not been able to overcome the core limitations of existing technologies and has taken over fifteen years to develop. Yet despite the obvious shortcomings of this program, it has attracted considerable investment, serving as a poignant reminder that funding allocation is not always free of risk.

Can we still ensure European leadership in space?

The decisions of the EPIC consortium come at a time when the overall space budget for the European Union has been reduced to 13.2 billion EUR, compared to 16 billion EUR sought after between 2018-2019. Such circumstances demand a critical and objective assessment of the current practices and approaches to distributing public funding for European space programs. A key objective of the Horizon Europe program is to ensure non-dependency and leadership in enabling technologies, and this calls for careful consideration of how Europe backs key technologies such as electric propulsion.

Yet this goal will only be achieved if European agencies are willing to consider what is best for Europe as a whole, rather than what is best for the individual countries. The question must be raised whether this direction should be set solely by a few select agencies, or whether a more democratic and industrially influenced process would be more beneficial for Europe.

Manuel La Rosa Betancourt – entrepreneur and material science engineer, with a Master’s degree in business innovation from EBS Universität, Germany, and over 15 years’ experience in the chemical industry. In 2009, he founded Pi Integral Solutions Ltd, an innovation consultancy firm in the aerospace sector focused on plasma technologies, superconductors, and materials, and co-founded NeutronStar Systems (NSS) in 2019 with the core focus to commercialise superconductor technology for space applications. 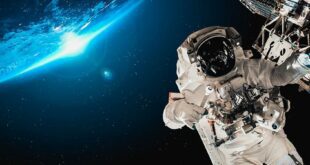 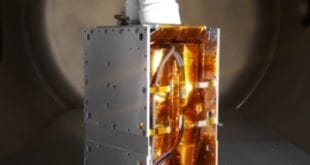