#SpaceWatchGL Perspective: SpaceWars: “Those aren’t the droids you’re looking for”

The only way to achieve transparency between actors in space is through the development of a civil-space situational awareness (SSA) and space-traffic management (STM) entity that can monitor, assess, and make evidence widely accessible to all. The first Space Security Exchange (SSE) bi-lateral meeting between the U.S. and  Russia in 14 years was held on July 27, in Vienna. The two superpowers didn’t see the need for one previously, but tensions and general activity in space has been heating up in recent years.

In recent years space-related news has seen a marked rise in the same kinds of reports and claims about worrisome behavior, usually from the U.S. Department of Defense.  We all know about the boy who cried wolf. But that kid was just looking for attention. Numerous commentators worldwide believe that the U.S. has no such evidence of Russian troublemaking, and is simply making another attempt to justify the so-called “militarization of space.”

It would help if the evidence on which the U.S. is basing its claim were available to anyone else. Evidence is strongest when it can be independently corroborated, and weakest when someone says it exists but won’t show it to you.  Unfortunately, the U.S. is asking the world to take it at its word. This is worryingly similar to the kind of “evidence” U.S. terrestrial authorities have been citing more and more frequently to substantiate various claims about other nations closer to home.

To be fair, USSPACECOM is a defense-related entity and by definition cannot openly disclose all its sources and methods of its evidence. The current Space Situational Awareness (SSA) services that USSPACECOM provides to the global community far exceed what anyone else on the planet is doing, and yet has an obvious lack of transparency built into it.

Events such as alleged ASAT tests, “sneaking up” to satellites belonging to others, and other actions of this nature are exactly the sorts of events that a civil space situational awareness (SSA) and space traffic management (STM) entity could monitor and assess. It could then make the evidence widely accessible and transparent. We tend to lose credibility when we make claims that others cannot substantiate. There can be no true trust without the ability to verify. For example, Space Policy Directive  #3 (SPD3) came out two years ago already, and Congress has yet to make it into space law.

Commercial space activities are far outpacing current space policies and regulations. We’re putting satellites into orbit more rapidly than our ability to understand how the orbital “carrying” capacity is being impacted. Much like countries are taking measures to “flatten the curve” with the COVID-19 pandemic, we should be regulating space launches and activities to “flatten the curve” regarding the growth of the anthropogenic (human-made/derived) space object population.

The consequences of our space actions are yet to be understood, including those unintended resulting from this increased space activity. A search for predicted collisions finds no shortage of news articles highlighting these. These near-misses are only going to increase in frequency, and there are already many.

We must be able to tell the difference between threats and hazards. A hazard is a space event or activity that has the  (a) opportunity and (b) capability to cause the loss, disruption, or degradation to the activities or services of another entity. If additional to these two factors, there is (c) intent, then this constitutes a threat.

Inferring intent is a non-trivial process since we have no sensors that measure it. It can’t be left to a “he said…she said” argument. We must strive to have more than military responses to threats, we must also have diplomatic responses and these can only be underwritten by independently verifiable evidence on the basis of Transparency and Confidence Building Measures (TCBMs).

When a global community can confirm or refute an alleged event, it only strengthens the decisions we can holistically make as a consequence. In order to achieve space safety, security, and sustainability we must demonstrably and verifiably make space more (a) transparent (b) predictable, and (c) develop a verifiable body of evidence to aid in decision-making and hold entities accountable for their behaviors!

The Office of Space Commerce is eager to “move out” on civil SSA/STM needs and to provide globally accessible and transparent services through its open architecture data repository. Goal number one of SPD3 is the dedicated investment in the science and technology research to underwrite these meaningful SSA/STM capabilities.

Article 6 of the Outer Space Treaty states that governments are required to provide “continuing supervision” of all space activities of non-government actors. This has yet to be achieved but could be if SPD3 was adequately resourced and implemented. Until then, we’ll steadily and increasingly be fed tales of “saber rattling” and piracy on orbit.

Dr. Moriba Jah is an associate professor of Aerospace Engineering and Engineering Mechanics at The University of Texas at Austin, where he also leads the Space Security and Safety program at the Strauss Center for International Security and Law. #PublicVoices

John Holden is Communications Strategist at the Oden Institute for Computational Engineering and Sciences & Texas Advanced Computing Center (TACC) at UT Austin. He is also a freelance writer with various national and international publications including The Irish Times, TechCrunch and Politico. 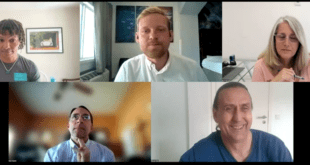 Space Café “Moriba’s Vox Populi 11” on Who gets the orbital right of way? 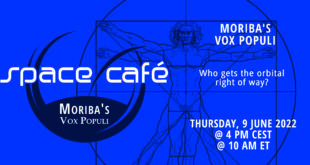 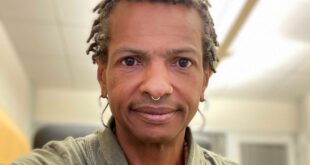