ESA astronaut Thomas Pesquet has officially been assigned to the second operational flight of SpaceX’s Crew Dragon spacecraft, launching in spring 2021 from Cape Canaveral, USA, to the International Space Station.  Thomas’ second mission to the International Space Station will be called Alpha. This is after Alpha Centauri, the closest stellar system to Earth, following the French tradition to name space missions after stars or constellations.

“I am thrilled to be the first European to fly on the new generation of US crewed spacecraft,” says Thomas. “It will be extra interesting for me to compare with my first flight as a Soyuz pilot, and to bring this experience to the team. The Dragon spacecraft is a modern machine with amazing new capabilities. On the other hand, the Soyuz has an unbelievable track record which enabled us to reach the International Space Station for many years. It is a privilege to fly on both.”

“With Thomas being the first European astronaut to fly to the International Space Station on a Crew Dragon vehicle, this shows that even when using a commercial spacecraft built in the US, the international character of human spaceflight is still given. The close collaboration among the Space Station partners NASA, JAXA, CSA, Roscosmos and ESA was strong in the past and remains very strong today and will do so in the future,” says ESA Director General Jan Wörner.

“These new assignments are thanks to the strong commitment to the European exploration programme made by ministers at Space19+ in Seville,” adds David Parker, ESA’s Director of Human and Robotic Exploration. “With a 30% increase in annual investment we intend that all current members of the European Astronaut Corps will make a second Space Station mission in due course.”

The name was chosen from over 27 000 entries submitted to an ESA competition, in which Alpha was suggested 47 times. The first to submit this name was Christelle de Larrard from Mios, Gironde, France.

“There were many reasons to choose Alpha as a mission name,” says Thomas. “It connects to my first mission, Proxima, as the stars belong to the same system close to Earth, and therefore convey the same idea of proximity (such as space research for people on Earth) and an idea of continuation in my work. Alpha, a Greek letter, is also widely used in mathematics, science and technology. And, as the first letter of the alphabet, it is often synonymous with the excellence we try to achieve in space exploration.”

Alpha was also the original denomination of the International Space Station, and is still used today as its radio call sign. The word is pronounced the same in almost every language, for a simple yet meaningful mission name.

“Congratulations Christelle and the 46 others!” concludes Thomas.

The Alpha patch was designed by ESA’s graphic artists, and features a rocket launch – the most dramatic moment of every space mission. Around the patch are 17 coloured slots representing the United Nations Sustainable Development Goals.

At the top, the International Space Station is stylised in the colours of the French flag. Ten stars sparkle in the background, evoking the Centaurus constellation, and the number of French citizens who have flown to space.

Thomas has already started training for his new spacecraft in the simulator, and for his six-month stay on the International Space Station, refreshing skills to ensure the best is made from his time in space. During his last mission, Proxima, he took part in more than 60 European experiments, more than 200 overall, and set a record for the number of hours spent on science in a week.

The crew of Expedition 50/51 still found the time to make six spacewalks, launch 36 nanosatellites, perform a handful of robotic operations, and, in their free time, take thousands of breathtaking pictures of Earth.

The next mission promises to be even more action-packed as the crew increases from six to seven members on average – because the US crew capsules can now fly four astronauts into space, one more than a Soyuz – and major upgrades to Europe’s laboratory that will give quicker access to microgravity experiments for researchers on Earth.

ESA also was able to acquire an additional mission to the International Space Station in 2021 for the first flight of ESA astronaut Matthias Maurer. Details of that mission are yet to be established, but for now Matthias is training as the backup for Thomas.

“The International Space Station is celebrating 20 years of human presence in space later this year, but even after two decades of continuous human presence in Earth orbit, spaceflight is no easy undertaking,” says Frank De Winne, Space Station Expedition 21 Commander and Head of the European Astronaut Centre in Cologne, Germany.

“This mission assignment is the first time a European will fly to the Space Station in the Crew Dragon, making it extra special, while ensuring research for the benefit of humankind continues at all times above our heads.”

The Alpha mission will be the first time a European astronaut is launched from the USA in almost a decade, after Roberto Vittori travelled in Space Shuttle Endeavourto the International Space Station to deliver the Alpha Magnetic Spectrometer AMS-02 in 2011. 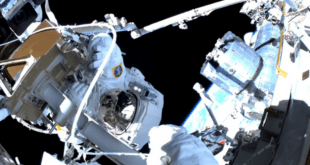 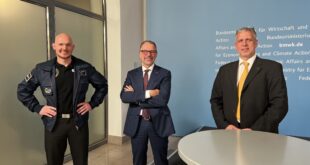 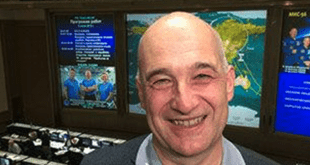