#SpaceWatchGL on the road: a Serbian ‘case’ for Cybersecurity in space

On the 23rd July 2020, the Serbian Case for Space Foundation organized its third webinar with Spacewatch.Global, to tackle an important topic often overlooked in the public perception of space industry: cybersecurity in outer space. SCS invited Andrej Petrovski, the Director of Tech at Share Foundation and Daniel Porras, the Director of Strategic Partnerships and Communications at the Secure World Foundation. Andrej gave an overview of cyber security to familiarize the audience with general terms used by cybersecurity professionals. His presentation started with a simple question: what constitutes cyber space?

To explain this phenomenon, Andrej asked the audience to imagine cyberspace as a physical infrastructure. In order to map out this space, you must trace the smallest units of data transmitted. That involves racing internet packets, locating data centers, and subsequently outlining the cyber infrastructure, Andrej explained.  He noted that when discussing cyber security, all of these data nodes are potential points of failure where safety of our data can be compromised.

Having a knowledge of this infrastructure also means having a knowledge of the companies involved in storing our data. Andrej emphasized that the security of data is endangered by several factors, including the sluggishness of state apparatus and the very low awareness among the general public about what cyber-attacks and cyber-defenses actually represent. Andrej insisted that solutions to these issues are strengthening with both state and non-state actors in form of education and policy building. 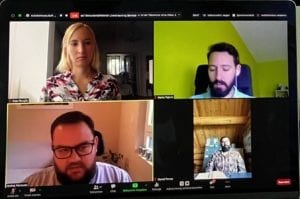 At the start of the second presentation, Daniel made it clear that he will focus on intentional action, and how direct interference with satellites can impact the safety of many intertwined systems that people depend on. Daniel explained that a satellite acts as a conduit in transfer of data and therefore is a potential point of vulnerability. Today, commercial satellites have military clients, and therefore in a geopolitical contest, different countries will develop capabilities to interfere with satellite systems. He spoke about various means of counter-space capabilities like ground to air missiles, spy drones and even space harpoons, but in the context of his presentation, Daniel highlighted cyber interference.

He added that cyber-attacks provide for asymmetric warfare because it is relatively cheap to organize and hard to locate where the attack came from. Also, cyber disruptors can target strategically-crucial points of interests, like satellite systems responsible for nuclear defense. It is especially dangerous if such attacks come from non-state actors.

Daniel also touched upon a “doomsday scenario”, where a GPS system becomes a target of a cyber interference, and the devastating consequences that could arise and impact the livelihood of millions of people. Daniel closed his presentation by giving an opinion on how international law should incorporate non-aggression agreements regarding satellite systems because of their enormous importance in the modern world.

Both guests inspired many interesting questions from the audience, and the hosts encouraged a dynamic exchange of opinions. One attendee inquired about encryption of satellite data. Andrej emphasized that every system is as secure as its weakest link, while Daniel raised a concern about how commercial satellites could become a legitimate military target depending on their utilization.

Another member of the audience asked about the normative framework of cyber and space security. Daniel said that international cooperation on this topic should revolve about the prohibition of satellite interference, but insisted on the need to define the term cyber-attack first. Andrej was sceptical about the long-term impact of legislation in the case of cyber technology, because of the speed at which this technology advances.

Andrej was also apprehensive about the concentration of power in the hands of single individuals, by owning strategically important systems and impacting the political landscape. Further discussion centered on anti-satellite weaponry. Daniel mentioned lasers as a means of blinding or even burning the satellite instruments. He also underlined how satellite interference is often used as a warning from one nation state to another, in a form of signalling.

The final question was submitted to both panelists on the security of different points of interest in a globalized world, and if they will have to be protected by state laws, bilateral agreements, or corporate contracts. Both guests agreed that the biggest focus should be on building trust among interested actors, rather than being stuck in a highly competitive mindset.

Marko Pajovic is a Co-founder and COO of Serbian Case for Space Foundation. He is a lawyer with several years of experience in project management and he is one of the creators and executive members of the project “Forest and Climate”. This project has won several domestic and international awards, most importantly it was selected as one of the five winning solutions in the category “Young Innovators” at the World Summit in 2020. Furthermore, Marko is the project lead for the “SpaceHub” activities, which focuses on commercial utilisation of Earth Observation data satellite data. Lastly, he has experience in human rights watch since he worked with a number of NGOs in Serbia on different projects regarding this issue. Lastly, Marco is the second SGAC’s National Point of Contact for Serbia. 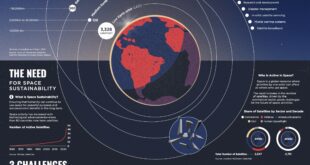 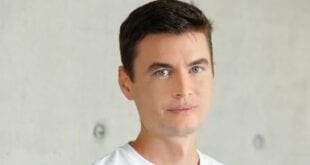