#SpaceWatchGL On The Road: What Are You Adding? #DLD20 And The Deep Dive About Space Debris 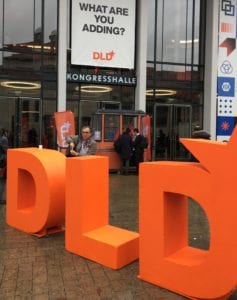 DLD20, the Digital-Life-Design Conference was held in Munich on 18-21 January 2020. More than 200 speakers and 1300 attendees touched base at #DLD20. For the 16th time, “Europe‘s hottest conference” brought together the most influential opinion-makers, industry leaders, start-ups, and digital giants. The conference theme was “What are you adding?”

Motivated by the team and the need for action in this particular field, I agreed to moderate a panel on space debris. It became “the” space panel of the event. I worte previously about the panel.

But when DLD2020 asked us to design and moderate a panel during the conference, we had no idea what the turnout could be.

To feed the audience’s hunger for more information, the organizer selected our topic for a 90-minute deep dive session the day after our panel. It resulted in a lively, detailed, interactive discussion about all topics related to space debris.

Here are some of highlights of the questions and answers from the session:

Is there cause for immediate alarm due to orbital debris? 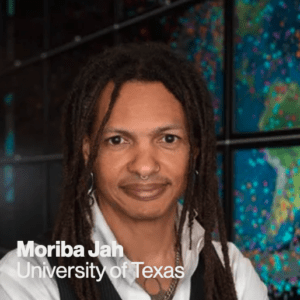 I can tell you that near-Earth space has very specific orbital highways where we put our satellites, depending on the purpose the satellite has. These orbital highways are becoming increasingly congested given that most resident space objects do not have decaying orbits.

In essence, imagine being on the ocean, running out of fuel and drifting, and then simply getting off the boat and getting onto another one. As you can see, shipping lanes would become more congested with potentially harmful defunct objects that could collide with working ships.

The carrying capacity for any given orbital highway depends on several things, but principally how many other objects share that highway and the uncertainty we have in predicting where each of these objects will be at some future time.

More objects in and of itself is not a worrying issue but more objects with an inability for us to know and predict their behavior in a shared finite resource, is of grave concern. This is why we invoke using the tenets (principles) of Traditional Ecological Knowledge (TEK) to move toward real and quantifiable space sustainability.

A few of these tenets of TEK include:

(1) Gather factual observations of the “ecosystem” (in our case, near earth space) and develop models,

(2) Develop a sustainable use of resources via management systems (this can be quantifying orbital carrying capacity, developing registries, sharing data and notifying the community of future activities, etc.), 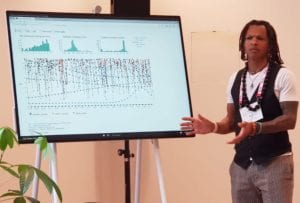 By applying these principles, we can maximize the long-term sustainability of the space domain for humanity’s benefit. We need improved science to understand the effects and impacts of the space environment on the behavior of these resident space objects. We ask for more data to be shared on what is on orbit and where will it be. This will allow us to develop a body of evidence of behaviors upon which one could settle disputes, develop evidence-based policies and regulations, etc.

We must also develop a scientifically based taxonomy for these human-made resident space objects and this taxonomy will better inform us of the birth and death processes for individual types of these objects and we can also get a bett4er understanding of the threat or hazard any one of these poses on the remainder of the population, for instance.

So, yes, we should be concerned that there is still so much left to do to actually quantify the magnitude of this environmental problem.

Astroscale will start remove debris that you created to demonstrate the technology. What can you clean if everything goes right with the demo?

How effective can it be? 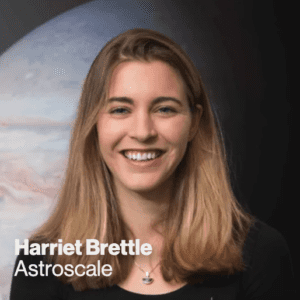 The second main business line, active debris removal, seeks to remove existing debris from orbit. Astroscale are pursuing missions with governments and space agencies to remove debris that is already up in orbit such as rocket upper stages.

Ultimately Astroscale is focusing on removing large pieces of debris since it is much more economical to go after larger debris than try to remove the same mass of debris in lots of little pieces. With regards to other services such as in-orbit servicing and recycling, whilst Astroscale is currently focused on debris removal, a lot of the technology capability for in-orbit-servicing is similar to what is required for debris removal (for example the close approach operations). 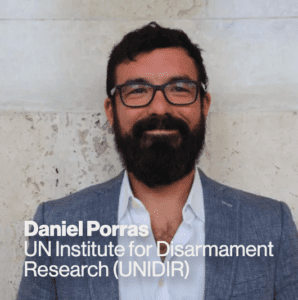 One of the terms we often use to discuss challenges in space is “congested”. This implies that space is too crowded and that the addition of more players will lead to instability in orbit. This isn’t exactly true. There is still a lot of space available for new players, but we must be more efficient in the way we use our limited orbital resources, just like we seek efficiency on roads and in air traffic.

These “rules of the road” can come as voluntary best practices, or they can be set in stone in the form of an official treaty. The important thing, though, is to make sure that these common rules can be applied by all without having the collateral effect of making access into space prohibitively expensive for new entrants.

New rules, like the UN Long-Term Sustainability Guidelines, should be sufficiently general so that they don’t stifle innovation, but specific enough to retain substantive value. For example, there can be rules on who has to move in a situation where two objects are on course for a collision.

Additionally, these rules of the road will have the added benefit of defining “normal” behavior. Over the last two years, there have been several accusations of “abnormal” and potentially “threatening” behavior. However, the notion of normalcy is, at present, highly subjective. Defining international norms of behavior would have the added benefit of establishing what is “normal” and what might be considered threatening on a more objective basis. This will, in turn, bring additional transparency to space activities, particularly in the cases of covert satellites, the nature of which is usually unknown. An example of such a rule could be mandatory “safety distances” which, even if they are not able to present all nefarious activities, could at least limit the potential for physical harm. Even this modest measure can strengthen security in space. 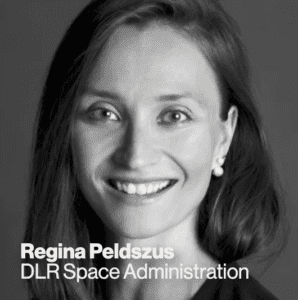 Space is physically not very far away: the majority of spacecraft are in low earth orbit, with the ISS for instance at around 400km – that’s closer than the train ride from our space agency in Bonn to our partners in Paris. Especially those satellites and constellations that provide navigation, earth observation or communications services are considered critical infrastructure. Our work essentially revolves around ensuring their resilience.

In order to prevent spacecraft from colliding with one another, with defunct satellites or debris, we use radars and other sensors to understand and predict where all these objects are. In fusing this data with other information, you can build up a catalogue and overall picture of the situation in space – Space Situational Awareness (SSA). In Europe, we collaborate on a unique multilateral capability for this: EU Space Surveillance & Tracking (EUSST), which is operated by a group of eight member states in cooperation with the EU Satellite Centre. Together, we currently safeguard over 130 satellites across orbital regimes, and monitor objects re-entering the earth’s atmosphere or breaking up.

But SSA capabilities also play an important part in supporting other kinds of operations on the spectrum from safety to security: from on-orbit servicing or debris removal, to the verification of events and activities that may or may not be benign. Seeing what really happens in orbit is essential – whether you understand space as a global commons, a place for your critical infrastructure, or an operational domain.

SpaceWatch.Global thanks all panelists for their support and open answers. We will continue to follow these topics and report on them. If you have an opinion you would like to share about this important issue, feel free to email us here. 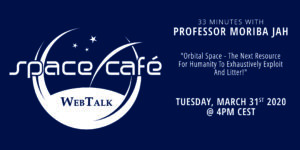 Would you like the opportunity to virtually meet Professor Jah and interact with him on these important issues? If so, please join us for a live Space Café Webtalk, on Tuesday, 31 March 2020, at 4pm CEST for “33 minutes with Prof Jah.”

We look forward to seeing you there.