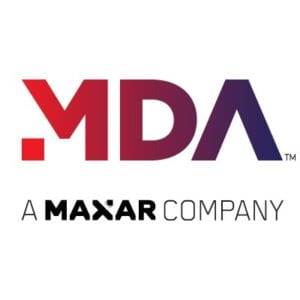 Maxar Technologies, a trusted partner and innovator in Earth Intelligence and Space Infrastructure, announced on 30 December 2019 that it has entered into a definitive agreement to sell MDA to a consortium of financial sponsors led by Northern Private Capital (NPC), for CAD$1 billion (U.S.$765 million), subject to customary adjustments. The company expects to use proceeds to reduce leverage and improve its capital structure to prioritize investments for growth in its core areas of Earth Intelligence and Space Infrastructure.

The transaction includes all of MDA’s Canadian businesses, encompassing ground stations, radar satellite products, robotics, defense, and satellite components, representing approximately 1,900 employees. These businesses are expected to generate approximately U.S.$370 million and U.S.$85 million in revenue and Adjusted EBITDA, respectively in 2019. This revenue is inclusive of approximately U.S.$78 million of intercompany sales to other Maxar entities.

Following the completion of the transaction, the MDA team will operate as a stand-alone company within NPC’s portfolio, retaining its name and standing as the leading space and defense company in Canada. MDA expects to continue to supply Maxar with certain components and subsystems, and the companies expect to sell each other’s complementary satellite data. The revenue and Adjusted EBITDA numbers for MDA highlighted above include approximately U.S.$52 million of revenue and U.S.$29 million of Adjusted EBITDA for certain radar related imagery sales which have historically been included in Maxar’s imagery segment. This business activity has been included in the sale of MDA.

“The sale of MDA furthers execution on the company’s near-term priority of reducing debt and leverage,” said Dan Jablonsky, Maxar CEO. “It also provides increased flexibility, range, and focus to take advantage of substantial growth opportunities across Earth Intelligence and Space Infrastructure categories. After the transaction is complete, Maxar will retain leading capabilities in geospatial data and analytics, satellites, space robotics, and space infrastructure, and we will continue to have strong alignment with our defense and intelligence customers, the evolving requirements of civil governments, and the pursuit of innovation seen in the commercial marketplace. We thank the talented employees of MDA, who have built a world-class business with unique capabilities, and we look forward to working with them as a commercial partner and component supplier to Maxar going forward.”

“This transaction — when combined with the recently completed sale of real estate in Palo Alto — reduces Maxar’s overall debt by more than $1 billion and significantly reduces Maxar’s leverage ratio,” said Biggs Porter, Maxar CFO. “Also, the loss of future cash flow from MDA will be significantly offset by interest savings from the reduction of debt. We expect the net effect of all these factors to only reduce our prior guidance for Adjusted EBITDA and free cash flow generation in the 2022 to 2023 time period by approximately $50 million.”

Porter continued, “While the sale of MDA will re-baseline the size of the overall company, we continue to expect significant Adjusted EBITDA and Free Cash Flow growth over the next several years as the Legion constellation construction spend completes and the constellation comes online, Services executes on its growing backlog, and Space Infrastructure sees improved profit and cash flow driven by recent re-engineering efforts and new program wins.”

The completion of the transaction is conditioned on regulatory approvals, including review by the Committee on Foreign Investment in the United States, Hart-Scott-Rodino review by the U.S. Department of Justice and the U.S. Federal Trade Commission, and Canadian government reviews under the Radiocommunications Act and the Competition Act.

PJT Partners, RBC Capital Markets, and Bank of America Merrill Lynch are serving as financial advisors to Maxar. Wachtell, Lipton, Rosen & Katz and Stikeman Elliott LLP are serving as the company’s legal advisors for this transaction.

The amounts of revenue and Adjusted EBITDA given above in this release represent the expected results of MDA as they flow into Maxar’s Space Systems and Imagery segments and will vary from the amounts ultimately classified as discontinued operations for MDA, which will reflect interest, depreciation, amortization, taxes, certain corporate expenses, and the effect of blending margins on projects for which MDA is an intercompany subcontractor. The MDA businesses are expected to have approximately U.S.$10 million in Depreciation and Amortization expenses.

Share
Previous Azerbaijan’s AzerCosmos To Provide DTT Services To Tanzania Via Azam TV
Next #SpaceWatchGL Op’ed: My 2019 in a review – The 2020s – Challenges And Risks In Space – By Dr. Malcolm Davis