#SpaceWatchGL Op’ed: My 2019 in a review – by Torsten Kriening

SpaceWatch.Global asked its staff and contributors to review 2019 and provide an outlook into 2020. These personal reviews are being published during the holiday season. This is Torsten Kriening, Chief Operations Officer of ThorGroup and Publisher of SpaceWatch.Global. 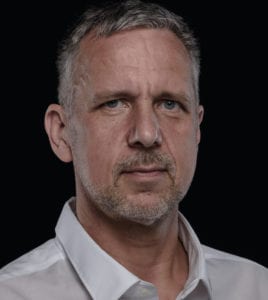 2019 is the 30th anniversary of the fall of the Berlin Wall, one of the events that has had the most important impact on my life.  2019 also saw other big anniversaries, such as 50 years since the first human walked on the Moon and the first flag (A Swiss sun sail!) was planted there.

The Moon made news throughout 2019. With the landing of China’s Change‘4 on the far side of the Moon, and the Israeli and Indian hard landings, its growing geopolitical importance was amply demonstrated. The American answer was prompt, with U.S. Vice President Mike Pence announcement that Americans will return to the lunar surface by 2024.

Lunar activities also had a personal impact on my year as I had to accept that sometimes ideas for lunar ambitions can come to a dramatic end. Life goes on – but on Earth!

Some highlights of my year are as follows:

One project that I initiated turned out to be too ambitious in the end: in the For Wings of Life World Run we wanted to collect as much money as the distance to the Moon – but this did not work out with the partners we selected, yet there will be another chance in 2020!

We established many new wonderful partnerships at SpaceWatch.Global, such as with NEUCO and with Moriba Jah, to mention but two.

The ESA Ministerial Conference in Seville, Spain, provided some hope for the European space industry with the biggest budget ever of 14.4 billion Euro committed. Germany took the lead and agreed to 3.3 billion Euros over five years.

SpaceWatch.Global also made significant changes in its internal structure. Hans Jürgen Tscheulin was appointed as our new CEO, a recognized expert in the global satellite industry. New editors and team members also joined us.

Cooperation with our outstanding contributors continues, such as Dr. Rajeswari Pillai Rajagopalan, Blaine Curcio, Jessica West, Robin J. Frank, Prof Moriba Jah, Ralph Thiele, Dr. Bleddyn Bowen, Dr. Olga Stelmakh-Dresher, and the entire team at Secure World Foundation…to mention only a few. In the next days you can read 2019 reviews from a few of them.

SpaceWatch.Global is grateful for the support we get from the authorities in Switzerland.

We would also like to thank all of the outstanding individuals that we could interview in 2019. It was a pleasure and great fun as well. Thank for all your insights!

All the efforts, hard work and strategic marketing decisions led to increased outreach in a market that is still dominated by biased information and unilateral views on space and cyber activities. With over 20,000 unique visitors to the Spacewatch.Global website every month in the last quarter we have seen massive growth in our interested readership.

2020 will bring us much more of these wonderful moments in the fascinating space industry!

I wish you and your families a Merry Christmas and a Happy New Year! 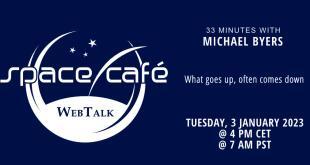