SpaceWatch.Global asked its staff and contributors to review 2019 and provide an outlook into 2020. These personal reviews are being published during the holiday season. This is Dr. Moriba Jah of The University of Texas.

The year began with the 29th AAS/AIAA Space Flight Mechanics Meeting, Ka’anapali, Maui, Hawaii, 13-17 January 2019. The conference brought together what could be arguably the world’s top astrodynamicists for a week-long exchange from everything about satellite guidance, navigation, and control, to mission design, and space situational awareness! I was able to go to nearby Moloka’i and speak to the students at Moloka’i High School Farmers of Land and Sea about my non-traditional career path and how their education is something that is there’s forever! The suicide rate on Moloka’i is five times higher than anywhere else across the Hawaiian islands.[1] These students need more folks to go and let them know that they’re important and special and a gift to humanity! These students need active and continuous mentorship! 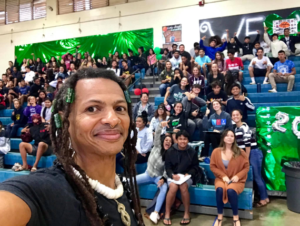 I’m hoping to go back. They gave me a beautiful black Kukui shell Lei (in the next image) that I have worn on many of my speaking events. The students sang me a song called, “Mahalo” meaning thank you! It was quite moving and an experience that I will never forget. These students have been all but forgotten by society writ large and written off as useless. I’d like to change that! 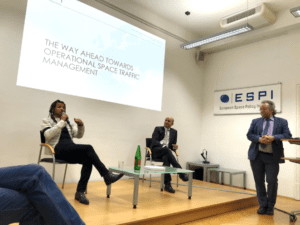 Next, I travelled as part of the U.S. delegation to the United Nations Committee On Peaceful Users of Outer Space (UN COPUOS) Science and Technology Sub-Committee (STSC) meetings in Vienna, representing the American Institute of Aeronautics and Astronautics (AIAA) where I gave an official UN presentation about how the UN COPUOS Long Term Sustainability Guidelines are being implemented in the United States. I was also honored to be invited by Jean-Jacques Tortora of the European Space Policy Institute (ESPI) to give a joint evening presentation with Dr. Holger Krag,[2] who now leads ESA’s Space Situational Awareness program.

Here, I gave a presentation about the challenges of achieving Space Traffic Management[3] and focused on the need for improved (a) transparency (b) predictability and (c) holding satellite owners and operators accountable for their behavior(s). I presented ASTRIAGraph[4] as a framework for crowdsourced space traffic monitoring and assessment, a form of so-called Participatory Sensing[5].

Next on the 2019 itinerary was Wilton Park, where I was invited as a keynote speaker for a gathering focused on space security.[6] Some of the questions I engaged the attendees to address were: What possibilities are there to move to a more practical space traffic data sharing system? Solutions to the sharing of space information must include a better understanding of what is extant in space, but how to ensure this better understanding? What existing mechanisms could be used to communicate these data to users? How can it be ensured that the relevant data are transmitted accurately and in a timely fashion? While I cannot disclose the names of those who attended I can say that the attendees represented a diverse set of people not just geographically but also in terms of their professions; this meeting was truly transdisciplinary as it needed to be. I’d welcome interested parties to contact Wilton Park directly to inquire about a possible redacted summarizing document. 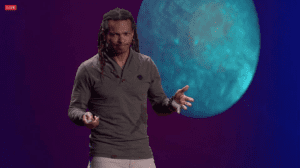 To my complete amazement, I was subsequently notified of being selected as one of 20 people into the 10th Anniversary class of TED Fellows, after quite a rigorous and global selection process. This afforded me the unique opportunity to deliver a TED talk on the big TED stage in Vancouver at the annual TED conference.[7] My short talk was focused on developing ASTRIAGraph, the world’s first crowdsourced space traffic monitoring system, at The University of Texas at Austin. 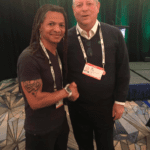 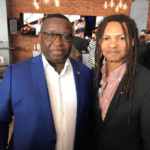 I was fortunate to be able to directly engage people like President Maada Bio of Sierra Leone and former U.S. Vice President Al Gore on the topics of Space Environmentalism and how near-Earth space is a finite resource and as such in need of environmental protection. I also underscored that we need not “reinvent the wheel” on environmental protection and we need only look toward the voices of our indigenous peoples in so-called tenets of Traditional Ecological Knowledge (TEK) and apply these to the space domain to achieve sustainability there. 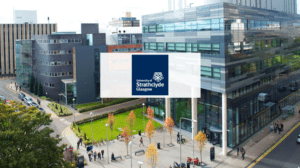 I travelled to the 10th International Workshop on Satellite Constellations and Formation Flying (IWSCFF) hosted by Prof. Max Vasile at the University of Strathclyde in Glasgow, Scotland.[8] This series of workshops is organized by the IAF Astrodynamics committee.

I was an invited keynote speaker at the 10th IWSCFF and focused on space safety, security, and sustainability in the context of current and near-term so-called mega-constellations. I underscored a few things, namely that Traditional Ecological Knowledge should be used as a basis for achieving long term sustainability of near-Earth space, and that by launching so many satellites as frequently as we are, there is no way we can possibly quantify what equilibrium means for near-Earth space. In other words, nature always tends to seek a state of equilibrium and we are adding resident space objects at a higher rate than the environment’s capacity to inform us of the impacts of this activity and its likely desired equilibrium state. This, in my opinion, is irresponsible behavior, and clearly shows that regulatory frameworks are operating outside the bounds of scientific evidence. For a finite resource, this is detrimental and could lead to a Tragedy of the Commons. Suffice it to say that this event was a great forum within which to have this candid exchange.

My next trip was to the 4th Global Space Traffic Management workshop,[9] always at the end of “The Fringe” festival in Edinburgh, Scotland. It is organized by Lockheed Martin, NORSS, and the Royal Observatory of Edinburgh. This fourth workshop extended the regulatory theme by story-boarding a GEO debris collision scenario that will form the basis for a series of “Space Law Games.” These are intended to provide the legal analogue to the operations scenario from the 2017 workshop, by walking through the legal processes that would follow a debris collision event. This will definitely be continued at the 6th annual IAA/UT Austin Space Traffic Management conference in Austin, Texas.[10]

This workshop is well attended and gets all attendees to work in sub-groups toward reconciling or informing salient themes and issues in space traffic management. The Royal Observatory of Edinburgh has always been an excellent organization to host this annual event! It is clear that we are missing the appropriate legal and regulatory framework with which to reconcile any real dispute that could be brought to bear by any satellite owner/operators with on-orbit space events and activities. It underscores how we as a community are operating “beyond our headlights,” so to speak. Any solutions will likely come as a reaction to a dispute instead of from a proactive legal preparation for when this happens. I was specifically asked to address how one might measure or quantify compliance, or lack thereof[11], with accepted UN COPUOS LTS Guidelines. International participation reached as far as Japan and Australia. As always, there was a cross-section of government, industry, and academia as well as space law, policy, and astronautics experts.

Next, I was honored and selected by WIRED[12] as one of the top 25 people “racing” to make a positive and significant impact on humanity! 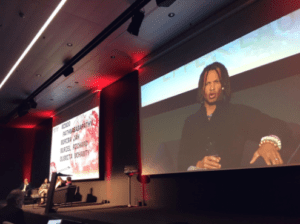 My last major trip for 2019 was to the wonderful country of Switzerland to participate as a keynote speaker at SwissNexDay2019.[13] Switzerland is a leading space country and it was refreshing to see the Swiss government’s commitment to excellence in space! More refreshing was to see the importance given to research and science for space: everything from astronautics to space policy, etc.

I know that Switzerland is committed because there are formal funding mechanisms in place supporting this. Commitment means funding, something lacking in many other places across the globe. Switzerland also clearly believes in Space Sustainability and this is reflected in no small part by ClearSpace out of EPFL being officially selected to lead the ESA Clean Space mission in a few years to remove a real space object from the current resident space object population, VESPA.[14] I met with researchers at ETH Zurich, folks from the ESA BIC in Zurich, Swiss government officials in Bern, and more researchers at EPFL in Lausanne. This was an inspiring way to conclude 2019 and I believe that Switzerland is keen to collaborate with us at The University of Texas at Austin on ClearSpace and many other space activities. I am grateful to SwissNex for organizing and supporting this set of space events.

Bio: Moriba Jah is an Associate Professor in Aerospace Engineering and Engineering Mechanics as well as the director for Computational Astronautical Sciences and Technologies (CAST), a group within the Oden Institute for Computational Engineering and Sciences at The University of Texas at Austin. Moriba came to UT Austin by way of the Air Force Research Laboratory and NASA’s Jet Propulsion Laboratory prior to that, where he was a Spacecraft Navigator on a handful of Mars missions.
Moriba is a Fellow of multiple organizations: TED, American Institute of Aeronautics and Astronautics (AIAA), American Astronautical Society (AAS), International Association for the Advancement of Space Safety (IAASS), Royal Astronomical Society (RAS), and the Air Force Research Laboratory (AFRL). He has served on the US delegation to the United Nations Committee On Peaceful Uses of Outer Space (IUN-COPUOS), is an elected Academician of the International Academy of Astronautics (IAA), and has testified to congress on his work as related to SSA and Space Traffic Management. He’s an Associate Editor of the Elsevier Advances in Space Research journal, and serves on multiple committees: IAA Space Debris, AIAA Astrodynamics, IAF Astrodynamics, and IAF Space Security.