S7 Space is the first Russian commercial company providing a full service on the launches of spacecrafts with use of the Zenit launch vehicles. Activity of S7 Space also includes operation support of space-rocket system “Zenit M” (“Land Launch” project) at Baikonur Cosmodrome.

Our contributor Vitaly Egorov talked with Mr Sopov, the company’s Director General, about the future of the Sea Launch platform, the role of S7 in preserving business relations between Russia and Ukraine, the development of launch vehicles by Russian private companies and more.

I’ve recently heard someone joke that the Soyuz rocket is the only remaining intercontinental ballistic missile in the sense that it is launched from different continents, from Baikonur, Plesetsk as well as Kourou. Zenit can be called intercontinental too: it’s assembled on different continents and is launched from the surface of the ocean. What potential customers do you see for it?

The current launch market situation is pretty challenging. When the Sea Launch was created, the average launch cost of the Zenit rocket was $100 million per launch. Now Elon Musk’s SpaceX offers a launch at a mere $65-68 million. This means that our costs must be an order of magnitude below that. This is the only option we’ve got. I can’t recall a single case where one failed to find customers while having a ready rocket. It just never happens this way. You will always find a customer willing to use your services.

So, you aren’t looking for customers right now?

No. And it isn’t one of our current objectives. One should set an objective when there is a need for it. I know, because I’ve been in private business for 30 years. So, the best thing to do now is building a rocket with our own money and keep it in storage. The launch proposal usually works like this: we offer you a rocket. You finance 10% of the launch and once the rocket is delivered to the launch pad, it will be fully paid for.

It is, but this is just a common business approach that works everywhere, including the US and Musk.

So your approach is to always have a ready-to-fly rocket and keep looking for customers, right?

I’d say it all depends on where we are with our project. If we manage to convince the market that we are capable of doing launches by having done a launch, then we can move on to nominal business operations. We have the rockets and we have the Sea Launch platform for that. Why spend our own money if we can spend our customers’?

The biggest expectation today is the global multi-satellite Internet access system called OneWeb that is planned to consist of hundreds if not thousands of satellites in low Earth orbit. Are you planning to be a part of that market?

You see, we’re basically just truck drivers, a space transportation company. We say ‘We’ve got a truck and we can deliver your cargo to where you tell us to’. Let’s say, for instance, that OneWeb bosses approach us and say: ‘We’ve got 65 satellites. Can you launch them for us?’ We then ask them to specify the required orbit parameters. And then I might tell them that our technical capacities won’t enable us to launch all of the satellites. We are capable of delivering payloads to a particular orbit, but not to different orbits. However, you can do it with Zenit from the Baikonur Cosmodrome. It all depends on the customer and their target orbit. Of course, the best customer for us would be someone whose type of payload our launch complex was initially designed to handle, that is heavy satellites launched to the geostationary orbit. There will always be a market for them, regardless of the situation on the light satellite market as they have different purposes.

Do you have plans to launch from Baikonur?

As you probably know, Launchpad 45 is being handed over to Kazakhstan. If we manage to find common ground, then this might become possible.

What do you think about Soyuz-5? Do you see yourselves as a potential operator of this rocket? Or would you rather prefer a launch vehicle that better fits your business plan?

We have a concept of what kind of rocket we need to use. The Zenit design has been around for 40 years without undergoing a lot of change. It can remain so for another 6 or 7 years. Then its aging design will either make it non-competitive or good for limited application only.

Thus, we should be thinking now about a replacement. It must be a medium-class launch vehicle capable of delivering 16-17 tonnes of payload to the low Earth orbit. But we are yet to figure out the specs of that rocket. For example, we’ve got to figure out if we need a reusable first stage or not. We’re currently considering this option. So, we actually don’t need the Soyuz-5 rocket as it is now, because it’s basically the same rocket as the Zenit.

The underlying question is the price. This is where we don’t see eye to eye with our country’s rocket industry as we believe that the matter of price and cost of the rocket is a crucial one. It must be clearly indicated in the technical specification for the rocket. The cost and the price are as important as the rocket’s mass and the specific thrust. And they are just as crucial for the future of the rocket. Personally, I believe they are even more important.

Do you think there is a possibility of a private Russian manufacturer of rockets, who would supply launch vehicles and would be eager to collaborate on designing launch vehicles?

In my opinion, the only serious player in this area so far is Gazprom Space Systems. This is probably the only company, which has a possibility, a will and intellectual potential to begin to develop their own rockets. I really wish we could join effort with them if we find a common ground. We don’t necessarily agree on everything, but we these are by no means serious disagreements.

As far as I know, they are currently gravitating towards manufacturing satellites themselves. So far there’s been no talk of manufacturing rockets.

This is a regular path for further development. I talked to Sevastyanov [Nikolai Sevastyanov, director general of Gazprom Space Systems – Editor’s note]. He says: ‘We employ 80 people in the production, but our facility has the capacities similar to those of the Energia Corporation, which employs hundreds of people. It’s all again a matter of money.

We could consider a lot of things, but we’ve got to think realistically. First, it’s very hard to assemble a good team. Then, you can’t build a rocket in the middle of nowhere. You need 300-500 people, a facility, and equipment. But you can’t create anything from scratch – you must rely on previous experience.

Experimental construction and a test database are important for this. So, we’re now in talks with the government. If the government is willing to develop this area of business then we could consider how we could build on the legacy of the previous generations. Sending our specialists on a business trip to the US, so that they could gain experience there and then just task them with creating a rocket simply isn’t going to work. It so happened, that the previous generations of Soviet engineers created their own set of manufacturing standards, which is incompatible with the Western standards. Our manufacturing materials are similar to those used in the States, but they just aren’t the same. Our materials aren’t certified in the US and vice versa. I saw the same issue in the aviation as well.

Are there ways to solve this problem? Should we adapt our standards to US standards? Can we come up with a roadmap?

I feel lost when I hear such questions. I have no opinion of my own on this. These are huge issues to be tackled. The manufacturing standards aren’t just a little handbook, but it’s a huge system. 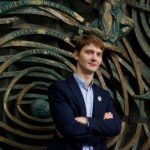 Vitaly Egorov is a PR specialist for the Russian private company Dauria Aerospace. He has a blog under the nickname Zelenyikot, manages the group called Open Space on Facebook and vk.com with the total number of followers exceeding one million, and promotes space exploration in every possible way. He spotted the landing module of the Soviet probe Mars 3 on the Martian surface for the first time and initiated the microsatellite project for taking pictures of the Apollo and Lunokhod landing areas on the Moon.