The success of Galileo and Copernicus have galvanised the space ambitions of the European Union and given it the impetus to build on its achievements. This was very evident at the recent annual European Space Policy Conference that was held in Brussels from 24-25 January, 2018. Here, space policy analyst, Vera Gomes, details the outcomes of this important event in the European space calendar.

In December 2007, the Treaty of Lisbon was signed by the European Member States to enter into force in 2009. Under this reform treaty, the European Union introduced its competence in Space. It has resulted in a real change to space activities undertaken in the European context, and over the last 10 years that change has been clear. Europe is today a strong global space actor and one cannot deny that the European Union Space Programmes – Copernicus and Galileo – are among the greatest achievements of the EU.

The 10th edition of the annual European Space Policy Conference showed that the European Union’s commitment to space is stronger than ever. This conference was held at a key moment in the preparation of the next Multi Financial Framework (MFF) and builds on the space strategy for Europe. In a large room that was still too small to accommodate all people attending, five EU Commissioners were on the programme (including 2 Vice-Presidents) and they took the floor to proudly speak about the achievements, the present and the future of EU Space activities.

This conference was a clear shift from the discretion usually associated with Europeans. The speakers shared their enthusiasm with the audience: Galileo is delivering its initial services better than expected; Copernicus is setting a global standard in Earth Observation and security. EU Commissioner for Internal Market, Industry, Entrepreneurship and SMEs, Elżbieta Bieńkowska was quite to the point: “Copernicus and Galileo are a strong European success. They are the best space systems in the world respectively in Earth observation and satellite positioning. They are currently delivering above expectations.”

In fact, Copernicus and Galileo are delivering their high quality services free of charge. This shows how much the “EU is committed to working towards a safer and more secure continent, a prosperous and sustainable one, a social and a stronger player on the global scene” according Maroš Šefčovič, Vice-President of the European Commission, in his opening speech. Copernicus satellites and the data they deliver are setting a global standard in Earth Observation: they are offering the most accurate climate and environmental data 24/7 and the EU is amongst the first in the world with a capacity to detect air pollution over large cities from space. As for Galileo, some 75 million Galileo-enabled smartphones were sold last year and 95% of the chipset on the market are Galileo compatible. Also, as of April 2018, all new models of passenger cars and light vehicles will be equipped with eCall in-vehicle systems enhanced by Galileo.

Europe’s space budget is already the second largest budget for space in the world, as stressed in the opening speech of Frederica Mogherini (High Representative of the Union for Foreign Affairs and Security Policy / Vice-President of the Commission), and Europe is a heavyweight on the global space market: worth about 50 billion euros, employing more than 230,000 Europeans. In fact, Jean-Loïc Galle, president of Eurospace, mentioned that 2017 was a year of “consolidating European space industry leadership: 10% more sales than in 2016 (now worth 8.2 billion euros).” Some of the speakers at the EU Space Policy Conference made clear appeals for more EU budget to be allocated to space in the years to come, in line with the 2018 conference theme “More Space More Europe”.

Space programmes, Copernicus, Galileo, Space Surveillance and Tracking, and Govsatcom provide data that can have dual use. Thus, it is not surprising that EU Commissioner Bieńkowska stated in her speech that one of her priorities for 2018 is to tighten the links between security, defence and space. The European Defence Agency Chief Executive, Jorge Domecq, went further and mentioned the work already being done to identify synergies between space and defence, including ensuring that military user requirements are taken into account on Copernicus and Galileo evolutions.

“Space is an enabler for other industries”. These were the words of Maroš Šefčovič. With the recently created European Defence Fund and the Permanent Structured Cooperation on defence, EU space programmes can bring an important input to enhanced security cooperation in Europe. Furthermore, the European space industry can have access to more research funding to help Europe develop new capabilities. Space and defence in Europe are no longer on opposite sides of the table: they are seated side by side.

The European Space Policy conference marked the beginning of a crucial year for Space. It is the year that European Union discussions will start to secure the budget for the period 2021-2028. The fact that the European Union budget is locked for 7 years is without doubt a source of stability for its space programmes.

During 2018, these discussions will also be the start for the engagements on the new political and legal framework for the EU space policy. It will ensure continuity and evolution for Galileo and Copernicus, establish new space priorities and define new concrete initiatives. The overall message from the conference was clear: all stakeholders, politicians and industry, agreed that all space actors in Europe need to be involved and work together so that the EU Space Strategy[1] defined at the end of 2016 comes into action and that it translates into a more innovative, stronger Europe.

Space is without doubt a good example of what the European Union can achieve together. Galileo and Copernicus, the flagship space programmes of the EU, are an achievement of the EU that none of its Member States would be able to do alone. According to Frederica Mogherini “This is the European Union at its best, putting our strength to the service of our citizens and also of our global partners. Doing things together that cannot be done alone or by anyone else”. By working together, the EU Member States have shown that it is possible to have autonomy but still cooperate, among themselves and with others.

As Frederica Mogherini mentioned “Space does not belong to any one country, but to all of us, as humankind.” In the last few years, Copernicus and Galileo have helped different regions around the globe, free of charge, in moments of need. The Copernicus mapping system provided support to Haiti and Dominican Republic at the time of the Irma hurricane, but also to EU countries, like Portugal during the wild fires last summer. 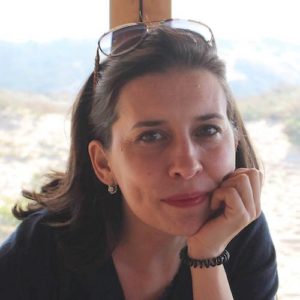 The EU decision to strive to be an innovative, autonomous and cooperative space power is both justified and needed. Frederica Mogherini words made so much sense considering these day’s world politics: “The world needs a responsible space power”. Europe, with its founding principles (e.g. liberty, democracy, a respect for human rights and basic civil liberties, and rule by law), is proving that it is possible to be “ambitious, cooperative and innovative” while pursuing its autonomy.

Disclaimer: Vera Pinto Gomes is a space policy analyst currently working at the European Satellite Navigation Programs (Galileo & EGNOS). She is a member of the History Committee of the International Academy of Astronautics and keeps a Portuguese blog on space policy. Views and opinions expressed in this article are those of the author alone.