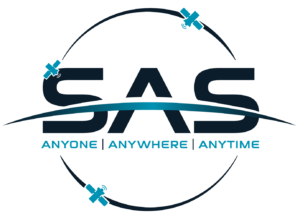 Sky and Space Global’s 3 Diamonds nano-satellites were successfully launched on 23 June 2017 aboard the PSLV from ISRO’s launch site at the Satish Dhawan Space Centre in Sriharikota, India. The launch is a key milestone for SAS as a business, which has been engaged in months of preparation ahead of the launch. The 3 Diamonds nano-satellites is an important part of delivering Sky and Space Global’s vision to provide affordable communication services to those who are currently underserved across the Equatorial Belt. With its sophisticated nano-satellite technology and satellite network management software, the Company is going to disrupt the telecoms industry by delivering affordable satellite communications services in remote locations.

SpaceWatch Middle East was lucky enough to catch SAS’ CEO, Meir Moalem on the Monday following the launch to talk about next steps, customers and future plans.

Congratulations on the launch! How are you feeling?

We’re feeling good! There is huge excitement within the company. It’s something that we’ve worked onfor over three years so obviously, we are very happy that the launch went so smoothly. We’ve had over 50 passes of the satellites and everything is working properly. That makes us even happier – but now we are back to work! We have some really exciting and demanding projects to focus our attention on.

You have already sold the capacity on the three pilot satellites. Was it a surprise to you to sell the capacity and to have the customers come forward?

It wasn’t a surprise to us that there is a market and a need for these services. What was a surprise was the speed that the customers found us. Our initial intention was to build the technology demonstrators to prove that the technology works and then to go ahead and secure the funding for the full constellation of satellites. However, the feedback from the market from potential customers was amazing. They told us that the need for this kind of connectivity is huge and the supply is low. They asked us what we could do for them. After sitting with them and discussing it, we realised that we could actually provide them with a commercial services that have real value, mostly in the M2M and IoT arena. So now we will spend the next 8 weeks, give or take, engaged in in-orbit testing of the satellites: the subsystems, the payload, the operational scenarios. Once we feel comfortable that everything is working and ready we will commence the commercial demonstration with our customers who are in Africa, South East Asia and South America, followed by the provision of commercial services for them.

So the actual services that they will use the capacity will be mostly IoT and M2M?

Yes, that is the dominant application right now. What you need to understand is that it is very difficult to carry out a phone call with just three satellites in LEO. However, we can provide M2M services or IoT or data transfer from one place to another, either directly or through store and forward on our satellites. This is something which is very easy to do even with just one satellite. For example, we will offer ATM data, asset tracking and asset management data. Even with only three satellites, you can still provide these kind of services. 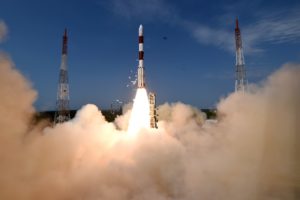 Can you tell me more about the technology and how it actually works?

Can you tell me about the interest that you are getting in the next batch of satellites?

That’s where the really interesting things happened. The agreements that we have are for the full constellation. With the full complement of satellites, we will be able to provide 24x7 coverage over the equatorial region.  We will be providing phone calls and instant messaging, email and M2M and IoT services. That is where the real interest is. The market is waiting for such a service. You can get these services today from Iridium or from Inmarsat, but they will cost you an arm and a leg. The market is waiting for 2019 when our coverage will be in place.

When will the next batch of satellites be ready?

The first three diamonds are prototypes and the actual operational satellites will be different. They will be much more capable and will, of course, be slightly heavier than 3kg, which is the weight of the 3 Diamonds. These will be the operational satellites. We have a contract with GOMspace to build the whole constellation and we expect the first deployment inspace by the end of 2018. That also works very well with our contract with Virgin Orbit to deploy our satellites on their LauncherOne. In 2019 we will ramp up the constellation and by 2020, we will have 200 nano-satellites in space and we will scale up our constellation as required.

There are other planned constellations on the table and slated to launch over the coming years. There is a lot of talk about a lack of launch capacity in the market. Do you agree with that and do you think it could affect the deployment of SAS satellites in the future, as the constellation increases?

Yes. Almost a year ago, I was at a conference and there was a discussion on stage regarding launch opportunities and the conclusion was thatthere are not enough for small satellites. However, this is changing. As you know, Rocket Lab concluded their first launch. Virgin Orbit will carry out their first launch at sometime this year. There are a lot of companies trying to develop small launchers for small satellites. However, there are lots of opportunities for constellations. When you try to launch one or a couple of satellites, you are trying to piggyback on a launch, and there are not enough opportunities. However, if you are launching a constellation, you are purchasing a dedicated launch and there are still a lot of those available. There are more and more launch providers showing up. The Chinese are also opening up new possibilities. So, I don’t see it as a real problem for the constellations. Also bear in mind that some of the constellations are being formed by launch providers like Elon Musk and SpaceX and Airbus, with their connections to Arianespace.

Finally, I would like to find out what your priorities are for the coming months and what you’ll be focusing on.

We have several things that we are focusing on. The first is the continued testing of the three Diamonds followed by the commercial demonstration and generating revenue. The other thing that we are focused on is the constellation itself. We expect to have our Preliminary Design Review (PDR) in the near future and we are putting a lot of effort into that. The third thing we are concentrating on is working on the funding for the constellation itself. We have multiple opportunities and possible avenues to exploreto obtain the funding. The company is really focused on the different tasks at hand and I expect that within the coming two months, we will be able to commence commercial demonstration.

We are looking to becoming part of, and strengthening the UK space industry with our satellites and we are incredibly proud to be doing so.

SpaceWatch Middle East thanks Meir Moalem of Sky and Space Global for the interview.