The session began with Grudler noting the importance of strategic autonomy for Europe and autonomous access to space, which the IRIS² sought to address (IRIS² is a new highly secure, satellite-enabled connectivity system that will promote digital autonomy and provide a strategic asset for the EU). He pointed out that the European Parliament would finally vote on the IRIS² project on February 14 to give the European drive for space telecommunication autonomy legal backing.

The panelists also disclosed that the project’s financing would be via a public-private partnership with several procurement contracts and strong industrial participation, making the IRIS project different from the Copernicus and Galileo constellations. As a result, they hoped that the project would enjoy participation from several stakeholders. According to Javier Benedicto, ESA will develop a “contribution agreement in the coming months that will build from the experiences of comparing Copernicus and Galileo with its own specificities.” Further speaking on the stronger private participatory undertones of the IRIS project, Ekaterini Kavvada added, “we will give the design authority to the private sector. Why? Because we take into account the specificities of the telecommunications industry, the maturity of the sector, and its commercial dimension.”

Speaking on the form the procurements for the project would take, Kavvada pointed out that they would divide it into three parts. The first stage will see ESA receive proposals from consortiums rather than individuals, which it would evaluate. The second stage would involve discussions with the industry because the industry also has an important part to play.

Marc-Henri Serre also added that the IRIS² project had to be different from the previous constellations. noting that the project would have missed its objective if it was simply a copy and paste of what was already obtainable. Serre pointed out that the objective was to be better, to apply newer technologies like 5G or quantum technologies to make the project superior to its predecessor constellations. Grudler replied that there were plans in place to make the IRIS² project unique.

Adding his opinion, Steve Collar noted that procurement was one of the most critical aspects of the project, especially if it would include SMEs and European startups. However, he decried the “bureaucracy” that has set the project back, noting that it would not be ready by 2030 if Europe decides to wait to start the project until all aspects are fully specified. He said, ” I feel that as much progress has been made, we need to start. We need to start building and launching and implementing services and learning and doing it again and doing it again.”

According to Kavvada, the goal in 2023 is to get a legal basis and award the contract so that real work would commence by 2024, noting that the European Commission is not looking to spend time on dialoguing and back-and-forths.

Kavvada also reiterates the objective of the project, that they have no intention of using the IRIS² project to militarize space. She says, “it’s not an osmosis between space and defense, but we can work together.” 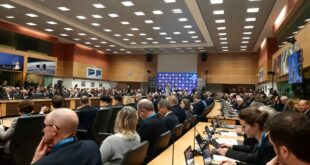 “We Need a Paradigm Change in Space, Security, and Defence”- Josep Borrell Fontelles 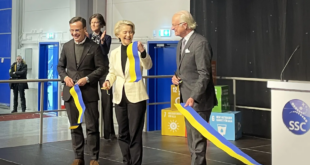 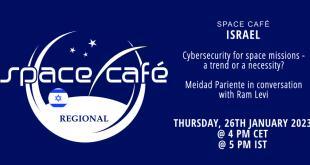