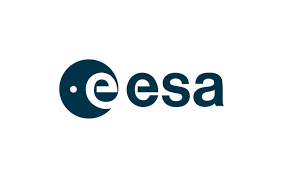 Paris, 22 June 2022. – Europe cannot afford to stay out of human spaceflight if it wants to rank as a global political and economic power, the head of the European Space Agency (ESA) said.

“It’s not possible that a political and economic power like Europe cannot fly its own astronauts to space,” Josef Aschbacher, Director General of ESA, said at the Paris Air Forum at Le Bourget yesterday.

Through ESA, its 22 member states currently spend €12 per head on ESA activities and programs, Aschbacher said, totalling €6.49 billion in 2021 – a fraction of what the U.S. spends.

“Only by collectively joining our forces – EU, ESA and the Member States – we will be able to develop an ambitious Space Agenda for Europe,” ESA said in Aschbacher’s panel presentation at the forum.

The European Commission and ESA engage and join forces in two hallmark projects: the digital connectivity initiative – to develop a secured communication and commercial broadband constellation for Europe – and the launcher alliance, to foster Europe’s competitiveness on the global market and develop “next-generation launchers for 2030, based on a public/private funding model”.

ESA and Europe’s space industry are pushing hard for a maiden flight of their next-generation launcher Ariane 6 next year.

“This a top priority,” Aschbacher said, “we have to put all energy and emphasis into making the maiden flight as soon as possible”.

ESA’s ministerial council, which decides on its member states’ joint space policy and budget, is planned for autumn next year.

“We need good news, success,” Aschbacher said, referring to the upcoming council, “to show that Europe performs and delivers”.