OHB Cosmos and the Luxembourg-based OHB affiliate LuxSpace signed a contract for a dedicated launch with RFA for upcoming missions scheduled for mid-2024 and 2025, OHB said.

OHB is a strategic investor in RFA. OHB Cosmos is the launch service provider of the OHB group and has launched all of the German Bundeswehr’s SAR-Lupe satellites.

LuxSpace is OHB’s expert for small satellite platforms like the recently launched ESAIL satellite, which was built on LuxSpace’s Triton-2 platform and developed in collaboration with the European Space Agency (ESA) and the Earth observation company exactEarth. 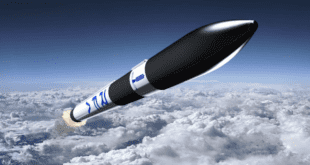