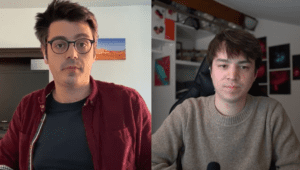 As part of the partnership between SpaceWatch.Global and Orbital Gateway Consulting we have been granted permission to publish selected articles and texts. We are pleased to present “Dongfang Hour China Aerospace News Roundup 25 Jan – 31 Jan 2021”.

Hello and welcome to another episode of the Dongfang Hour China Aero/Space News Roundup! A special shout-out to our friends at GoTaikonauts!, and at SpaceWatch.Global, both excellent sources of space industry news. In particular, we suggest checking out GoTaikonauts! long-form China reporting, as well as the Space Cafe series from SpaceWatch.Global. Without further ado, the news update from the week of 25 – 31 January.

According to media reports, the Qingdao SCO Demonstration Zone officially kicked off the Qingdao Aerospace Science & Tech New Industry Project, which is a huge construction project over a land area of over 20,000 m2. The Qingdao SCO Demonstration Zone is an industrial zone launched in 2018 and located in Qingdao’s county-level city Jiaozhou. It aims at boosting trade with B&R countries (SCO = Shanghai Cooperation Organization), and more generally at attracting major industrial projects. It was announced in 2018 that the QSDZ had attracted no less than 26 major projects, accounting for 43.7 billion RMB. Among QSDZ projects is the Qingdao Aerospace Science & Technology New Industry Project, which will host the Qingdao Shanghe Aerospace Technology Company.

Qingdao Shanghe Aerospace Technology was founded on August 31 2020, and is 100% owned by Geespace, a subsidiary of Geely Group based in Zhejiang and that has invested massively in satellite manufacturing, including an AIT center in Taizhou city. Qingdao Shanghe Aerospace Technology was registered with an initial capital of 100 million RMB. It’s scope of activities include: “satcom services”, “satnav services”, “mobile satcom terminals manufacturing”, “mobile satcom terminals sales”, among other activities.

This seems like a sign of Geely’s determination regarding its comms/satnav constellation project in LEO, announced in 2020. While Geely’s satellite manufacturing plans have been moving forward rapidly, there had been quite few updates on the constellation project itself. Geely has also been working separately on electric cars and autonomous driving, including a collaboration with Baidu in Jan. 2021.

If we then consider the macro direction of the automotive industry, the space activities of ZGHG become very interesting. In the long-term, it seems likely that auto manufacturers will transition from primarily manufacturers of large numbers of non-autonomous cars, to fleet operators of autonomous cars that they also manufacture. In such a world, auto companies would benefit significantly from having enhanced satellite navigation, as well as real-time communications. It seems that with its space ambitions, ZGHG hopes to achieve both, and possibly more, with the end product being applicable not just for Geely cars, but potentially for Proton, Volvo, Lotus, Daimler, and others (a prospect that causes the business to take on a certain political dimension, potentially. Imagine the German Bundestag reaction to German-made autonomous cars using a Chinese-made enhanced satnav constellation…)

Over the past year and a bit, we have seen ZGHG roll out significant space ambitions. This included the aforementioned GeeSpace and their satellite manufacturing facility being built in Taizhou, Zhejiang. At the time, GeeSpace was recruiting positions not just for satellite manufacturing, but also for launch technology, a possible indication of their future vertical integration ambitions.

The GeeSpace team is known to have recruited heavily from the Space-OK team (Space-OK is one of China’s first commercial satellite manufacturers, having spun out of the CAS in 2014), with this having potentially given GeeSpace a head start. This is an interesting comparison to the United States, where massive commercial companies–namely the Tesla family of companies and the Amazon family of companies–are able to recruit many of the best and brightest space industry talent, either from the established players, or from other leading startups. If ZGHG makes significant progress on their space program over the coming years, we may also start to see startups founded by GeeSpace alumni.

Last week we saw CALT publish on its WeChat Official Account that it had successfully manufactured a 3.35m diameter carbon composite cryogenic tank for liquid oxygen. This is first in China for a tank with such a large diameter.

Using carbon composites for cryogenic tanks is an idea that goes back 20-30 years ago, with the objective of reducing a rocket’s weight. While most of the weight of a fully-fueled rocket is actually the fuel (80-90%-ish), bringing the dry mass down still brings a significant increase to performance. A very large part of the dry mass (rule of thumb would be 50%) comes from the fuel tanks, which have historically been made of metal alloy. Using carbon composite can bring the weight of the tank down by 25-40% (see here). That’s a 1-2% loss of the overall mass.

Of course, with these major advantages come technical difficulties: materials can easily become brittle at cryogenic temperatures. For LH2, there is the difficulty of permeability. For LOX, there is the question of putting carbon-based material in a pure oxygen environment. The manufacturing process is also challenging, especially for large structures.

CALT’s article mentioned a decrease in mass of 30% compared to previous aluminium alloy tanks (1.7g/cm3 vs 2.8g/cm3). The academy also believes that cost can be reduced by 25% compared to previous tank models, and that manufacturing speed would increase compared to metal-based tanks. There will no doubt be further testing to ensure the technology is mature before integrating a Long March rocket.

Question: would a 1-2% reduction in overall rocket mass due to carbon composite rather than metal alloy also lead to a further reduction in the amount of fuel required, i.e. leading to a total savings of say 3-4% total mass?

Article from MacroPolo about Rising Stars in China’s Political Hierarchy

Great piece from MacroPolo this week about the rising stars in the Communist Party apparatus. Noteworthy for the space sector is the fact that several former CASC/CASIC/CNSA high-level people have gone into politics.

The article mentions Yuan Jiajun, a former VP of CASC who had completed his PhD at Beihang, worked on Lunar and Mars missions, and is now the Party Secretary of Zhejiang Province, one of China’s wealthiest.

Also highlighted is Xu Dazhe, a former high-level manager at CASIC and the CNSA who has since become Governor, and now Party Secretary, of Hunan Province in central China. Xu has used his position in Hunan to try to bring more space industry activity to the province, with mixed results. Changsha is home to a few space companies (Spacetube, Spacety, etc.), and CASC has a presence there. The area is also home to more general heavy industry, including industrial giant Sany. Changsha played host to the China Space Day conference in 2019, an event at which Xu was a speaker.

Finally, from the space-ish industry, the article mentions Zhang Guoqing, who went from the CEO of Northern Industries (Norinco) to being Mayor of Chonqging Municipality, and more recently, Party Secretary of Liaoning, an industrial (and economically tricky) province in China’s Northeast.

HNA Group is a large privately-owned conglomerate based in Haikou (Hainan province), and until very recently, a Fortune 500 company. Its core activities are historically in aviation through its subsidiary HNA Aviation, which in turn handles over 14 airlines, including China’s fourth largest airline Hainan Airlines. It also has multiple activities in the tourism business, the food industry, real estate, finance and entertainment.

For non-aviation observers, HNA Group is mostly known to be one of the most emblematic companies of the “shopping spree” period that Chinese companies entered in 2015, which saw Chinese authorities relax conditions on outbound investment. Many large companies such as HNA (and also Anbang, Fosun, etc) took the opportunity to invest massively into assets abroad, including very high profile companies such as, in the case of HNA, Hilton Hotels, Ingram Micro, and stakes in Deutsche Bank. It was reported that HNA Group had invested over 50 billion USD abroad between 2015 and 2017, until the Chinese government finally decided to clamp down on what was actually becoming a damaging outflow of money from mainland China.

HNA Group came under government scrutiny in 2017, and crumbling under the massive amount of debt it had created, began selling many of its assets. At the climax of the shopping spree in 2017, HNA Group was reported to have accumulated 1 trillion RMB of assets, 500 billion RMB of debt, and have ramifications in more than 2300 companies. A working group was set up within the company to solve its debt problems in February 2020, and when it failed to do so, this led to the bankruptcy restructuring this week.

It’s hard to say how things will go for HNA Group further down the road. 2020 has not been kind to the company, with the coronavirus stifling the aviation business for a good half year domestically, and international flights still being very limited. Yet HNA Group is such a key company to Hainan province, in both economic and employment terms, that it is hard to see the local government letting the situation reach liquidation. It is likely the company will continue to exist with new shareholders, the sale of many remaining assets, and a refocus of the group on a number of core activities.

It’s a little bit surprising, and is probably an indication on the extent to which HNA was focused on international travel. We have seen an increase in tourist arrivals to Hainan over the course of the past year, as many Chinese tourists that would have otherwise gone to beaches in Thailand or elsewhere have been forced to stay domestic, and thus Hainan. However, I would venture to say a large percentage of people going to Hainan would take their “local” airline–from Shenzhen might be  Shenzhen Airlines, from Guangzhou China Southern, from Shanghai China Eastern, from Beijing Air China, etc. Being an airline that identifies strongly with a relatively poor, remote province is apparently a tough business to be in.