#SpaceWatchGL Op’ed: Taking Europe to the Moon and Sparking a Lunar Economy 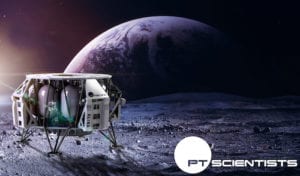 Europe has never landed on the Moon. PTScientists is preparing to change that by sending the first European lunar lander to the Apollo 17 site. But, perhaps equally important – PTScientists want to prove that Europe can be a fertile ground for companies striving to be at the forefront of lunar exploration, and that it is not a prerequisite for success to be based in the United States or Asia. However, this is not a feat we can accomplish independently, and Europe needs to make a commitment to lunar exploration now – or be left behind.

The second era of lunar exploration – participation and diversification

The first era of lunar exploration in the 1960s and 70s, more commonly referred to as the “space race”, was dominated by two superpowers motivated by political and strategic interests. Today, we live in a time with an unprecedented number of actors wanting to go to the Moon, this time to stay. This second era of lunar exploration is characterised by participation and a diversification of actors, with several states and private actors preparing missions for the Moon, motivated by scientific and economic incentives made possible by NewSpace.

While there is no universal definition of “NewSpace”, a common notion is that the involvement of private actors, new productions techniques and project management philosophies will drive down the cost of doing space and foster innovation. In this second era of lunar exploration, there is a recognition that both public and private actor must be involved, the latter to include the benefits associated with NewSpace and reduce public spending. However, for private companies and investors to get involved, there must be a business case for the Moon.

Europe must commit to lunar exploration now, and facilitate for a lunar economy

For the lunar business to be sustainable, it is necessary to encourage the development a lunar economy. In very simple terms, there must be a demand to do things on or around the Moon, and an ability to provide services which facilitates for this. As for the demand, there are a spectrum of activities one can do on the Moon. For example, with the growing number of actors aiming to have a continuous presence on the Moon, there is a need to test technology and prototypes to facilitate for this (robots, habitats, transportation, communication, data processing, life support systems, navigation systems, in-situ use of space resources etc.). There is also an interest in scientific research relevant for both understanding and enhancing life on earth and facilitating for future space exploration. As for supplier services, PTScientists is using new manufacturing techniques to substantially cut the costs of lunar transportation and infrastructure, aiming to facilitate for customers from all over the world to take part in lunar exploration[i].

As we are entering the second era of lunar exploration, there is a chance to spark a market where both public and private actors act as suppliers and customers. If Europe wants to position its industry to take part in this market, there is a need to commit public funding to lunar exploration missions, act to encourage the creation of a customer and supplier base and facilitate for European commercial entities to be able to compete in a global context.

As for the role of European industry, PTScientists first mission will be a light-house project. A technology demonstrator encouraging interest and awareness of what possibilities lie in lunar exploration. Awareness is crucial in order to get the critical mass of customers needed to spark the lunar economy, which is why PTScientists is working with Red Bull Media House to ensure global coverage and excitement.

Over the past few years, PTScientists have evolved from one of the competitors in the Google Lunar XPRIZE, to a company aiming to offer full scale commercial lunar services. As a consequence, the initial strategy of relying only on economic support from the original partners is no longer sufficient. Therefore, PTScientists is now signing payload customers, taking part in consortiums winning contracts and signing new partners. A notable example of such a new partnership, is the signing of an MoU with ArianeGroup on the 8th of May for cooperation on future lunar missions and technology development, allowing us to offer an end-to end European service for going to the Moon with the Ariane 64 launcher[ii].

In January 2019, the European Commission and European Investment Bank published the report “Future of the European Space Sector”, which among other things analysed how well suited the European ecosystem is for upstream NewSpace companies[iii]. The report concludes there is a lack of suitable funding instruments for European companies developing hardware for robotic space exploration, due to high upfront costs and long timelines on return on investment. In other regions of the world, this is not the case. For example, in Japan a public institution has invested in a Japanese lunar lander company[iv]. Still, the most prominent example is the US$ 2.6 billion NASA Commercial Lunar Payload Service (CLPS) program, where NASA will buy transportation services from selected American lunar companies. Last week, the first CLPS contracts were awarded to three American companies, ranging from US$ 77 to 97 million dollars per contract[v].

This highlights a trend where public institutions in other regions now invest or acts as anchor customers for lunar companies, providing funding for the critical development phase. Furthermore, the companies benefitting from these initiatives are now creating subsidiaries in Europe, competing for the same contracts that the European companies are – but with the advantage gained from having public money from their home regions. If Europe wants to seize the opportunity to develop the technical capability in its own industry, there is a need for a discussion on what tools Europe have or can create to level the playing field against international competition.

The 2018 Technology Strategy of the European Space Agency sets the goals of reducing both the timelines and production costs of innovative technologies and space crafts[vi]. However, recognition and decisive actions are two different things, and the European sector and decision makers seem to still favour “traditional” projects with a very, very low-risk profile making it difficult to learn, implement and benefit from the possibilities of NewSpace. In the interest of being concise, it is evident that a balance must be found, as NewSpace companies also have a lot to learn from the approaches developed by the established players.

In other regions of the world, implementation of more creative procurement and project management strategies are more mature, and they yield result in promoting innovation and lowering costs by allowing industry to experiment in a less rigid environment[vii]. Of course, regulatory procedures still ensure the space crafts and technology produced in these environments are of an accepted standard.

Going forward, Europe should engage in a conversation to find the best solutions to produce at a quicker rate, cheaper but still very capable and very reliable space crafts and technologies. This will require dialogue and a compromise between the project management philosophies of “traditional” and NewSpace in relation to how to encourage innovation but maintaining safety, how to “fail” in a controlled manner while maximize learning, how to limit the regulatory burden but ensure adequate technical and legal requirements and a discussion on acceptable levels of risk and burden sharing. This is not only necessary to encourage lunar missions, but to promote the competitiveness of the European space sector in a global context.

In addition, independent European lunar missions are critical for a number of reasons. First, it would give Europe’s lunar exploration plans long term stability and independence from the volatilities of political decision in the domestic systems of our international partners, as exemplified by the uncertainty regarding the US commitment to the Lunar Gateway due to potential redirection of funds to support the return of American astronauts to the lunar surface by 2024[ix]. Second, independent missions are crucial to foster European industry and level the playing field against our international competition. Lastly, in a NewSpace area there could be new ways of working together which would allow less public spending for lunar mission. For example, as NASA is doing through CLPS, where instead of facing the full development costs for a whole mission, they simply buy a ticket with commercial companies.

At SPACE19+ it is crucial that Germany and other European governments will support independent European lunar surface campaign missions, including the ISRU mission[x]. These projects are crucial for fostering a European lunar economy.

Europe must act now or be left behind

Looking ahead, there is no meaningful race to be the first to return to the Moon, but there is a race to develop the capacities to take part in a second era of lunar exploration. To be a partner with capacities to take one of the leading roles in larger international projects. To set the agenda and drive scientific exploration. And, to capture a part of the lunar economy. PTScientists wants to prove it is possible to develop a lunar company able to position Europe to do so. But, for us to succeed on this continent Europe must commit to lunar exploration and be willing to engage in a dialogue on how to best position its lunar industry. 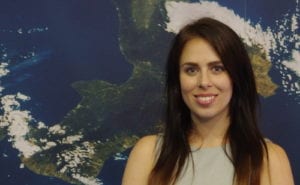 Mari Eldholm is the Governmental Affairs Manager at PTScientists. In this capacity she is responsible for coordinating and communicating with governments and other institutions, as well as space law and policy matters.
Before joining PTScientists she was the Executive Secretary of the European Centre for Space Law (ECSL), where she was responsible for the daily operation and representation of the ECSL. In addition, she was a Young Graduate Trainee in the Legal Services Department of the European Space Agency (ESA), and assists with matters relating to international and national space law, UN COPUOS and international relations. Before joining ESA and the ECSL, Mari was a Trainee, then Advisor, at the Norwegian Space Agency. As a Trainee she was the author of a report recommending that Norway should revise its national space law and join UNCOPUOS. In her capacity as an advisor she was responsible for advising the government on the process of Norway applying for membership at UN COPUOS in 2017.

[iii] European Investment Bank (2019) “The Future of the European space sector: How to leverage Europe’s technological leadership and boost investment for its space ventures” .Link: https://www.eib.org/en/infocentre/publications/all/the-future-of-the-european-space-sector-report.htm

[vii] European Investment Bank (2019) “The Future of the European space sector: How to leverage Europe’s technological leadership and boost investment for its space ventures” .Link: https://www.eib.org/en/infocentre/publications/all/the-future-of-the-european-space-sector-report.htm